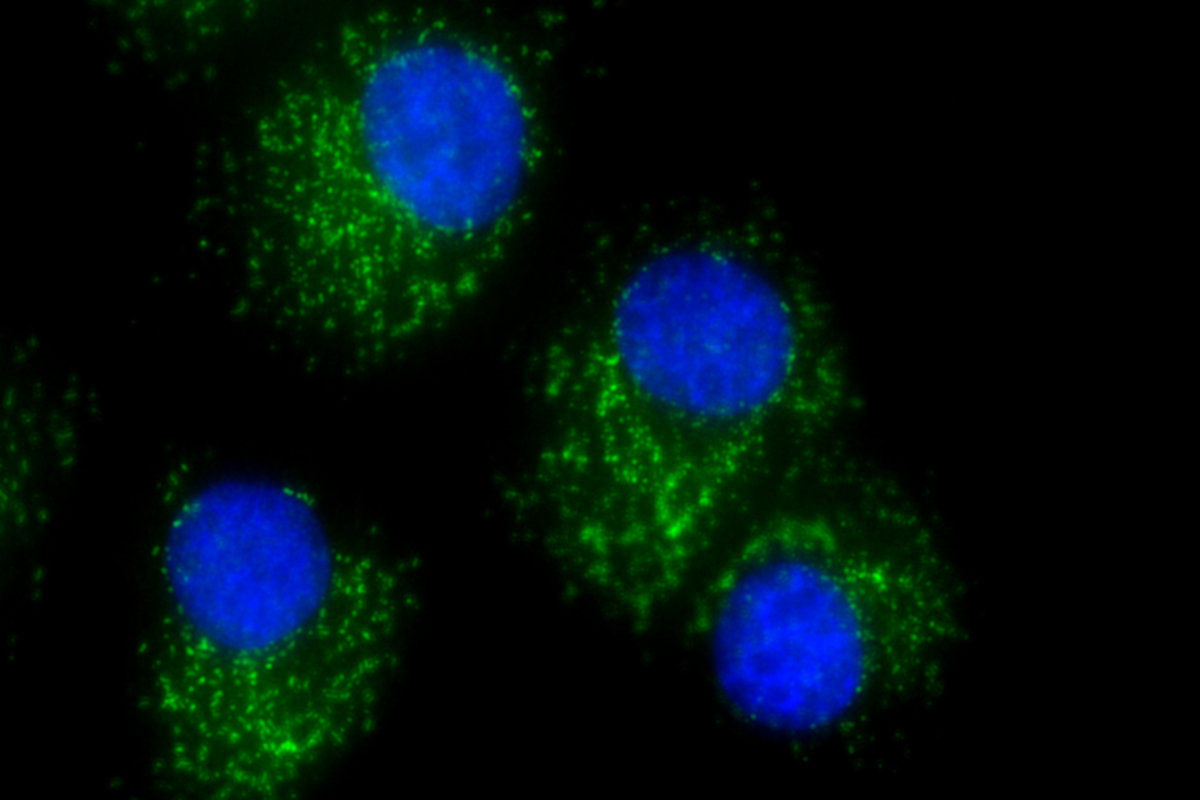 Preventing a protein from doing its job may keep a certain type of ovarian cancer cell from growing and dividing uncontrollably in the lab, according to a new study from Penn State College of Medicine.

In a study with cell cultures, the researchers identified the protein as a potential therapeutic target for high-grade serous ovarian cancer cells. Approximately 70 percent of patients with this type of ovarian cancer relapse with chemo-resistant disease, increasing the need for new approaches to treatment.

Katherine Aird, assistant professor of cellular and molecular physiology, and other researchers in her lab have identified a potential method to put high-grade serous ovarian cancer cells in a “sleep state,” called senescence.

“One of the biggest problems of cancer cells is they can grow forever without stimulus,” Aird said. “By inducing senescence, the cells can no longer divide and grow.”

Cells break down and build up the chemicals needed for supporting life through various cycles and pathways in a process known as metabolism.

“A hallmark of cancer cells is that their metabolic processes are often different from normal, healthy cells,” said Erika Dahl, PhD student at the College of Medicine and lead author on the paper. In the study, Dahl set out to evaluate the metabolic differences between normal fallopian tube cells and the cancerous cells.

The metabolites in each line of cells was quantified using spectrometry. After comparing differences in their metabolic processes, the lab found that the cancerous cells prefer to use sugars in the citric acid cycle, instead of making lactate, the more common route.

“Many therapies target glycolysis, but that may not be the best approach,” Dahl said. She noted often when targeting glycolysis, there could be toxic damage to normal, healthy tissue.

Further investigation revealed that inhibiting, or stopping the activity, of a specific protein — isocitrate dehydrogenase 1 — in the citric acid cycle led to a halt in cell division. Aird said that while mutated forms of this protein are common in other cancers, she and her team identified that the wildtype, or normal, form was present in high-grade serous cancer cells.

“The Food and Drug Administration has already approved a drug that targets the mutant form of the protein,” Aird said. “One of the drugs that target the mutant form can also target the wildtype form. One of our long term goals is to try and repurpose this already-approved drug as a treatment for this form of ovarian cancer.”

The research team found that inhibiting the wildtype form of the protein may be an effective strategy for future therapies for all stages of high-grade serous ovarian cancer. When these cells spread to other parts of the body, they adopt a form that is different from the original cancer cells. The inhibitor proved effective at arresting the cell cycle in both forms.

“It is important that therapies are effective at later stages, as this is when ovarian cancer patients are typically diagnosed,” Dahl said. Available data showed that the chances for progression-free survival decreased when the protein is highly expressed.

In the future, the lab will further investigate metabolic differences between normal and high-grade serous ovarian cancer cells. They will also look to see if combining the inhibitor with other therapies is effective.

The authors disclose no conflict of interest.