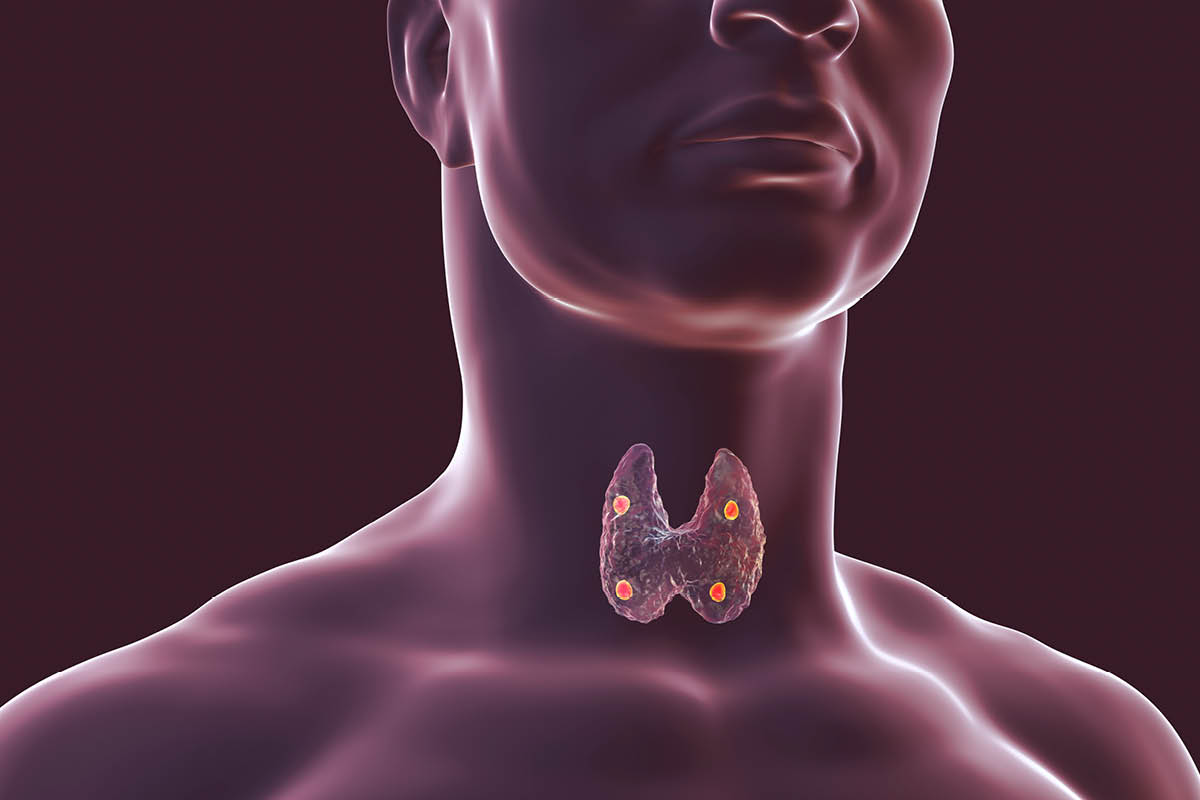 HERSHEY, Pa. – Researchers from Penn State College of Medicine identified a new gene mutation that may cause a type of familial thyroid cancer. Dr. Darrin Bann, an otolaryngology resident at the College of Medicine and lead author of the study, said that this mutation is the first and only mutation associated with familial thyroid cancer to be identified in a gene that is primarily expressed in the thyroid gland.

According to the researchers, people who have a first degree relative with thyroid cancer have a two to five-fold increase of developing the disease themselves. Identifying this mutation has helped the researchers understand why this form of cancer is more inheritable than other cancers. They published the study results in Cancer Research.

“Thyroid cancer is common and on the rise, and hereditary non-medullary thyroid cancers account for six to ten percent of cases,” said Bann. “Prior to this study, there was not much data to explain why this type of cancer was highly heritable.”

The researchers identified a family consisting of eight thyroid cancer patients across four generations. They used next generation sequencing, which can provide a full ‘picture’ of a person’s genetic makeup in less than a day, to examine every gene in the genome for all of the thyroid cancer patients in the family. When analyzing the data, they discovered all the family members with thyroid cancer had a mutation in a gene called DUOX2 – a rare mutation that occurs once in every 138,000 members of the general population.

The DUOX2 gene provides information for the creation of a protein called dual oxidase 2, which produces hydrogen peroxide and is found at high levels in the thyroid gland. After performing a series of biochemical analyses on the protein with the mutation, they were able to determine that the mutated version produced more hydrogen peroxide, rather than stopping the production of the chemical.

Hydrogen peroxide is used in the final stages of thyroid hormone production, but the researchers believe the excess may cause additional gene mutations – which may increase the risk of thyroid cancer.

“Hydrogen peroxide can harm genetic material through a process called oxidative damage,” Bann said. “This may be a common theme underlying genetic risk for developing thyroid cancer. If we can identify more mutations that increase risk for oxidative damage, we may be able to develop preventative strategies – including treatments with antioxidants.”

In the future, Bann hopes knowledge of this mutation can help create new models for studying thyroid cancer in the lab and the development of prevention strategies. While previous mutations have been identified in families with thyroid cancer, Bann says the DUOX2 mutation is the only one that connects directly to thyroid tissue.

Qunyan Jin and Glenn Gerhard of the Lewis Katz School of Medicine at Temple University also contributed to the study.

This work was supported, in part, by a grant with the Pennsylvania Department of Health using Tobacco CURE funds to Dr. David Goldenberg.

March is National Nutrition Month: Here's how you can reach your nutrition goals