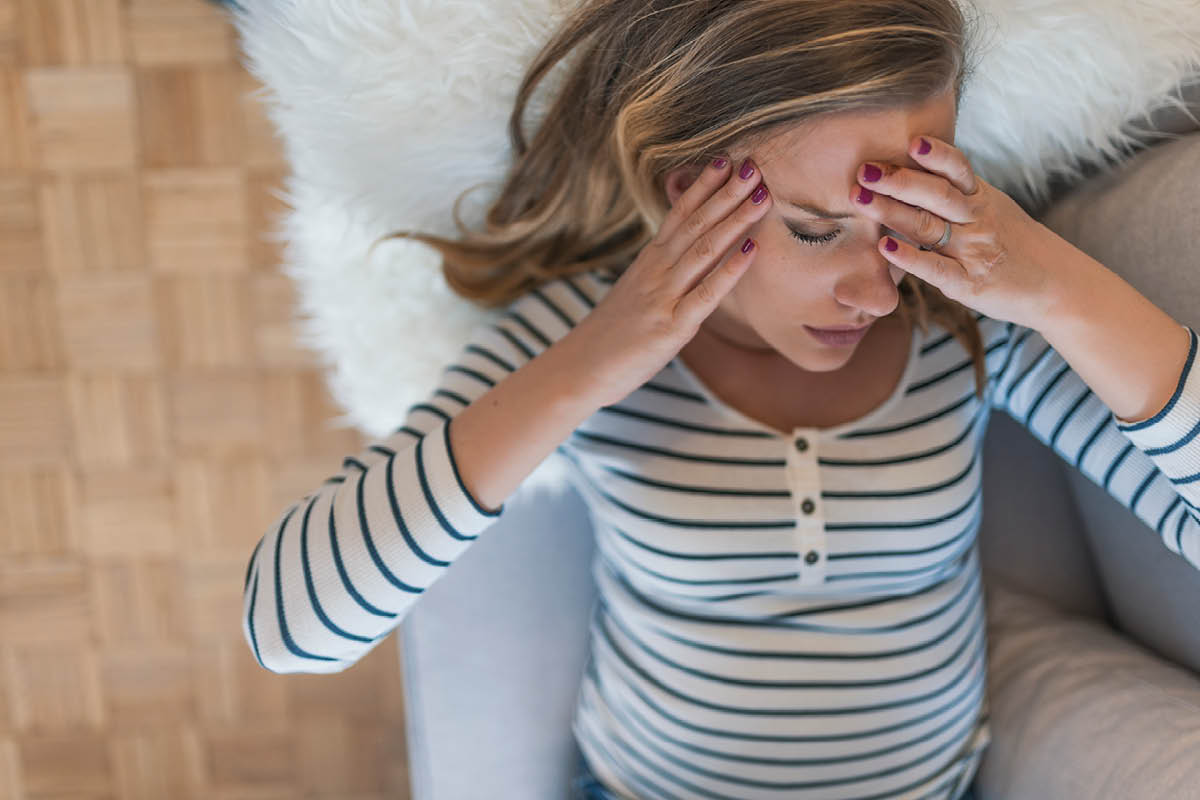 Many people think migraines are just bad headaches. But they’re so much more. In some people, they cause nausea or vomiting. In others, they enhance sensitivity to light, sounds and smell. Sometimes they cause vision distortion, numbness in an extremity or slurred speech.

While no cure for migraines exists, hope abounds thanks to major advances in research. “Ten new treatments for migraines have been approved by the U.S. Food and Drug Administration (FDA) over the past six years,” said Dr. Stephen Ross, a neurologist with Penn State Health Neuroscience Institute.

The new treatments bring promise for the estimated 38 million Americans who suffer from migraine attacks. While migraines can occur at any age, they’re most active from the teenage years through a person’s 40s. They affect about 20% of females and 6% of males.

Most people suffer from episodic migraines that occur fewer than 15 times per month. People with 15 or more migraine days per month over three or more months have chronic migraines. While treatment doesn’t work for everyone, “people can go into remission, with no attacks for months or even years,” Ross said. Many of the newer treatments offer moderate to significant benefits for patients.

The newest treatments include:

CGRP Inhibitors – These medications work to disrupt a protein called calcitonin gene-related peptide (CGRP), which is particularly active in people with migraines. “CGRP inhibitors act as speed bumps, in that they block the flow of CGRP to the brain, disrupting the signal that causes migraines,” Ross said.

CGRP inhibitors differ from traditional migraine medications like sumatriptan (Imitrex) in that they don’t constrict blood vessels. That means they’re safe for people who have had a stroke, heart attack or vascular disease.

Three CGRP inhibitors — erenumab (Aimovig), fremanezumab (Ajovy) and galcanezumab-gnlm (Emgality) — are delivered once a month, through a small needle placed under the skin. A fourth CGRP inhibitor approved in February, eptinezumab-jjmr (Vyepti), is the first approved for migraine prevention through IV infusion.  All of these work preventatively to reduce the frequency of attacks.

Medical Devices – Three new devices offer non-invasive non-medication migraine treatment. Cefaly is a nerve stimulator. When placed on the forehead, it stimulates a nerve that impedes migraine pathways. SpringTMS is a magnetic stimulator placed on the back of the head that disrupts migraine signals in the brain. Both can be used preventatively or in the moment. A third, gammaCore, is placed at the front of the neck and stimulates the vagus nerve. It’s for use in the moment.

Serotonin 1F Receptor Agonist – Lasmiditan (Reyvow) is the first in a brand-new class of drugs which stimulate the serotonin 1F receptor, thought to play a role in creating migraines. “These medications slow down the body’s pain pathways,” Ross said.

OnabotulinumtoxinA (Botox) – While not a new treatment, Botox is effective in people with chronic migraine. It’s delivered through a series of tiny injections in the scalp once every three months.

Insurers consider many of these treatments specialty drugs and may not offer coverage for them. “Insurers that will cover them do so as second- or third-line treatments, which means people will need to have tried at least two or three traditional treatment first,” Ross said.

With regard to medications not covered by insurance, Ross suggests contacting the manufacturer to ask about available discounts.