The Medical Minute: How to help teen drivers stay safe 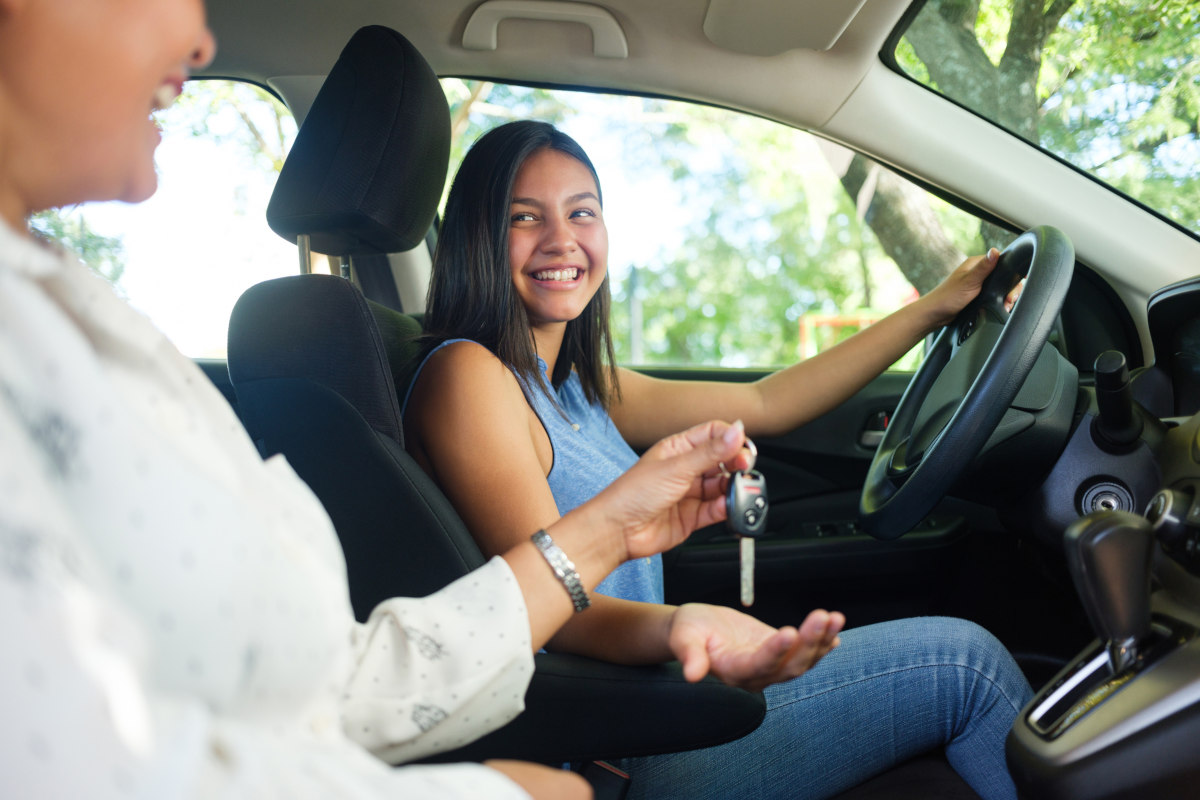 A driver’s license presents exciting new freedoms for teenagers and a whole new level of worry for their parents. Fortunately, there are steps that adults can take to keep their teen drivers as safe as possible.

Vehicle crashes remain the leading cause of death among teenagers. We are now in the middle of what historically has been called the “100 deadliest days” for this age group — the period between Memorial Day and Labor Day when the number of crash fatalities involving teen drivers rises.

According to Jodi Yocum, nurse manager with the Emergency Department Observation Unit at Penn State Health Milton S. Hershey Medical Center and interim program manager for Penn State Health Life Lion Critical Care Transport, most crashes happen late at night on the weekends. “But during these summer months, when parents are less likely to enforce curfews, every night can carry the same risk,” she said.

While summer brings added risks, the deadliest days for teen drivers are the first 365 days that they have their license, according to Kimberly Patil, an injury prevention and outreach coordinator with trauma services at the Milton S. Hershey Medical Center. She and Yocum are instructors in Hershey Medical Center’s driver education programs — Drive to Stay Alive, primarily for teens requiring court-ordered classes, and Share the Keys, a program for teens and their parents.

“Within that first year of driving on their own, we see a lot of accidents,” Patil said. “They no longer have that parent in the car saying ‘Look out for this.’”

Pennsylvania has a graduated license process that requires teens with a learner’s permit to wait six months and accumulate at least 60 hours of supervised driving with a parent or guardian before they may attempt to get their driver’s license. Patil stressed that those hours should be considered the bare minimum.

Driving with their teens is critical, but a parent’s role as their child’s driving instructor begins long before their child gets behind the wheel.

“From the moment you turn their car seat around, they’re watching you,” Yocum said. “If you’re speeding or texting on the phone, they’re seeing it.”

Those who fear they modelled bad behavior for their children over the years can take heart. “It’s never too late to build healthier and safer habits. Often, parents become aware of their own faults, particularly when they’re pointed out by their teens,” Patil said.

Both Patil and Yocum stressed the importance of communication between parents and their teen drivers and establishing consequences as well as rewards.

“Remind your teen that driving is a privilege,” Patil said. “Establish firm rules, like zero tolerance for alcohol and drugs, no traffic violations and no staying out past curfew. It’s really important to have those conversations before they’re let loose to drive on the road.”

Parents should have those conversations with their teens even if they’re a few months or years from applying for their learner’s permit, said Yocum. She recounted how her best friend’s son died in a car accident when he was 15.

“My friend came to talk to our class and said that parents should teach their teens to be a good co-pilot. If the co-pilot in her son’s situation had spoken up, the final outcome may have been different. Teach your teen to have a voice and speak up.”

Distracted driving is the top cause of accidents among teen drivers, according to the National Highway Traffic Safety Administration (NHTSA). Teens who dial a phone number while behind the wheel are 6 times more likely to have an accident; texting teens are 23 times more at risk of crashing.

Cell phones are the number one cause of distracted driving, but there are other common distractions that cause accidents, too.

“They include adjusting the radio, blasting music and talking with friends who are in the car,” Yocum said. “We had one teen recently tell us that he rear-ended a car because he was eating and not paying attention.”

Drowsy driving is also a leading cause of accidents with teens. “Between school and their extracurricular activities, sports and their jobs, our teen drivers face a significant risk of drowsy driving,” Patil said, adding that she and Yocum talk about the consequences of distracted and drowsy driving in their classes.

Driver’s education for teens and parents

Currently, 32 states require teens to take driver’s education classes before they can take the exam to get their driver’s license; Pennsylvania is not one of them.

“There is less and less driver’s ed offered here,” Patil said. “School districts have stopped offering it and the onus is now solely on the parents.”

Helping to fill this educational void, Penn State Health offers Share the Keys to parents and teens. The 60- to 90-minute program is intended to increase the understanding of Pennsylvania’s graduated driver’s license program and provide support for parents and teens to implement the program effectively. Share the Keys helps parents set rules, offer support and monitor their teen’s driving — all of which can help cut a teen’s risk of getting into an accident by 50 percent.

Due to COVID-19, Penn State Health will be offering a virtual presentation of Share the Keys on July 23, 2020 from 6:30 to 7:45 p.m. The live program is free and open to the public, but advance registration is required.