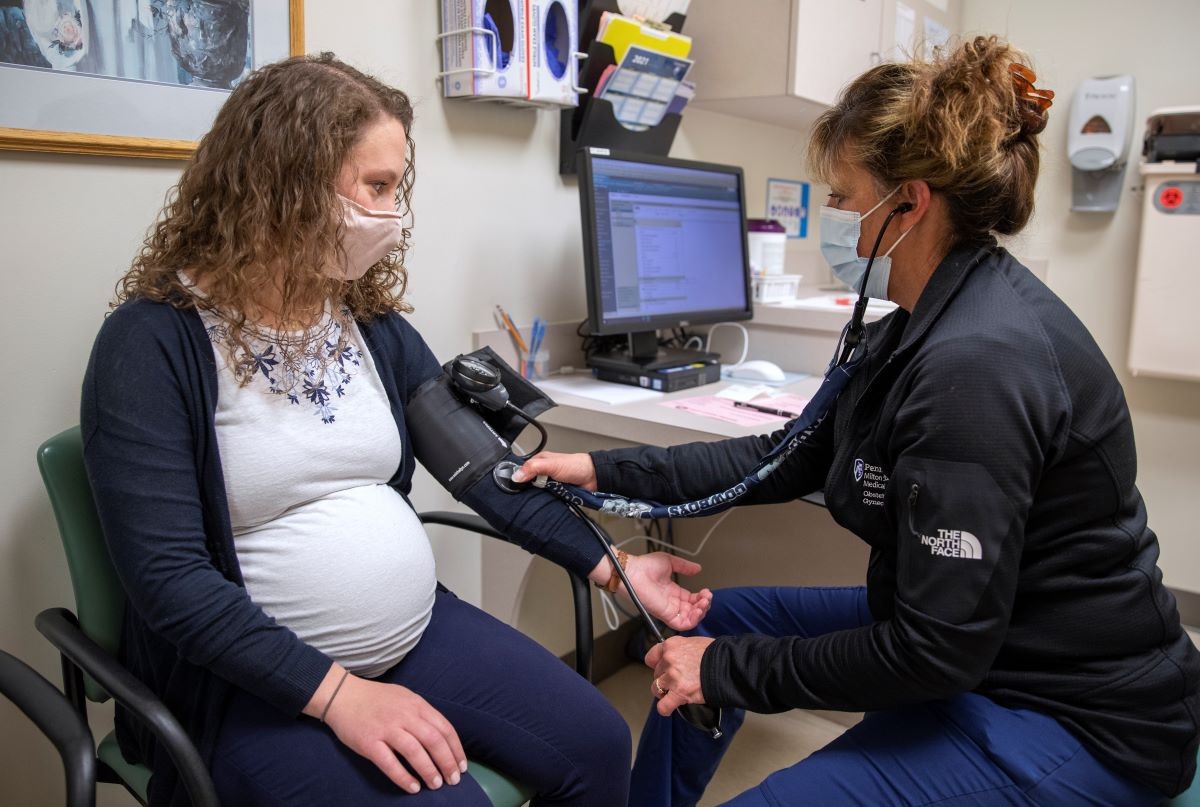 Ryan Warner has been teaching her second grade students at Forge Road Elementary in Palmyra in person, full time since last August. Like many, she’s looking forward to the end of a long, very unusual school year. She’s ready to welcome the summer break —and her third child, due at the end of May. 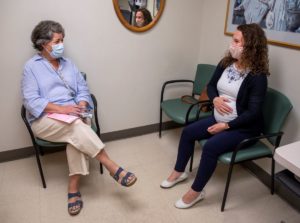 Warner plans to work until the labor pains begin. Being pregnant throughout the pandemic has been a blessing, she says, giving her something joyful to take her mind off “other strange, unknown things.” Overall, she says that she hasn’t been any more fearful than when she was pregnant with her two daughters — Greta, now 5, and Elsie, 3.

“With each of them, I had horrible morning sickness,” she explains. “The only way I made it through was taking it one day at a time until that magic moment with both when the sickness just stopped.”

She didn’t experience morning sickness this time around. Her friends told her – accurately, it turned out – that it meant she was having a boy. She did have some anxiety during her first trimester with her son, though. At six or seven weeks along, she started to bleed.

“I was worried. It hadn’t happened with my previous pregnancies. My midwife Courtney checked my hCG (human chorionic gonadotropin, a hormone produced during pregnancy) levels and ordered an ultrasound,” says Warner.

Courtney Murray is a certified nurse midwife at Penn State Health Women’s Health who has been her care provider for all three of her pregnancies. She called Warner with the test results. 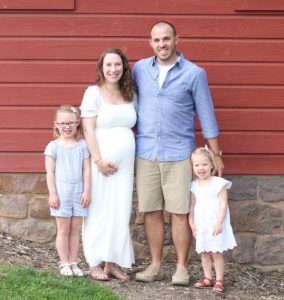 Ryan and husband Matt pose for a family portrait with daughters Greta, left, and Elsie.

“It turned out it was something pretty common, a subchorionic hematoma (bleeding between the uterine lining and outer fetal membrane) that eventually went away on its own. Courtney wasn’t worried about it, so neither was I.”

Warner calls her midwife “amazing. She’s very caring, very supportive,” she says. “Courtney has given me the best care throughout each of my pregnancies.”

Warner delivered her first two children at Penn State Health Milton S. Hershey Medical Center. Her two sisters delivered there as well. Combined, they’ve had six babies at the medical center. Now Warner will have her son at the new Women and Babies Center in Penn State Health Children’s Hospital. Her younger sister plans to deliver there in July.

Meanwhile, Warner is finishing the school year and preparing for her newly expanded family. Her hopes for Mother’s Day this year are simple.

“Last year, there were so many unknowns,” she says. “This year, it’s such an exciting time.” She looks forward to spending Mother’s Day outdoors with her husband, two daughters and very big baby bump.