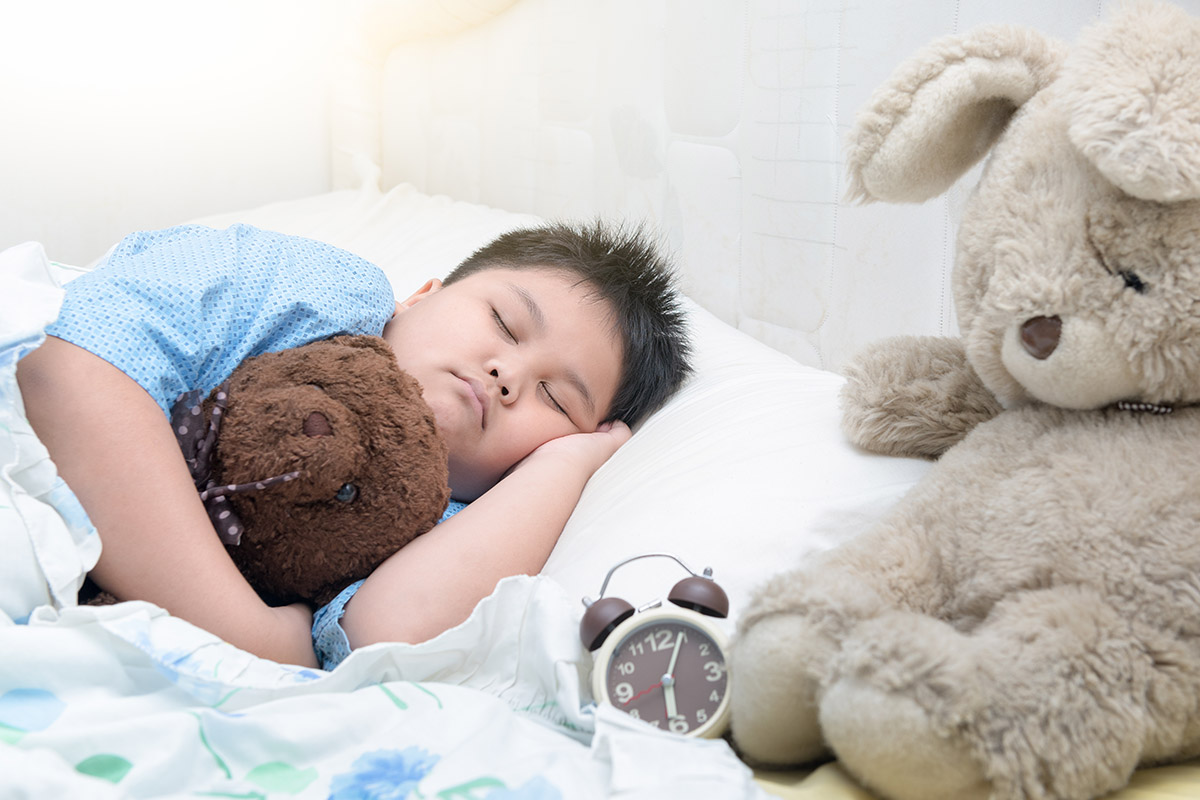 Children with obstructive sleep apnea are nearly three times more likely to develop high blood pressure when they become teenagers than children who never experience sleep apnea, according to a Penn State College of Medicine research study funded by the National Heart, Lung and Blood Institute (NHLBI), part of the National Institutes of Health (NIH). But children whose sleep apnea improves as they grow into adolescence do not show an increased chance of having high blood pressure, which is a major risk factor for heart disease.

Obstructive sleep apnea, a common sleep disorder that affects millions worldwide, causes people to briefly and repeatedly stop breathing during sleep. While it occurs mostly in adults, an estimated 10% of school-aged children can also suffer from it. Although almost half of them outgrow the disorder by the time they reach adolescence, another half remain with a chronic and persistent problem.

Julio Fernandez-Mendoza, lead researcher and associate professor of psychiatry and behavioral health at Penn State Health Sleep Research and Treatment Center, said the study, one of the largest of its kind in the pediatric population, underscores the seriousness of sleep apnea in children and the importance of early treatment. Since physicians cannot accurately predict who will outgrow sleep apnea, Fernandez-Mendoza suggests that early interventions may be beneficial to the long-term cardiovascular health of children.

“Previous studies have linked sleep apnea to high blood pressure and an increased risk of heart disease in adults,” Fernandez-Mendoza said. “Our research showed that pediatric sleep apnea can act as a gateway to future hypertension as these children transition to adolescence. Sleep apnea and its risk factors should be screened for, monitored and targeted early in life to prevent future cardiovascular disease.”

Marishka Brown, director of the NHLBI’s National Center on Sleep Disorders Research, noted that most of the sleep apnea findings in pediatric patients focus on the disorder’s behavioral effects, such as sleepiness, hyperactivity and cognition.

“There is limited data on either the short- or long-term impact on cardiovascular risk in this population,” she said. “The new findings address this knowledge gap and raise awareness of sleep-disordered breathing in children as a public health problem.”

In the study, published June 23 in JAMA Cardiology, the researchers enrolled 421 children ages 5 to 12 years and monitored them overnight in a sleep lab. They found that about 12% had obstructive sleep apnea according to pediatric diagnostic criteria. The researchers also measured blood pressure levels in this group. After eight years, the researchers evaluated these children again for sleep apnea and high blood pressure. At this point, the participants were on average 16 years old (ages 12 to 23 years).

The exact biological mechanisms underlying the link between childhood sleep apnea and elevated blood pressure in adolescence are unclear. Obesity is a driving factor of sleep apnea even in the young, the researchers said. Growing evidence also suggests that factors like increased inflammation and impaired heart function caused by changes in the sympathetic nervous system may be at play, given the independent contribution of sleep apnea to high blood pressure and orthostatic hypertension, they added.

Like adult sleep apnea, pediatric sleep apnea can be treated. For some specific cases, surgical removal of the tonsils and adenoids can help. Other cases may require the use of a CPAP machine (continuous positive airway pressure), a device that delivers air through a mask to keep the airway open when worn during sleep. For children with obesity, adopting a healthy eating and exercise plan that leads to weight loss can also help. Fernandez-Mendoza encourages parents to talk to their child’s pediatrician if they suspect sleep apnea and encourages clinicians to integrate behavioral weight loss in their management of overweight youth with sleep apnea.

Fernandez-Mendoza is currently conducting another follow-up study of these youth, now aged 20 to 31 years old, to better understand the long-term impact of childhood sleep apnea on cardiovascular health in adulthood.

Research reported in this study was supported by NHLBI and the National Center for Advancing Translational Sciences through Penn State Clinical and Translational Science Institute through grant numbers R01HL136587, R01HL97165, R01HL63772, and UL1TR000127. Researcher-disclosed conflicts of interest are noted in the manuscript.