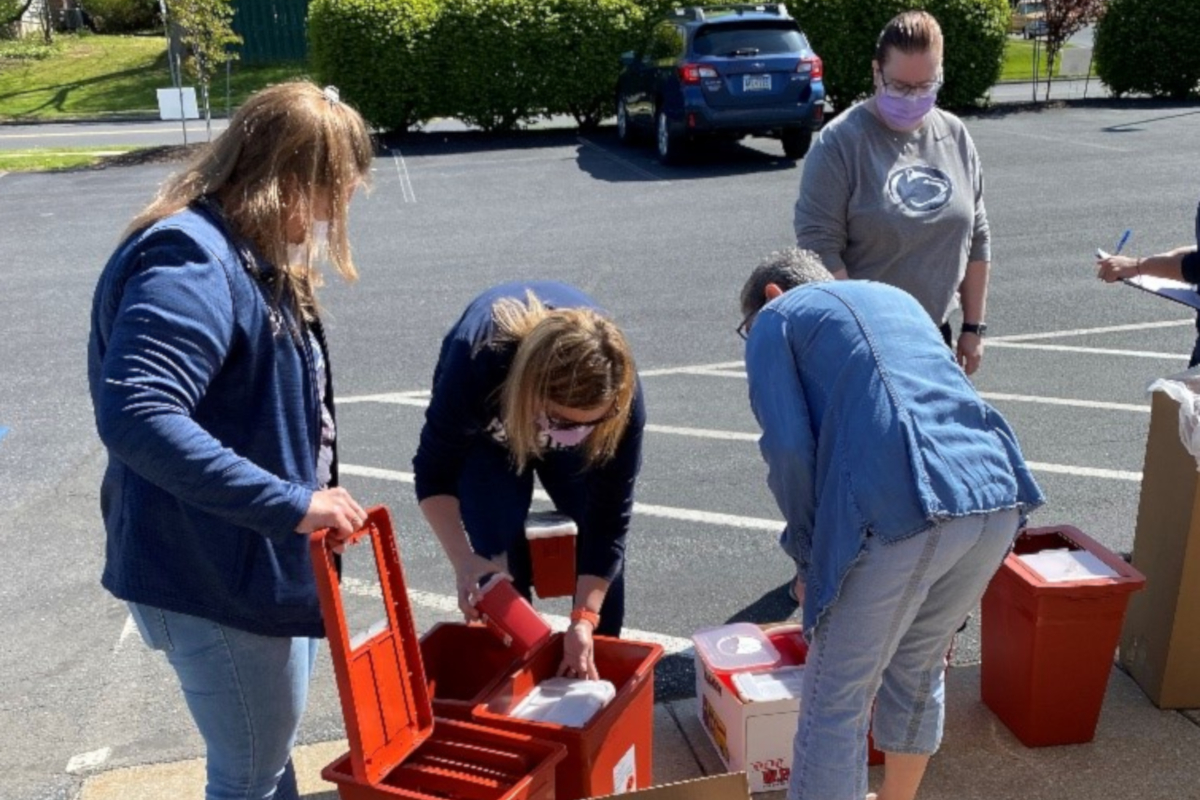 Since fall 2015, Penn State Health has held 13 such prescription drug take back events, collecting more than 5,900 pounds of unwanted prescription drugs and 214 sharps containers full of needles and syringes.

Properly disposing of medication, needles and syringes is important because expired medications have passed their half-life and can become ineffective. The chemical composition of the drugs can change over time and they could become potentially harmful or less potent. In addition, children can find the items and accidently harm themselves. Proper disposal also eliminates the temptation to self-medicate using someone else’s prescriptions.