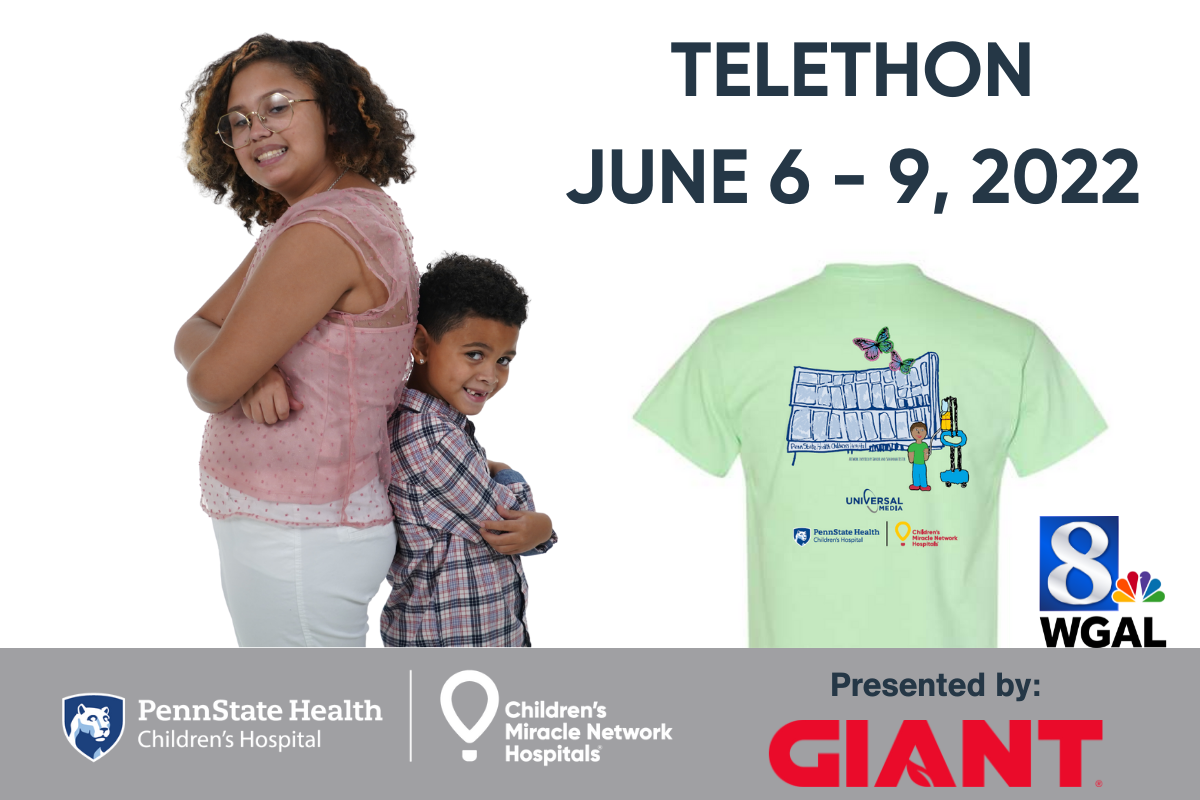 Telethon viewers will be encouraged to make a gift online at WGAL.com or CMNHershey.org. Donors who would like to give by phone may contact the CMN office at 717-531-6606 or they may mail their donation to CMN, P.O. Box 852, Hershey, PA 17033.

Among the children who will be featured are 7-year-old Xander and 13-year-old Savannah Hester of Wrightsville. Xander and Savannah have severe gastrointestinal issues and receive treatment at Penn State Health Children’s Hospital. The siblings designed this year’s telethon t-shirt, which will be given to donors who pledge $35 monthly. View a video about Xander and Savannah.