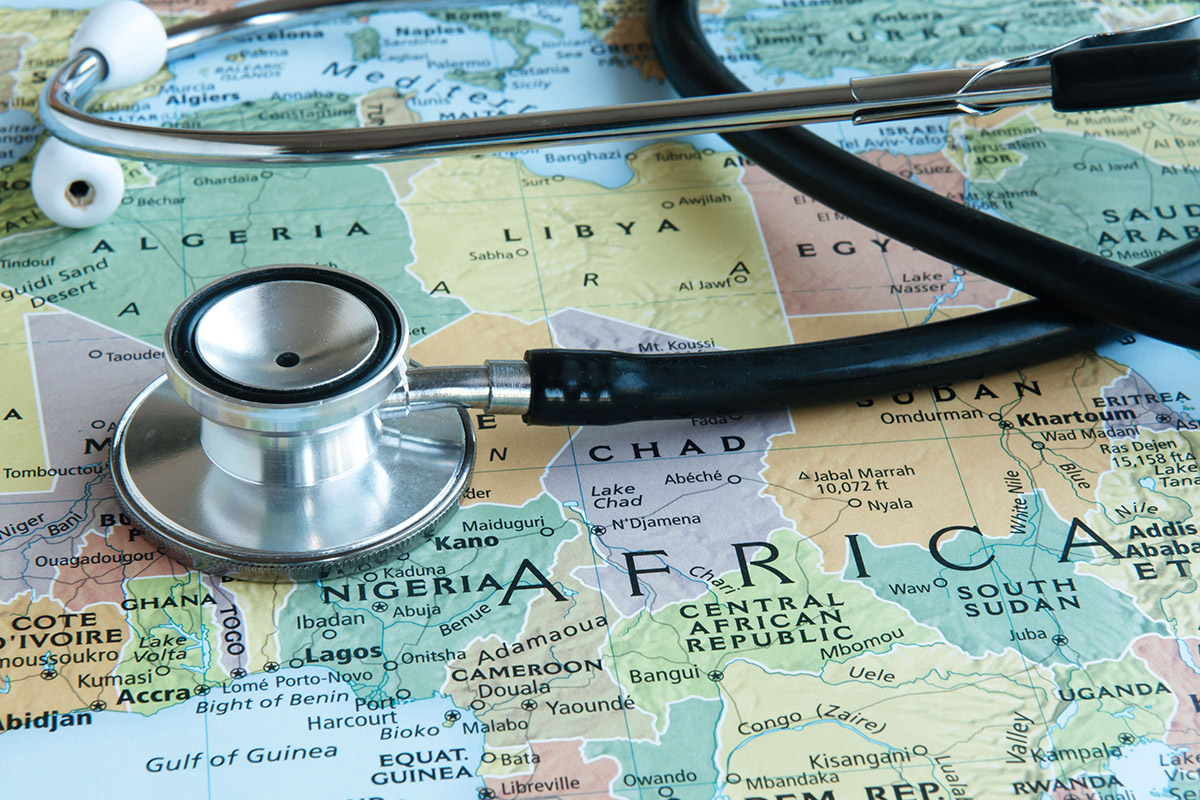 Cancer cases and deaths are expected to double in Africa during the next two decades, according to findings from a new study by Penn State College of Medicine researchers. The study also reveals that the region lacks sufficient health care resources and infrastructure to handle the growing cancer burden.

According to the study, researchers estimate that there will be 2.1 million new cancer cases and 1.4 million cancer-related deaths in Africa by 2040. The investigators noted that dietary and lifestyle changes, along with behavioral and environmental risk factors, may be contributing to the increase. The findings are insightful because they shed light on critical needs and could help with allocating resources. The researchers warn that unless steps are taken to increase awareness, improve prevention and mitigate risk factors, these increases would likely overwhelm health care capacity levels, delay cancer screenings and limit treatment options for patients.

The researchers gathered information from the International Agency for Research on Cancer’s Global Cancer Observatory database. The online system — GLOBOCAN 2020 — includes data from 185 countries worldwide and provides incidence and mortality rates for 36 types of cancer in 2020. The investigators analyzed country-specific incidence and mortality of 34 types of cancer across 54 African countries. The study examined patient demographics and the association between leading types of cancer and socioeconomic status. The researchers explored health care infrastructure and used the data from 2020 to forecast the cancer burden in Africa in 2040.

According to the findings, Africa had 1.1 million new cancer cases and 711,429 cancer deaths in 2020. The researchers found that breast, cervical, prostate, colorectal and liver cancers were the leading cancer groups in Africa. During this time, Egypt, Nigeria and South Africa were among the top-ranked countries for cancer deaths.

The study revealed that females are more likely to be diagnosed with cancer and die compared to males in Africa. Among women, breast cancer was the leading form of cancer new cases and deaths, while prostate cancer was the top cancer among men in 2020. Meanwhile, the investigators found that colorectal cancer ranked high for individuals in all 54 countries.

Researchers say the data indicate that the majority of African countries are ill-equipped to handle an increased demand for care. Twenty-eight of the 43 countries studied had a cancer registry, and less than half of the countries had cancer-related policies, strategies or action plans. To better prepare for the future, the researchers suggest implementing a multi-pronged, holistic approach to cancer care. Based on the evidence, health care providers may improve patient outcomes through awareness campaigns, vaccines, prevention strategies and expanding capacity for treating cancer.

“The disease landscape in Africa is undergoing significant changes, with rising morbidity and mortality due to non-infectious diseases such as cancer, owing to westernized lifestyles, dietary changes and the escalation of behavioral and environmental risk factors,” said co-lead investigator Rajesh Sharma, assistant professor of economics at University School of Management and Entrepreneurship at Delhi Technological University in India. “Cancer mortality rates in Africa are comparable to or higher than in other parts of the world, necessitating a comprehensive approach to cancer control and management, including, but not limited to, boosting cancer awareness, adopting primary and secondary prevention, mitigating risk factors, improving cancer infrastructure and timely screening and treatment.”

Read the full study in Frontiers in Public Health.