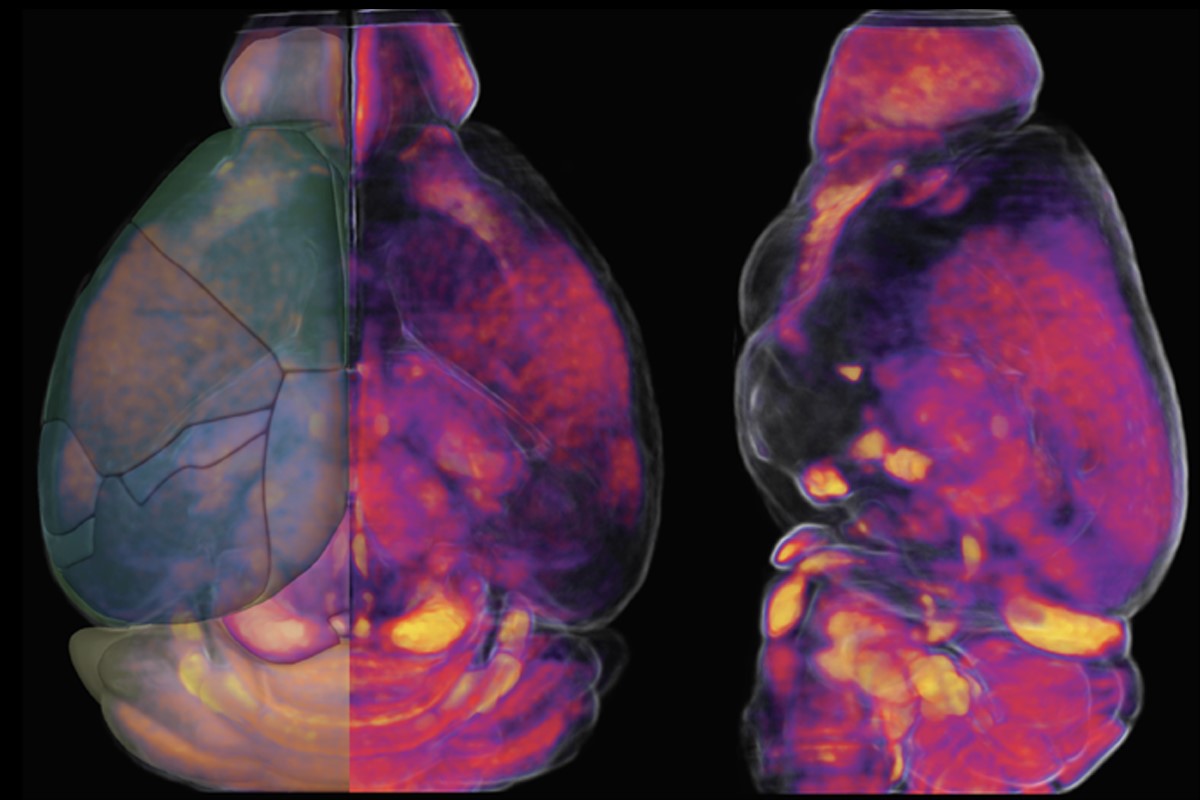 Areas of the brain vulnerable to neurodegenerative disorders like Alzheimer’s disease tend to have less dense vascular networks — which supply the brain with energy via blood — than other areas of the brain, according to Penn State researchers. They developed new maps showing how vascular cells and structures differ across various mouse brain regions that may help them understand how vascular supply relates to neurological diseases.

Brain health relies on efficient energy supply and waste removal via blood supplied by the body’s vascular system, which includes veins and arteries. Despite being only 2% of body weight, the brain consumes about 20% of body energy.

Dysfunctional vasculature has been implicated in many neurodegenerative disorders. Yet, scientists have limited knowledge on how the vascular network, which includes tiny microvessels, is organized across different brain areas, and the relationship between vasculature and key brain cell types, like neurons.

The research team, led in part by Yongsoo Kim, associate professor of neural and behavioral sciences at Penn State College of Medicine, found that areas of the brain that process motor and sensory information have a high degree of the vasculature. They also found that association areas of the brain, where different pieces of information are synthesized and processed, tend to have a lower degree of the vasculature.

“Loss or blocking of brain vessels, which occurs as people age, can further lower energy supply in regions that have a less robust vascular network at baseline,” Kim said. “As a result, neurons in association areas may undergo accelerated cell death, which has been linked with cognitive decline.”

According to the researchers, studies to mitigate cognitive decline historically focused on targeting neurons to prevent cell loss, while less attention was given to understanding how the brain environment, namely energy supply, contributes to neurodegenerative processes. They hypothesize that neuronal loss upon aging may be an outcome of dysfunctional energy infrastructure in the brain. Kim said studying the brain’s vascular network is challenging due to the small size of the vessels and cells that make up the vasculature and its complex connections.

“It is like figuring out every single thread of a spider’s web and its connections in three dimensions,” Kim said. To understand how the vascular network is organized and to understand its relationship with different neuronal cell types in a mammalian brain, the team used high resolution, three-dimensional mapping methods to examine the complete structure of the vasculature, pericytes (cells that control blood supply and vascular permeability) and key neuronal cell types in the adult mouse brain. “Our approach is to generate a comprehensive map similar to a Google map to see detailed cellular structures in the context of the whole mouse brain.”

Using complex algorithms and serial two-photon tomography, a technique for imaging a cross-section of an organism at single-cell resolution, Kim and colleagues generated maps of the vasculature in a whole mouse brain. They also genetically labeled different brain cell types to compare the density and spatial location of vasculature across various regions. They published their findings in Cell Reports on June 21.

Given their discovery that areas vulnerable to neurodegenerative diseases tend to have less dense vascular networks, Kim and his colleagues are comparing brain vascular network changes between normally aged mice as well as those that carry Alzheimer’s risk factors. They hope to gather evidence to support their hypothesis that changes in brain vasculature can lead to neuronal dysfunction linked with cognitive decline. In the long term, their research might provide clues and therapeutic targets to prevent age-related brain damage.

“Understanding how energy balance and its malfunction can lead to brain disorders could help prevent age-related neurodegeneration,” Kim said. “Our study provides an essential baseline to examine the relationship between vascular networks and neuronal cell types and how changes in these systems may contribute to different brain disorders.”

This research was supported by the National Institutes of Health (NIH) (grant numbers R01NS108407, RF1MH12460501, R01NS078168 and R01NS101353). The content is solely the responsibility of the authors and does not necessarily represent the official views of the NIH.