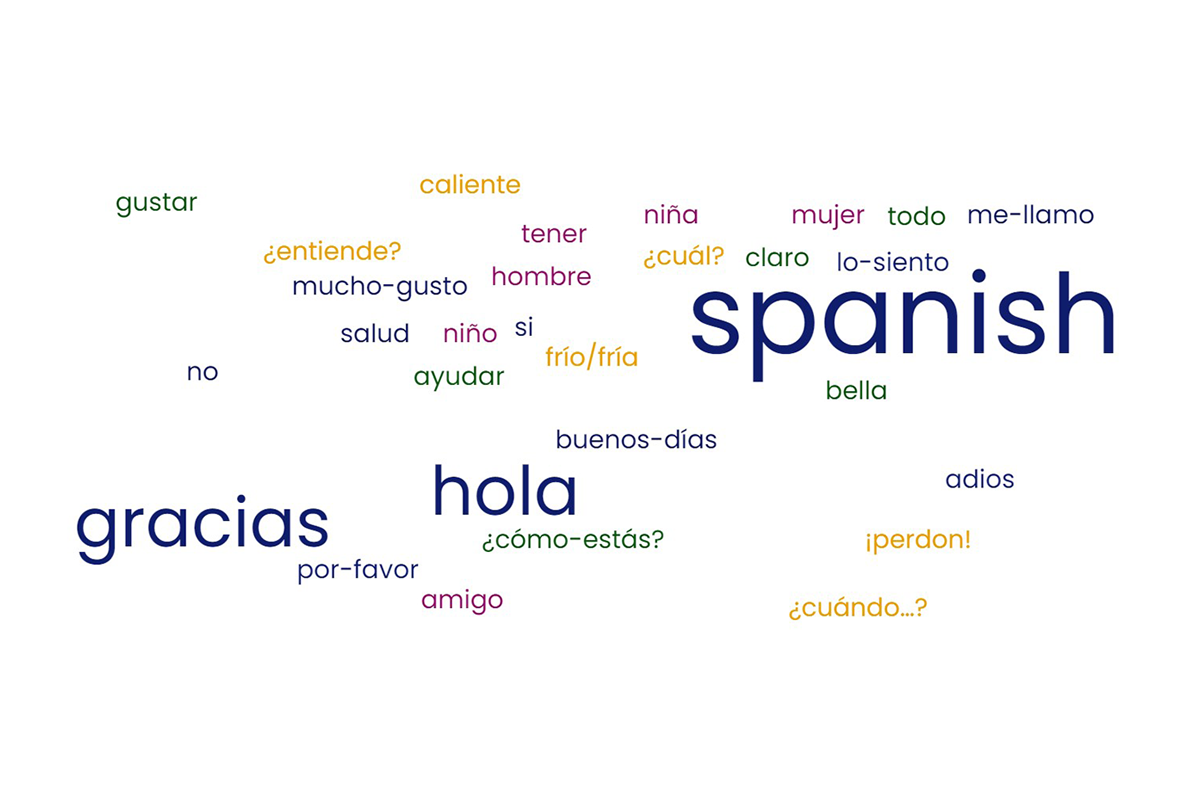 Penn State Health is committed to providing compassionate and culturally responsive care to all patients it serves. Addressing patients’ language needs is a critical step in achieving this goal. To date, 23 employees have completed a 10-week conversational Spanish course offered by the Penn State Health Office for Diversity, Equity and Inclusion.

The need for additional Spanish-speaking employees throughout the health system coincides with an increase in the number of Americans who speak a language other than English at home. In 2018, more than 50% of bilingual or multilingual adults in the U.S. spoke Spanish or Spanish Creole, according to the American Academy of Arts & Sciences. The Spanish-speaking (Hispanic/Latino/Latina/Latinx) community is also growing in central Pennsylvania. According to Highmark Health:

These demographic changes provide an obligation and opportunity for Penn State Health to identify ways to be more culturally responsive to the health care needs of our Spanish-speaking patients.

A number of Penn State Health employees brought forth a challenge in 2018 to provide quality and safe care for patients who spoke languages other than English. After learning more about these challenges, an Interpreter Services Implementation Team, with representation from Human Resources, patient/guest experience, Information Services and Dr. Lina Huerta Saenz from HMC Pediatric Endocrinology came together to identify strategies to increase the health system’s support of those who speak Spanish.

Courtney Miller, a strategic planning analyst and a member of the Interpreter Services team, conducted a survey in 2021 to determine the number of bilingual employees in the Penn State Health workforce. The results revealed 334 of approximately 18,000 employees identified as bilingual and were interested in becoming certified medical interpreters. Of those, 54.38% speak Spanish. The Office for Diversity, Equity and Inclusion now asks all new employees if they speak a language other than English, with the goal of increasing the number of bilingual employees. A significant development from the Interpreter Services team was bringing two on-site language interpreters onboard at Penn State Health Milton S. Hershey Medical Center.

The focus on bilingual employees was an organizational goal for fiscal year 2022 and became a critical strategy identified by a group of employees and community leaders who created the health system’s diversity action plan.

“The conversational Spanish classes align with our office’s commitment to increasing the number of bilingual employees by 5% year-over-year and have resulted in enhanced employee communication with Spanish-speaking patients, visitors and colleagues,” said Lynette Chappell-Williams, vice president and chief diversity officer.

The six conversational Spanish classes offered by the Office for Diversity, Equity and Inclusion have been praised by the nearly two dozen employees who completed the program. The last class ends on Thursday, Dec. 1.

“I am so grateful for the conversational Spanish courses offered by the partnership of our diversity office and Penn State,” said Courtney Miller, a strategic planning analyst. “The instructor geared instruction toward each student’s learning needs and objectives, and we were provided with a wide variety of learning resources. We even had a cultural cooking class! I truly cannot say enough positive words about my experience taking this course, and I am now able to better connect with our Spanish-speaking patients and staff.”

Misty Bowman, patient- and family-centered care program manager, noted that she hadn’t taken part in a Spanish course for many years. The classes offered by Penn State Health helped her regain some past skills and learn even more sentences and words to use in the hospital setting.

“I love using what I learned, and I practice with the in-house interpreters I oversee,” Misty said. “They converse with me in Spanish, and we often have a chuckle together when I cannot roll my r’s. Our instructor spent a lot of time having us practice everything he taught. He was patient, and everyone felt comfortable enough to try to say the words. We even made up our own sentences at the beginning of every class to share with each other and have a laugh together.”

In addition to the conversational Spanish classes offered by the Office for Diversity, Equity and Inclusion, the health system’s Security Department arranged for 17 of its officers to complete a work-specific Spanish class. During this class, officers learned Spanish words and phrases that will enhance their ability to communicate more effectively with Spanish-speaking patients, families and visitors. Approximately 20 to 25 officers will complete the course in January 2023. In addition, 40 medical office assistants, schedulers and registration staff will complete a similar program in November of this year.

The Office for Diversity, Equity and Inclusion is exploring whether to continue to offer the Spanish classes as well as expand the program to include other languages, including American Sign Language. Anyone interested in participating in a language course should contact Hector Ortiz, program manager for diversity and inclusion, at hortiz1@pennstatehealth.psu.edu.