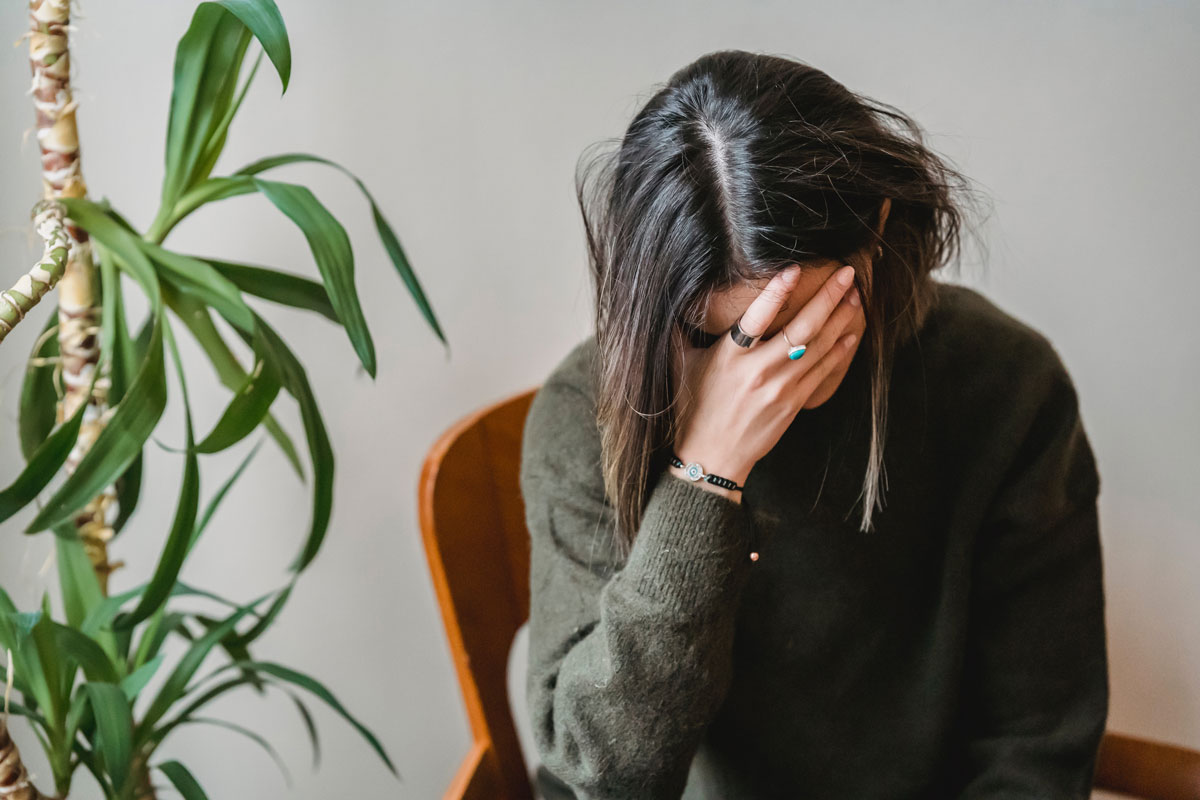 When most people think of the typical cancer patient, it’s often someone over 40 years old and possibly a heavy smoker or an unlucky kid. But for me, and many like me, we fall into a category known as adolescents and young adults (AYA), which is anyone between the ages of 15 and 39.

I fall at the bottom end of that age range, meaning when I was diagnosed and going through treatment, I was old enough to understand and remember everything that I went through, but young enough that all the decisions fell to my parents.

But sometimes I wish that I was younger when I was diagnosed as then maybe I wouldn’t remember as much as I do. Unfortunately, that’s not the case.

Because I do remember everything. I remember the pain I felt from the immunotherapy drugs, I remember the smells that would stay on my clothes and blankets after being at the hospital, and worst of all, I remember the screams of the little kids that kept me up at night.

All of these things have stayed with me and have added to my depression and anxiety and have caused my post-traumatic stress disorder (PTSD) and survivor’s guilt.

I’ve dealt with depression since middle school, following my fourth concussion that took away the one thing I cared about: basketball. I hated myself because I didn’t know who I was if I wasn’t a basketball player and hated everyone else because they got to do what I loved, while I couldn’t. It got so bad that I transferred schools the next year because I couldn’t stand to be there and not play.

Later that year, at 15, I was diagnosed with Hodgkin’s lymphoma. And that only made my depression worse because it put me through hell. I felt so alone, like no one understood what I was going through, not even my family. And when people did reach out, I felt pitied, like they only talked to me because they felt bad for me or because they wanted to feel good about themselves. I felt like they would just ask how I was out of courtesy, not because they cared.

But the worst thing that happened to me was losing my best friend, which caused me to spiral even further into a state of depression. She wasn’t gone, but she was gone from my life when it mattered. I needed her and she disappeared because it was “too hard” on her during her junior year of high school. Not having my best friend during this traumatic time was worse than all the physical pain I was going through. She hurt me, more than I realized back then. The whole thing made me question everything and made me feel like I wasn’t good enough, something I’m still dealing with almost seven years later.

Similarly to depression, I’ve dealt with anxiety since elementary school. It started as worrying about changes or new experiences, such as the first day of school or the first day of tryouts. While I still experience anxiety with changes, such as the first day of the new job or even social anxiety, following my experience with cancer, it has now started to surround cancer, as well. I’m terrified anytime I get sick because I worry that the cancer has come back, even if the symptoms I’m having don’t resemble the symptoms of the cancer I had. I’m terrified anytime I have a scan or appointment up at Hershey because there’s always a possibility that something could show up in the scan or in the blood work that would send me right back to where I was seven years ago.

It was following my cancer diagnosis and end of treatment that I began experiencing PTSD and survivor’s guilt. PTSD is a type of anxiety disorder, often associated with veterans and people dealing with war. But the truth is, anyone who experiences something traumatic can find themselves with it, and as a cancer survivor, I’d say it qualifies.

PTSD has caused nightmares and flashbacks to some of the worst moments of my cancer treatment. I experience flashbacks when I see a commercial full of bald children, or read an article that talks about cancer or just sitting in bed when my mind starts to wander.

The most prominent flashback takes me back to one of the times I was in the hospital overnight. There was a young boy, no older than 6 or 7, who I had met in the clinic. That day, we both ended up inpatient with some infection. I vividly remember waking up in the middle of the night to his screaming in the room next door. It went on and on and on for what seemed like forever. If I close my eyes, I can still here his screams.

As far as nightmares, they often portray me being diagnosed with cancer again. Each dream has different people, mostly due to who I’ve been around lately, but in each one, I’m always told that I have cancer. Sometimes I stay asleep long enough for the treatment to begin, sometimes I wake up as soon as I hear the word “cancer.” It all depends, but every time I have a nightmare about this, I wake up drenched in sweat and worried that my brain is manifesting something. The nightmares happen all year round, but I’ve found I have them more as I near my yearly checkup or when I’m feeling under the weather.

And finally, one of the worst things I’ve experienced mental health-wise is survivor’s guilt. Because I was treated in the Children’s Hospital, I saw so many little kids going through the same pain and suffering I was. The main difference being, I was 15 and understood what was going on, while they were 3, 4, 5, etc., and didn’t completely understand what was happening. For years now, I have struggled with why I made it through, while some of these kids and others like them may not have. It keeps up at night and makes me question everything. I’ve even said, “I don’t deserve to survive while lots of kids, younger than me, and probably with brighter futures, don’t get to.”

There’s really no rhyme or reason for when and why I get these thoughts; they just happen. It’s something that I think will plague me forever, but something I working on because, deep down, I know that I was meant to survive for a reason. Some people say that reason was to continue to be a big sister to my two younger siblings, or to share my experiences through writing or just because God had plans for me. I’m not sure how I feel about the last one, but I am trying to find that reason. It’s something I’m working toward every day.

I see a therapist and have been seeing one consistently for the last two- and-a-half years because during my treatment and in the years after, I kept most of what I was feeling bottled up. And it’s helped, but I have a long way to go because cancer, and my experience with cancer, is something that will affect me, not just physically, but emotionally and mentally, for the rest of my life.

Can We Exercise When We Are an Adolescent and Young Adult Cancer Survivor?