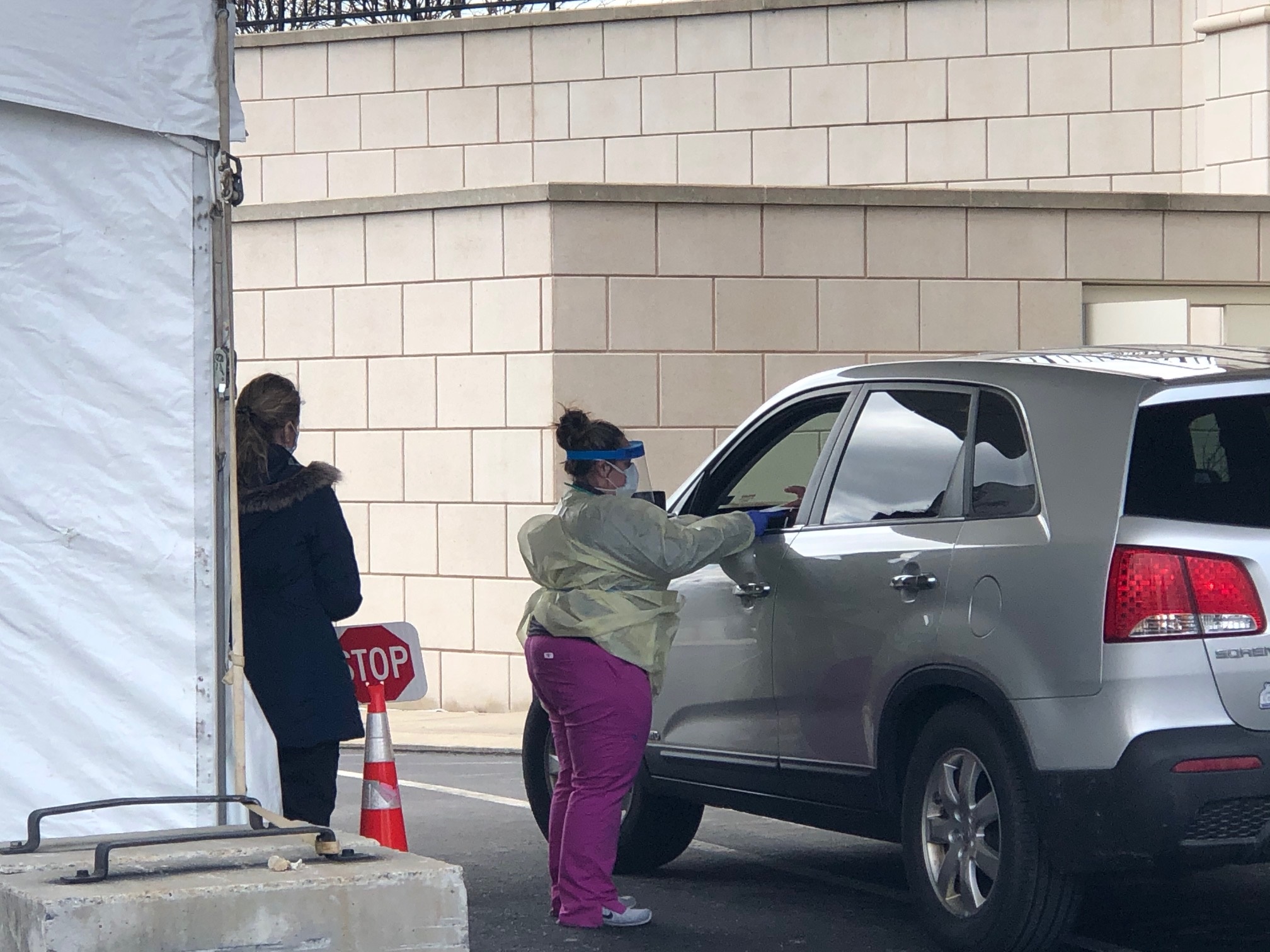 A worker at the COVID-19 testing site in State College registers an incoming patient.

In a show of comprehensive community care, Penn State Health and Mount Nittany Health partnered to open a drive-through COVID-19 testing site in State College on March 26. The new testing site is open weekdays from noon to 4:30 p.m.

“There has always been collaboration between Penn State Health and Mount Nittany Health with our family medicine residency program and physician support agreements,” he said. “This crisis collaborative came together seamlessly.”

When Tom Charles, executive vice president of system development and chief strategy officer at Mount Nittany Health, reached out to suggest the team effort in early March, Murray said he was on board right away.

“The idea was to operate on a big scale in one location, and we got to work on a plan that we could put into action,” he said. Geisinger Health System was also invited but chose not to participate, Murray said.

Anyone coming to be tested must be referred by a doctor from either health system and must have an appointment for testing.

At the site, patients stay their cars and are directed through three different stations where they are greeted, confirmed in the appointment schedule, registered and swabbed. All orders are sent to Mount Nittany’s lab. Results will be given to the patient’s provider within 48 hours, Murray said.

“We timed it, and it takes four minutes from a patient arriving at Station 3 to being out the driveway,” Murray said. “We think that’s pretty good.”

Murray gave a special shout-out to Phil Friedrich, a contract specialist in Penn State Health Strategic Sourcing/Contracting, for supplying resources such as tents and heaters to get the site up and running.

All quiet in the COVID-19 Unit — health care workers at St. Joseph battle the pandemic