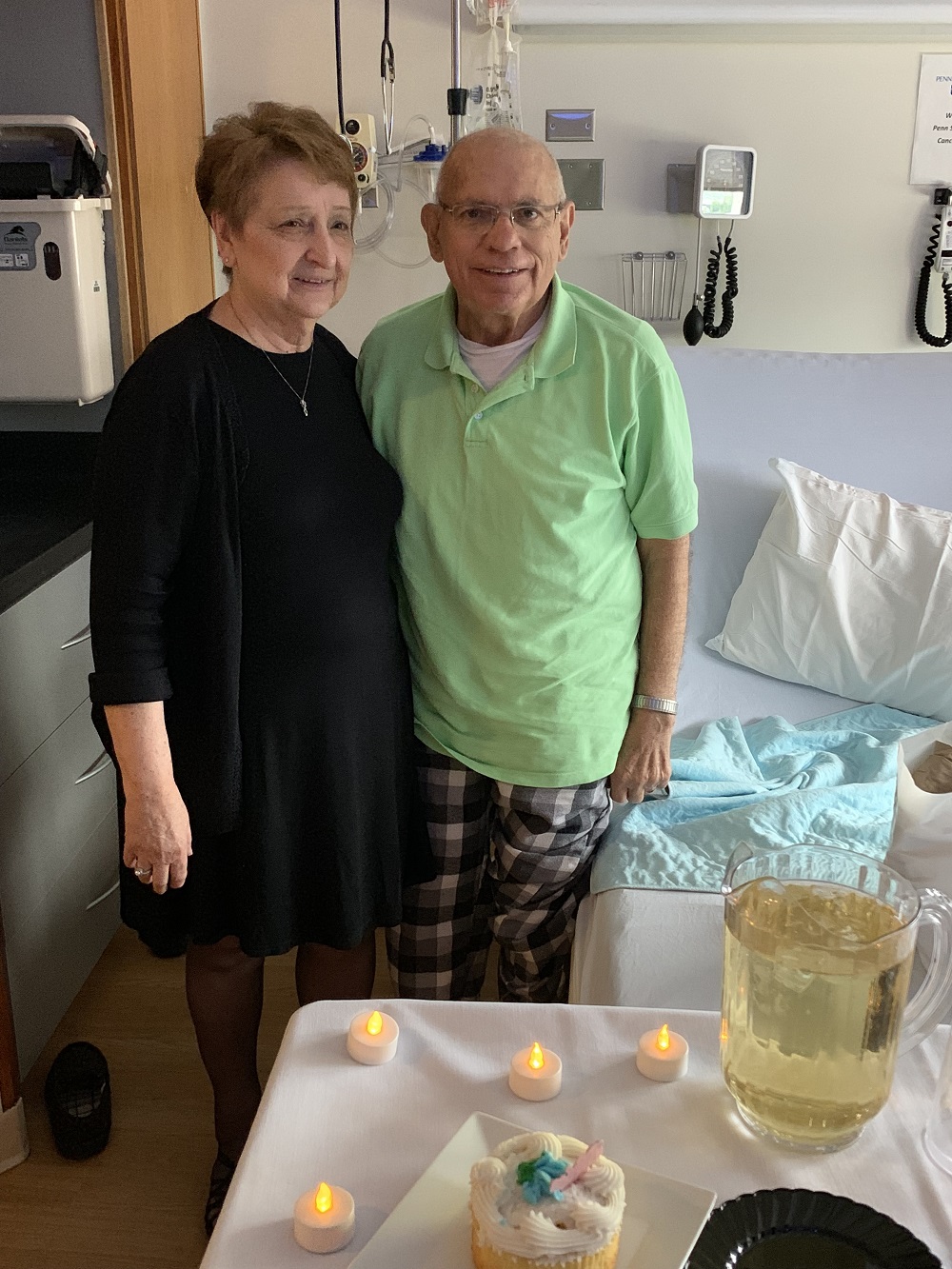 Bernadine and Charles Mineweaser mark their golden wedding anniversary with a special dinner and cake.

For decades, Charles and Bernadine Mineweaser of Osceola Mills, Pa., celebrated their anniversary by going to dinner at Red Lobster.

“It was our tradition,” Charles said. “I’d get steak, and my wife would get lobster tail.”

“My wheels started spinning,” Bowman said. “I wanted to be able to help them celebrate this special anniversary.”

Bowman contacted Red Lobster in Harrisburg, and the managers were happy to help. “I wasn’t expecting them to pay for the meals, but they insisted,” Bowman said.

Next, Patient and Family-Centered Care staff members contacted Food Services at the Milton S. Hershey Medical Center. “Food Services is always great to work with and provided a small cake for the celebration.”

One of Bowman’s staff members also purchased flowers and a card from the hospital gift shop and gathered some tiny tea lights to decorate the table. 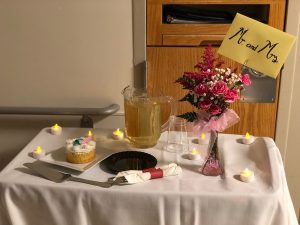 “We carried the table decorated with the flowers and tea lights into Charles’ hospital room,” Bowman said. “My staff and the nurses on the floor all walked in to congratulate them.”

“When they came in, I cried,” Bernadine said. “It was just so overwhelming to think that they would go and do this for us. They even had a bottle of sparkling grape juice, and all of the nurses and staff signed the card.”

For Bowman’s staff, being able to create such memorable moments is rewarding.

“When I hear occasions like this that are special, I will do whatever I can to make it happen,” Bowman said. “But I don’t do it alone. I have an awesome staff, and we do it together.”

Other memorable moments Bowman and her staff have helped create include weddings and graduations. They’ve even planned a gender reveal party for a terminally ill patient so she could find out the sex of her first grandchild.

“It’s about listening to the patients and families, learning what is important to them and making it happen,” Bowman said. “I thank them for allowing us to be part of their special story.”

Charles and Bernadine said they will never forget what the Hershey Medical Center staff did for them. “I can’t say enough good things about the hospital staff,” Bernadine said. “They are not only concerned about the patient but also the caregiver and family, too.”