MD/PhD Class of 2020 students find out their residency matches

While students did not participate in the public envelope-opening ceremony because of COVID-19, each student still received an individual message revealing the hospital where they will continue their medical training under the supervision of attending physicians.

Match Day, which takes place at medical schools across the country on the same day, is the culmination of a process that began months ago as students visited and evaluated residency programs, while programs simultaneously evaluated them.

See Match Day 2020 details and share congratulations with these students
MD/PhD students and their matches are as follows: 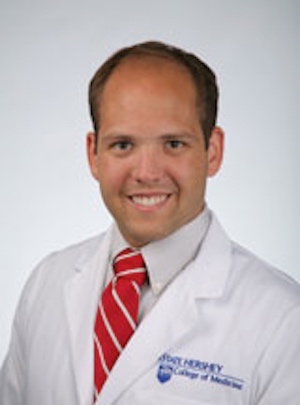 Richard Albertson conducted his PhD research in the lab of Melissa Rolls, PhD, at Penn State University Park. He was named to Alpha Omega Alpha Honor Medical Society this year.

Albertson is from Berwick, Pa., and has lived with his wife and daughter in State College for the past several years as he completed his PhD.

He earned his BS in molecular biology from Grove City College in 2010 and his PhD in neuroscience from Penn State in 2018. 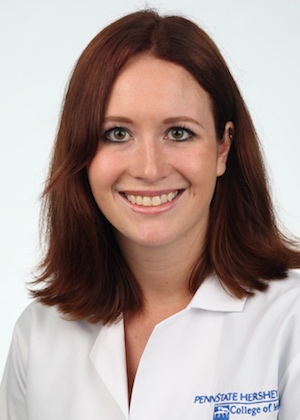 Sarah Jefferson conducted her PhD research in the lab of Bernhard Luscher, PhD, at Penn State University Park. She was named to Alpha Omega Alpha Honor Medical Society this year.

She was raised in Hershey, Pa., and is the daughter of Leonard “Jim” Jefferson, former chair of Penn State College of Medicine’s Department of Cellular and Molecular Physiology. 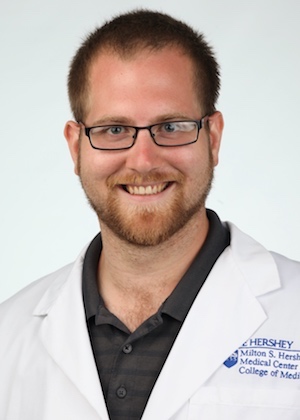 Brian Kinsman conducted his PhD research in the lab of Sean Stocker, PhD, formerly a professor of cellular and molecular physiology at Penn State College of Medicine.

Kinsman was raised in Chicago and earned his BA in biology from Lake Forest in 2009 and his PhD in biomedical sciences from Penn State in 2018.

He and his wife, Lisa, have lived in the Harrisburg area during his time in the MD/PhD program.