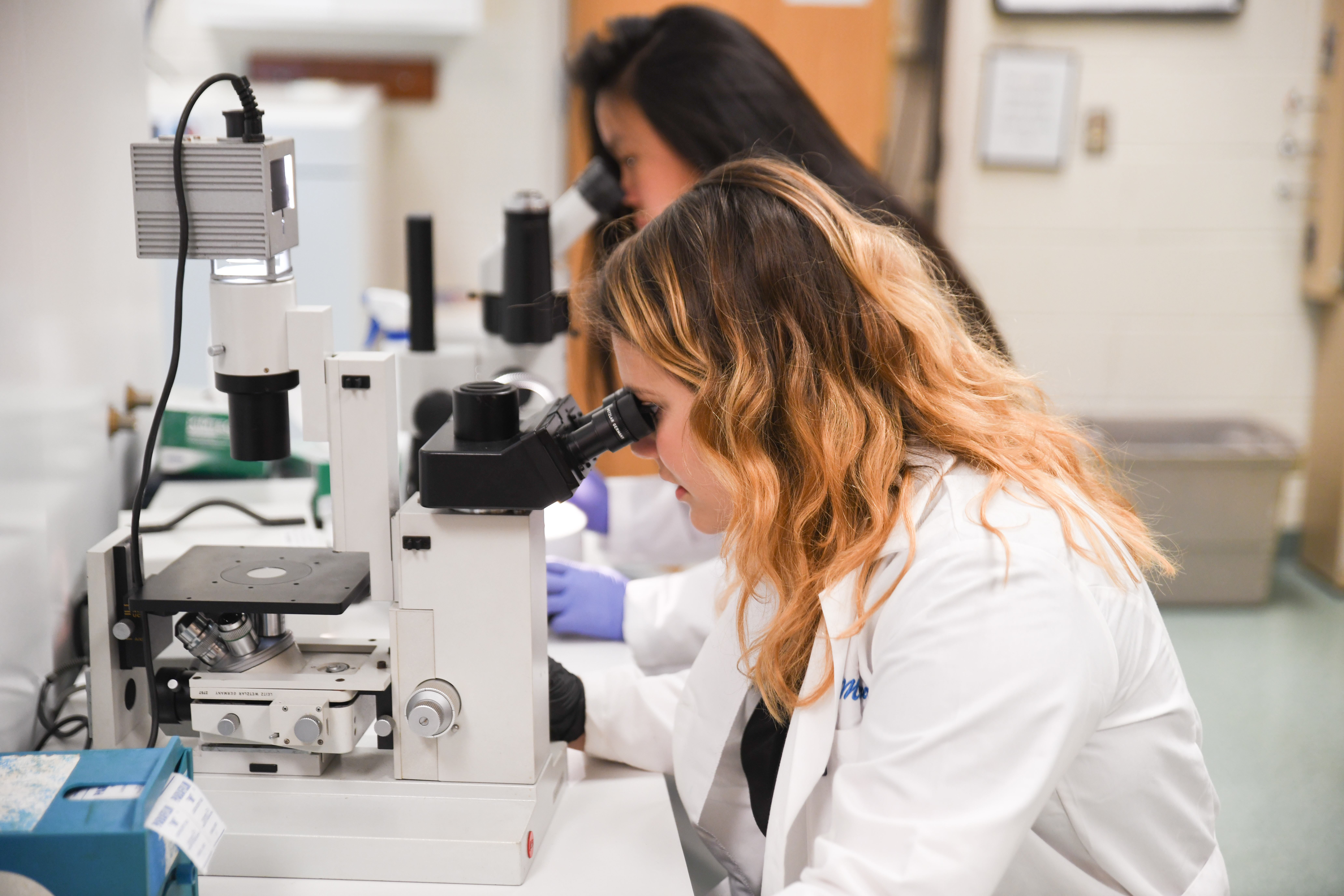 Rini Kaneria suspects that a peptide found in wasp venom could break down cancer cells.

And Rachel Maurer works as part of a team developing a way to use 3D printing and bioglass to create custom bandages and heal wounds faster.

Their work has drawn the attention of medical professionals at Penn State Health, financial support from cutting-edge companies and invitations to international science and engineering fairs.

Adelle Schade, a science teacher at Conrad Weiser High School in Robesonia, Pa., spent the past decade building a program now known as the Science Research Institute (SRI) that engages 130 students in scientific research of personal interest, some of which has patent potential.

While pursuing her own graduate work, Schade began bringing what she was learning back to her high school students. She mined professional connections and the local community to build donations of money, supplies and equipment.

“Public schools normally can’t afford to do this kind of thing,” Schade said. “But once you can show that the students are competent at what they are doing, people are more willing to help them.”

Last year, the school formed a partnership with Penn State Health through which medical professionals and researchers give lectures, mentor students and work together on projects of mutual interest. 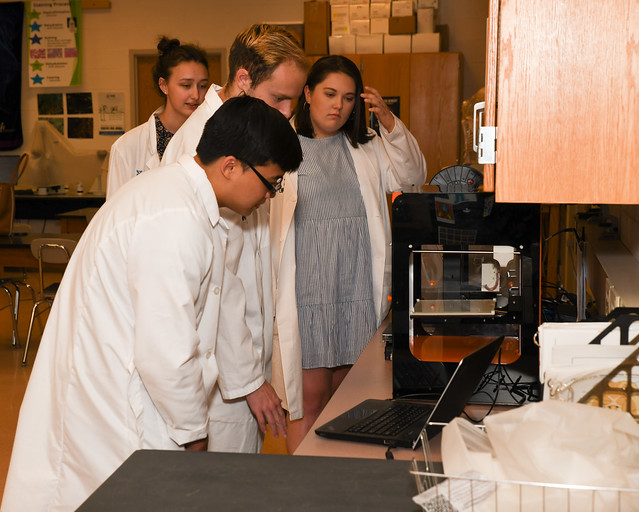 See photos of the student researchers in action on Flickr.

This summer, Dr. Stephen Cyran, a pediatric cardiologist at Penn State Children’s Hospital, will work with some of the teens to study the cardio impact of amusement park visits in children.His personal interest is exercise physiology, so he was intrigued by Schade’s decade of cardiac data from taking students to Hersheypark and the students’ question of whether amusement parks could benefit a child’s cardiac health.

“I have read a couple of negative things about rides, but the students’ concept is completely different,” Cyran said.

Conrad Weiser sophomore Rachel Kesselring couldn’t wait to join the SRI program after hearing about it from other students. She was excited to get a crash course on reading EKGs and echocardiograms at Penn State Health St. Joseph in preparation for work with Dr. Thomas Chin, chief of pediatric cardiology at the Children’s Hospital.

They plan to develop a study to look at the correlation between cardiomyopathy and sudden cardiac arrest in student athletes.

Chin said the partnership with Conrad Weiser is an important community service for Penn State Health. “It’s our role as an academic institution to get people involved in and enthusiastic about research and the scientific field,” he explained.

“They are so energetic, and the questions they ask are just amazing,” she said. “Some of the stuff they are doing is phenomenal – it goes over my head.”

Abbott has secured extra supplies and older, yet still functional pieces of equipment for the program and offered advice for curriculum and project development. “It’s unheard of what they are doing at Conrad Weiser High School,” she said. “There probably isn’t a high school in the United States with this level of curriculum.”

“We try to find out what they are passionate about,” she said. “We have them look at problems and then think about what they can do to figure out solutions.”

Students who are part of the institute attend a five-week intensive summer program and work on their personal projects before and after school, on weekends and school breaks. This summer, middle school students will be invited to join the program for the first time.

“Initially, our goal was to prepare our students so that they would have really high-level lab skills and could transition very smoothly into college research labs,” Schade said. “Now that we have done that, our goals are a little bigger. The students are seeing they can create things that are for the real world, and it’s exciting for them to see that what they are doing matters.”

On a recent Thursday afternoon, senior Rachel Maurer scurried down the hallway with a glass bottle of purple goop in her hand, talking a mile a minute about its bandage adhesive possibilities with an excitement typically reserved for the less academic aspects of high school.

Other SRI students read medical journals in their free time and watch videos of surgeries on YouTube.

Blimline, the senior doing forensic DNA analysis work, said school was never really his thing, but because of the SRI, he has found his niche. “Now, I have something I really enjoy, and I can do some really cool things,” he said.

He and others in the program plan to continue their research in college. Some have received scholarships and been courted by universities in a manner typically reserved for athletes.

Abbott summed up: “I honestly think these kids are going to cure cancer. They’re going to make a difference.” 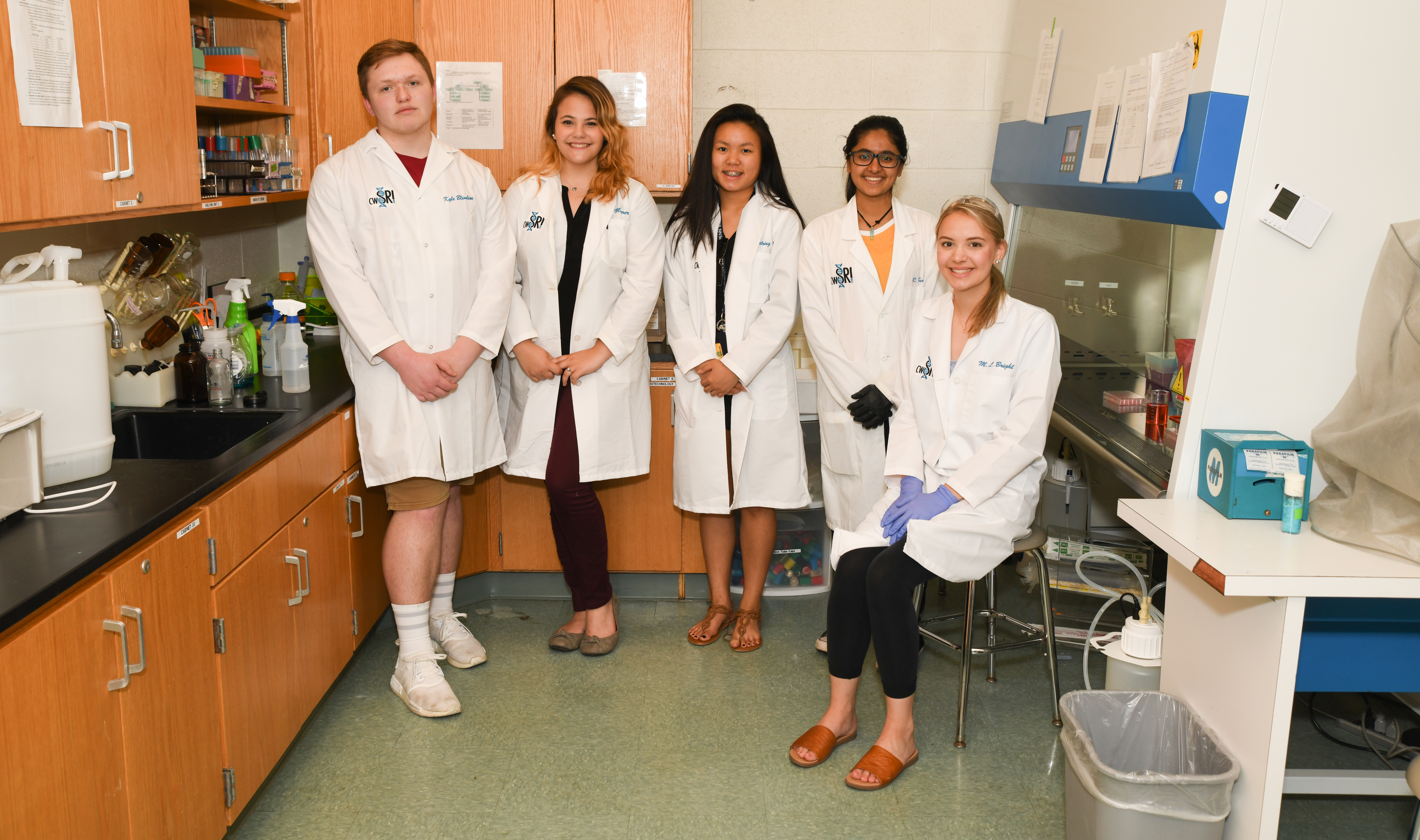