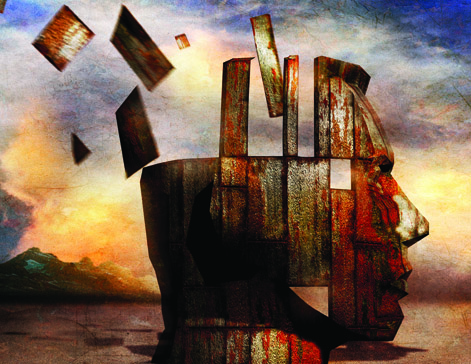 Specifically, Huang and her team of clinicians, engineers, kinesiologists, and computer scientists at Penn State have made the study of gait the focus of their research into identifying early signs of Parkinson’s disease. About 1 million Americans suffer from the tremors and movement abnormalities that Parkinson’s cause, and that number is rising as the population ages. “Over the past years, we have been focused on understanding what happens in the brain of Parkinson’s patients. If we don’t understand a disease then we don’t know how to treat, cure, or prevent it,” Huang says. “One of our projects was to try to detect Parkinson’s disease very early because we know the disease does not appear overnight; it develops over a long period of time. We have shown how we may use arm swing during walking as a potential early gauge of disease.”

Parkinson’s disease involves the death of dopamine nerve cells in the brain. Dopamine regulates dexterity, spontaneity, smoothness, and stability when a person moves. Today, the typical Parkinson’s patient does not get a diagnosis until their tremor or motor dysfunction is so obvious that the brain has already lost 60 to 80 percent of its dopamine. “One of the inspirations for our research was to be able to diagnose Parkinson’s before that 60-plus percent of dopamine is lost,” Huang says.

Huang’s breakthrough research into the role of gait in Parkinson’s disease began while she was at the University of North Carolina. She coauthored a scientific paper that reported that symmetry in arm swing differed significantly between people with early Parkinson’s and people who did not have the disease. She came to Penn State Hershey in 2008 to further her research.

“One of the attractions in coming to Penn State was the outstanding College of Engineering and a world renowned kinesiology department,” she says. “One of my goals was to collaborate with the talented faculty at University Park to help develop tools to diagnose Parkinson’s in its early stages.”

That multidisciplinary research team is now developing a portable device that can help doctors spot subtle changes in a person’s arm swing while walking and help diagnose Parkinson’s years before the brain loses significant dopamine cells. The device is easy to transport and uses sensors that strap onto the arms and body of the study subject, says Joseph Cusumano, Ph.D., professor of engineering, science, and mechanics at University Park. The idea is to have the clinician take movement measurements of a subject when he or she walks in a hallway. The sensors collect those measurements and download them into a laptop-like device that analyzes the data.

“It might be possible for a clinician to do this without our system, but it would require a great deal of training and also take a lot of time that most doctors cannot afford,” Cusumano says. “We can provide a simple system to record the needed data, then we turn loose these mathematical analysis algorithms that can give even the untrained doctor a formal, quantitative indication of the types of changes a person may show. Our system can provide information that otherwise might only be accessible to a few research physicians.”

In the past, research into movement and gait disorders focused mostly on the legs, Huang says. “We take arm swing for granted,” she says. “Scientists take it for granted also. There is not much research about arm swing. Why do brain disorders make us swing our arms less or more? We’re hoping that our study inspires more basic scientists to start paying more attention to arm swing.”

The early results have been encouraging. “The study we have just finished proves that our device works and that it can differentiate people with Parkinson’s from healthy volunteers,” Huang says. The research team reported its findings in April at the 2011 annual conference of the Gait and Clinical Movement Analysis Society in Bethesda, Maryland, and was awarded the prize for the best paper.

Members of the multidisciplinary team each bring something different to the table, says Stephen Piazza, Ph.D., an associate professor of kinesiology, mechanical engineering, and orthopaedics and rehabilitation at University Park. “The part that I’m in charge of is finding the best way to measure movements and finding the best way to turn that into a tool that might be used in the
clinic,” he says.

Work in the biomechanics laboratory in University Park helped the researchers hone in on measuring arm acceleration when a person walks rather than how far the arms swing, Piazza explains. “You can easily measure accelerations of a part of the body, such as the forearm, with wearable sensors, but measuring position with wearable sensors is a little bit more difficult,” he says.

Huang’s research into gait is but one area of Parkinson’sdisease she’s investigating. She currently has a grant from the National Institutes of Health to study how MRI can show differences in brain images of Parkinson’s patients. In 2008 she coauthored a study that showed low levels of LDL cholesterol—the so-called “bad” cholesterol—may have a link to a higher risk of Parkinson’s disease. Last year she contributed to another study that showed that how many years a person smokes rather than how many packs a day was important in decreasing the risk of Parkinson’s. While this finding might indicate a protective effect of smoking, Huang notes that the health risks hugely outweigh any benefit in decreasing the risk of Parkinson’s. Recently, her team also reported the role of manganese in neurobehavioral changes in otherwise healthy welders, a finding that may lead to a better understanding of the cause of neurodegenerative disease like Parkinson’s.

“We’ve really come a long way in treating Parkinson’s disease and improving the quality of patients’ lives, but we still have lot of work to do,” Huang says. “We still don’t have a way to slow the progression of the disease, we’re still not doing a good job of early detection, and we’re still not anywhere close to a cure.” But thanks to the patient volunteers and donors at Penn State Hershey, cure and prevention are drawing closer. “My research is inspired by my patients,” Huang says. “I believe that through our research and hard work, coupled with their support, we can really make a difference.”