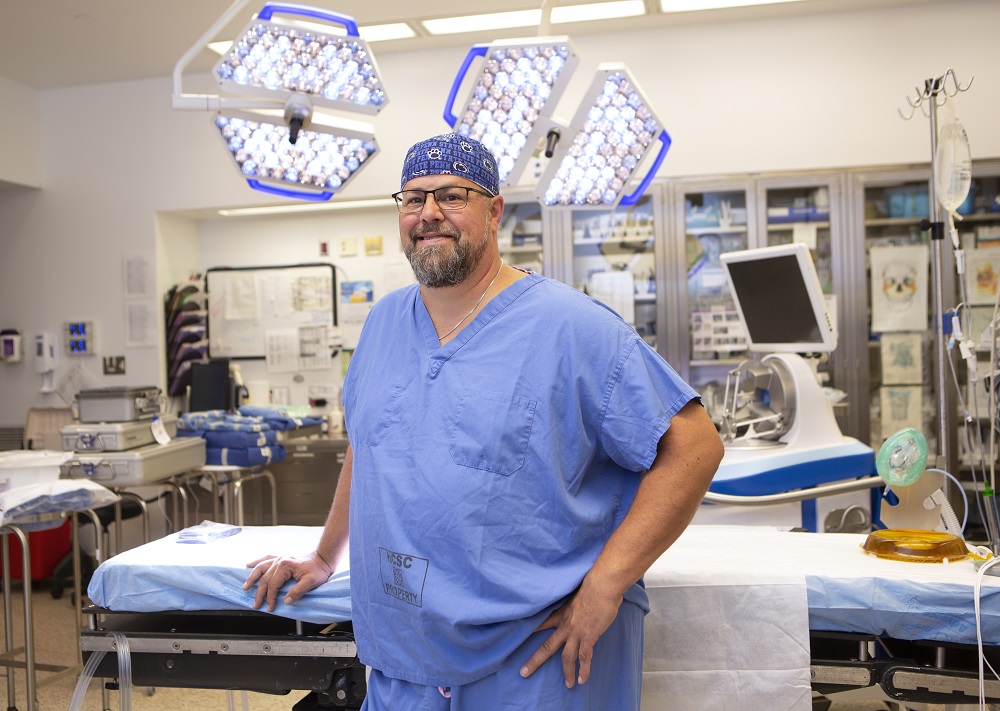 Glenn Weidler, a surgical technician, saved the life of a man while out to dinner with his family.

Glenn Weidler was enjoying dinner with his wife and in-laws at the Timbers Restaurant in Mount Gretna on Aug. 23 when he heard a thump behind him.

The surgical technologist at Penn State Health Milton S. Hershey Medical Center turned to find a man had fallen to the floor.

“He had no pulse, and he wasn’t breathing,” Weidler said.

He teamed up with a woman who had just been trained in cardiopulmonary resuscitation (CPR) the day before to administer CPR until a restaurant employee arrived with an automated external defibrillator from the fire company down the road.

They shocked the man twice and managed to get him breathing and bring back his pulse by the time a police officer and ambulance arrived to transport him to WellSpan Good Samaritan Hospital.

Kathryn Roberts, an employee at the Timbers, said many people showed concern that night and helped with the situation. “Some people wouldn’t be so quick to jump in as Mr. Weidler did,” she said. “We’d like to acknowledge him in some fashion.”

Neither Weidler nor the Timbers staff has heard how the man is doing, but Weidler said he had a good, strong pulse when the ambulance arrived and guesses “We probably saved his life.”

Rob Boesch, vice president of nursing, surgical services, at Hershey Medical Center, said it is a privilege to work alongside someone who would step up like that.

Weidler, who has worked at the Medical Center for 29 years, said it isn’t something any of his co-workers wouldn’t have done if they were faced with the same situation: “That’s what we are trained for.”

The Medical Minute: What you need to know about Lyme disease