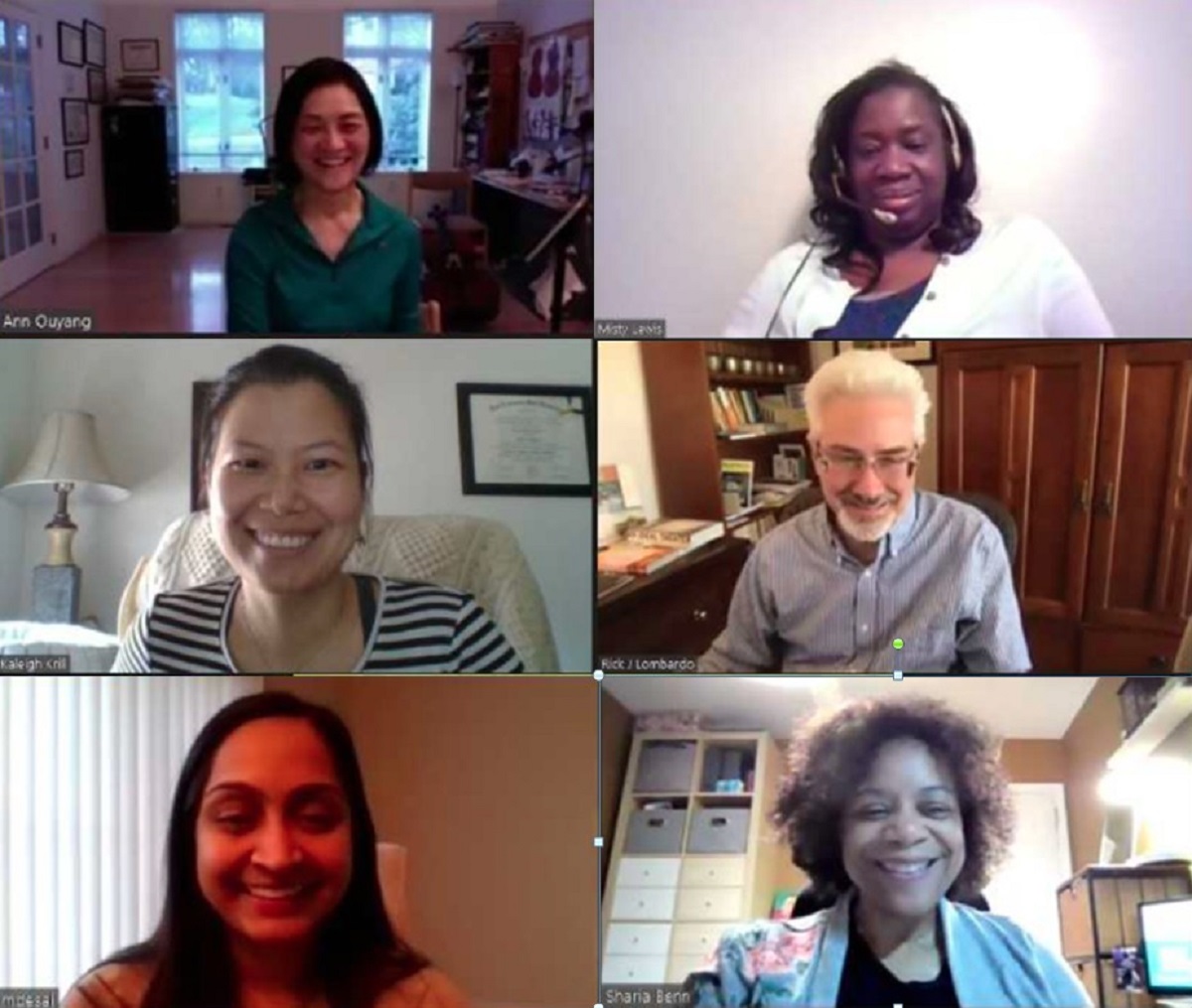 Changemakers Committee members discuss their call for employees to share experiences of unconscious and conscious bias.

Penn State Health and Penn State College of Medicine employees are encouraged to share their experiences of unconscious and conscious bias for future education programs to be presented by the Office for Diversity, Equity and Inclusion.

The project is being spearheaded by the Changemakers Committee, a grant winner of the Ripple Effect Competition presented by the Doctors Kienle Center for Humanistic Medicine last year. The center was seeking programs to improve the experience of Penn State Health and the College of Medicine’s racially and ethnically diverse staff, patients and learners.

The six-member committee is made up of Penn State Health and College of Medicine employees, a professor from the Penn State College of Arts and Architecture and a member of a Harrisburg theater company.

Staff can share their stories anonymously here by answering a few short questions. The deadline for submissions is Monday, May 31.

Unconscious bias involves using social stereotypes about certain groups of people to make assumptions. Conscious bias is characterized by behavior as subtle as excluding someone or as overt as physical and verbal harassment.

Submissions will be used to create interactive videos with scenes played by actors. The timeline has not yet been set for when the videos will be rolled out, but they will be part of a program to teach staff and students how to recognize bias and intervene when they see it happening.

The group also hopes to use the videos as part of an orientation for new employees, students and residents. Other ideas include displaying the videos in waiting rooms and disseminating them to the community.

“We all share stories about events that occur in the course of our workday,” said Dr. Kaleigh Krill, an internal medicine physician and captain of the Changemakers Committee. “Unfortunately, some of the stories involve conscious and unconscious bias that we witness or experience.”

Committee co-captain Misty Lewis, a clinical trials data specialist, said the effort is important because those who are on the receiving end or a witness of bias often feel alone.

“In casual conversations, stories are often heard about the prevalence of bias, so we know it occurs,” said Lewis. “We’re hoping for a large number of contributors to the project. Support of the project will raise the comfort level of our Penn State Health and College of Medicine community to discuss witnessed or experienced bias as well as use appropriate tools to intervene if they see it happening.”

Committee member Dr. Meeta Desai, a gastroenterologist, agrees. She said it is important to educate the entire College of Medicine and Penn State Health staff because everyone can experience bias, from physicians and researchers to schedulers, nurses and food service workers.

“The goal is to improve the day-to-day lives of everyone in the health system,” she said.

Giving people the tools they need to deal with colleagues, patients and others who show bias is critical, Krill said.

“We all want to promote a diverse and inclusive environment for everyone who works here and who chooses Penn State College of Medicine and Penn State Health for their education and care,” she said. “This can help us get to that place.”

The end result of this work will impact more than Penn State Health and the College of Medicine, Lewis said.

“It lets the community know that Penn State Health cares, and we want to help to make a difference,” she said. “This will make our health system more inviting to the public.”