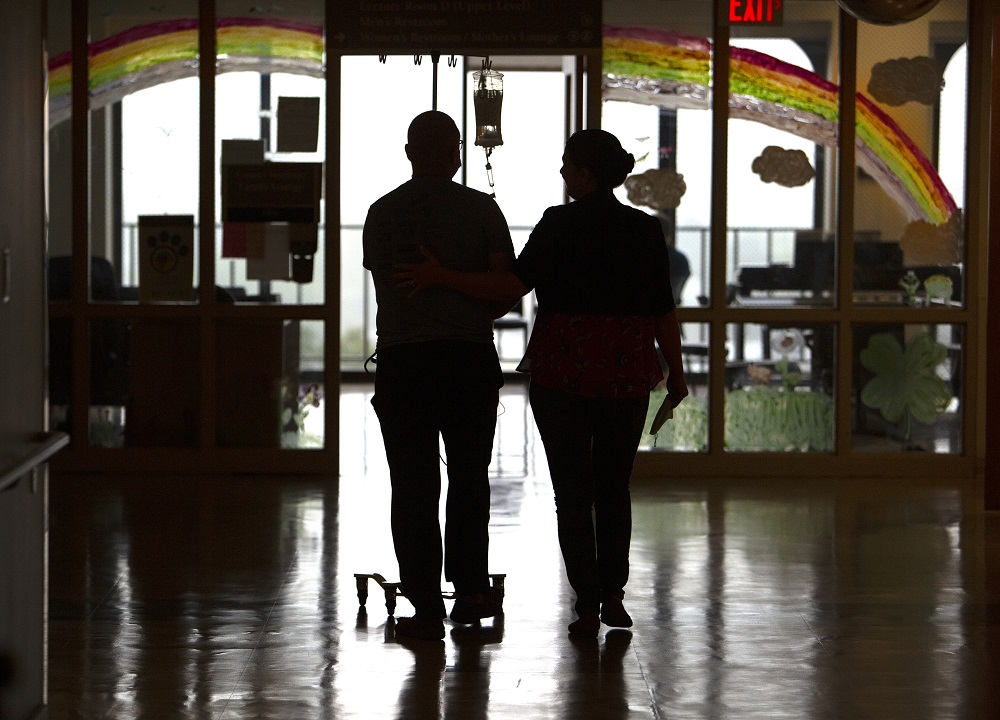 Looking back, there were clues that Tim Card would soon be fighting for his life – his body was sending signals that he was misreading.

Because who would ever think a 40-year-old owner of a CrossFit gym and father of seven suddenly would have an aggressive form of cancer?

“I knew I was ‘off,’ but I couldn’t pinpoint it, and it wasn’t all the time. I figured I was just tired,” the Mount Joy resident said, recalling how he felt in September 2017.

Then, a month later, he got a pain in his side that wouldn’t go away and finally took him to the ER. Had he pulled a muscle? Eaten something that didn’t agree with him?

Five biopsies later, the unfathomable was suddenly real: diffuse large B-cell lymphoma, centered on his left side with cancerous lymph nodes above and below his diaphragm.

“It felt like an out-of-body experience – it can’t be right,” Card said of the diagnosis. “All the things you’re not supposed to do-drink, take drugs, eat too much – I don’t do.”

Card-with his wife Tricia and large family cheering him on-set his sights on six rounds of chemotherapy, and then he’d get on with his busy, crazy, wonderful life.

The treatments and accompanying steroids robbed him of the physical stamina he worked so hard to maintain and replaced his good nature with a short temper.

His fuse, he said, ran short, and his children, ages 18, 17, 14, 11, 9, 7 and 5, were “seven little matches running around.” The disease took its toll on his marriage too, making him feel useless while his wife juggled work, home and his illness.

Yet he wore hope like a well-loved robe, thin in spots but still able to provide cover.

Until the follow-up scan.

While the cancer had abated after three rounds of chemo, a check after the sixth round returned devastating news: the mass in his side was growing again.

Unbeknownst to him, Card was about to make history at Penn State Cancer Institute as the first recipient of chimeric antigen receptor T-cell therapy, or CAR-T therapy. 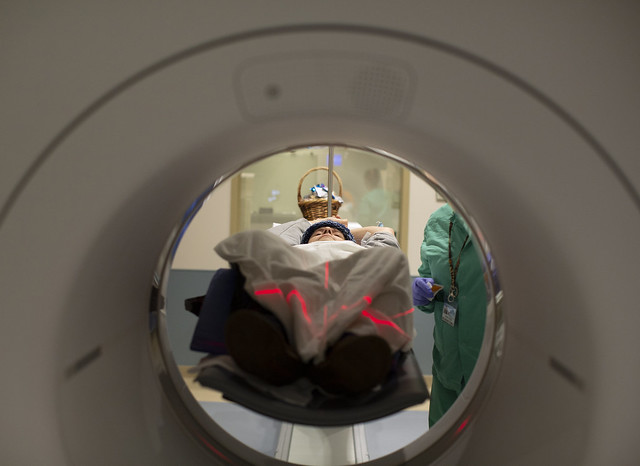 The Cancer Institute, located on the campus of Penn State Health Milton S. Hershey Medical Center, is the first and only health care facility in central Pennsylvania to offer this lifesaving treatment to adult patients with lymphoma who have exhausted all other options.

“This is groundbreaking treatment,” said Dr. Shin Mineishi, medical oncologist and director of the bone marrow transplantation and CAR-T programs at the Cancer Institute. “These are people who thought they had no hope for a cure or long-term remission, and now they have hope for both.”

The prospect was daunting, but Card was ready. “It’s kind of neat to be the first patient for this at Penn State Cancer Institute,” he said last summer. “Nobody wants a failure, right?”

The therapy involved extracting several million of Card’s T cells, a type of white blood cell, genetically modifying them to attack his cancer and then putting them back into his body to fight the cancer.