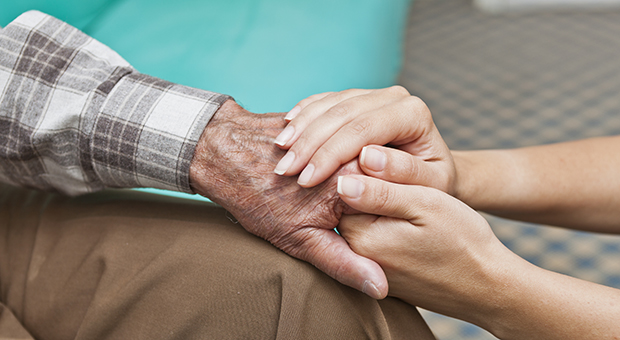 In life, we are told, you get what you pay for. In death, however, the same is not always true.

“As a nation, we spend a disproportionate amount of healthcare money in the years preceding death,” says Franklin Berkey, D.O., family medicine physician with Penn State Hershey Medical Group in State College who is board certified in hospice and palliative care medicine. “In fact, one out every four Medicare dollars is spent for the five percent of beneficiaries in their last five years of life.”

“Here's the catch – these greater expenditures do not necessarily equal greater care or a longer life,” says Dr. Berkey. “In a terminal illness, the self-perpetuating pattern of tests and treatments often leads to side effects and extended hospital stays rather than to improved health or a longer life.  Quite simply, sometimes disease treatment does not mean better care.”

Palliative medicine is the medical specialty which focuses on symptom control rather than disease treatment. Hospice is a Medicare benefit in which a patient receives palliative care in their home through a coordinated team of health professionals.  In the early stages of a significant disease, hospice appropriately takes a back seat to curative medicine. However, when appropriate, the recognition of palliative medicine and hospice is not an admission of defeat, but rather of acceptance.

More importantly, hospice patients report fewer distressing symptoms, avoid unnecessary trips to the emergency department, and report higher quality of life scores. Six months after the death of a hospice patient, the families of the deceased report less depression and usually have a better overall view of their loved one's death.

The hospice team – a hospice physician, registered nurse, physical and occupational therapist, social worker, clergymen, bereavement coordinator, and volunteers – work in conjunction with the patient's primary physician to deliver compassionate care with the goals of improving quality of life and maximizing comfort. Care is provided wherever the patient calls home – their house, an assisted care facility, or a nursing home.

Hospice is not only for cancer patients. In fact, about 50 percent of hospice patients have a diagnosis other than cancer, including congestive heart failure (CHF), dementia, generalized debility, and chronic obstructive pulmonary disease (COPD).

“Selecting hospice is about choices,” says Dr. Berkey. “Hospice enables the dying patient to choose where they live, how they live, and where they die.”

The Medical Minute is a weekly health news feature brought to you by Penn State Milton S. Hershey Medical Center. Articles feature the expertise of Penn State Hershey faculty physicians and staff and are designed to offer timely, relevant health information of interest to a broad audience.