The Medical Minute: Pregnancy and infant loss a painful reality for many 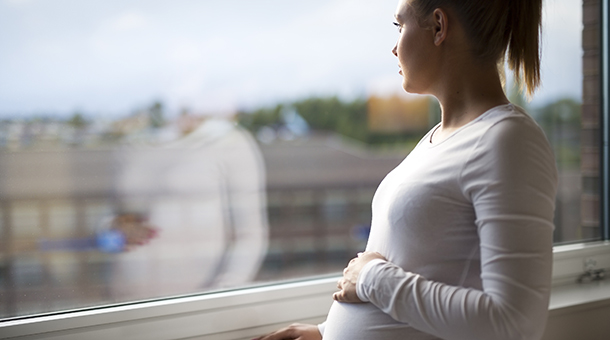 For most, pregnancy is a joyful time of anticipation of the arrival of a child. Unfortunately for some, the arrival is of painful loss.

Pregnancy and Infant Loss Remembrance Day is observed annually on October 15 to honor those affected and remember the infants lost to miscarriage, stillbirth and death as a newborn.

Dr. Jaimie Maines, an obstetrician/gynecologist at Penn State Health Milton S. Hershey Medical Center, estimates that 10 percent of all clinically-recognized pregnancies end in miscarriage with about 80 percent occurring during the first trimester. Half of these losses are attributed to fetal chromosomal abnormalities.

“This is important to discuss with patients, as one of the first responses of a pregnant mother who learns of her miscarriage is one of guilt in assuming that she must have done something wrong to cause the loss,” Maines said.

Common myths about the causes of miscarriage include consuming a small amount of caffeine, exercising, engaging in intercourse during pregnancy and working long hours.

“It is important to educate patients that miscarriage is often caused by factors that are outside of the mother’s control and that there is little that can be done to prevent a miscarriage,” she said.

Maines encourages pregnant patients to follow a healthy diet, avoid tobacco use and take a prenatal vitamin with folic acid to help support a healthy pregnancy.

Stillbirths in the United States occur in about three out of 1,000 births. The most common risk factors associated with stillbirth include infants of parents of black heritage, advanced maternal age and obesity. A mother’s chronic medical condition can also be a factor in stillbirth along with additional circumstances such as fetal growth restriction, placental abnormalities and fetal genetic abnormalities.

“Regardless of the timing of the pregnancy loss, emotional support of the patient is necessary,” Maines said.

Patients should receive information about bereavement counselors with the understanding that they may not wish to seek support immediately after a pregnancy loss.

“Both the patient and her physician should understand that not everyone will handle the news of pregnancy loss in the same way,” Maines said.

Feelings of guilt, anger and sadness are common, but some parents become disconnected, so follow up care should be made available and discussions regarding recurrence in future pregnancies should be had when the patient is ready to engage in this topic.

“Patients may find some comfort in knowing that a large percentage of women go on to have healthy pregnancies following miscarriage or stillbirth,” Maines said.

An evaluation for pregnancy loss is generally not suggested until after a second consecutive miscarriage or stillbirth. Patients should then receive blood work and any other necessary tests.

Pregnancy and Infant Loss Remembrance Day ceremonies and candlelight vigils are held across the globe during the month of October, including the “International Wave of Light” when candles are lit starting at 7 p.m. on Oct. 15 in each time zone and remain lit for at least an hour resulting in continuous candlelight for 24 hours.

The Medical Minute is a weekly health news feature produced by Penn State Health Milton S. Hershey Medical Center. Articles feature the expertise of faculty, physicians and staff, and are designed to offer timely, relevant health information of interest to a broad audience.

The Medical Minute: What to expect when seeking medical care now

The Medical Minute: When chronic pain leads to depression in children