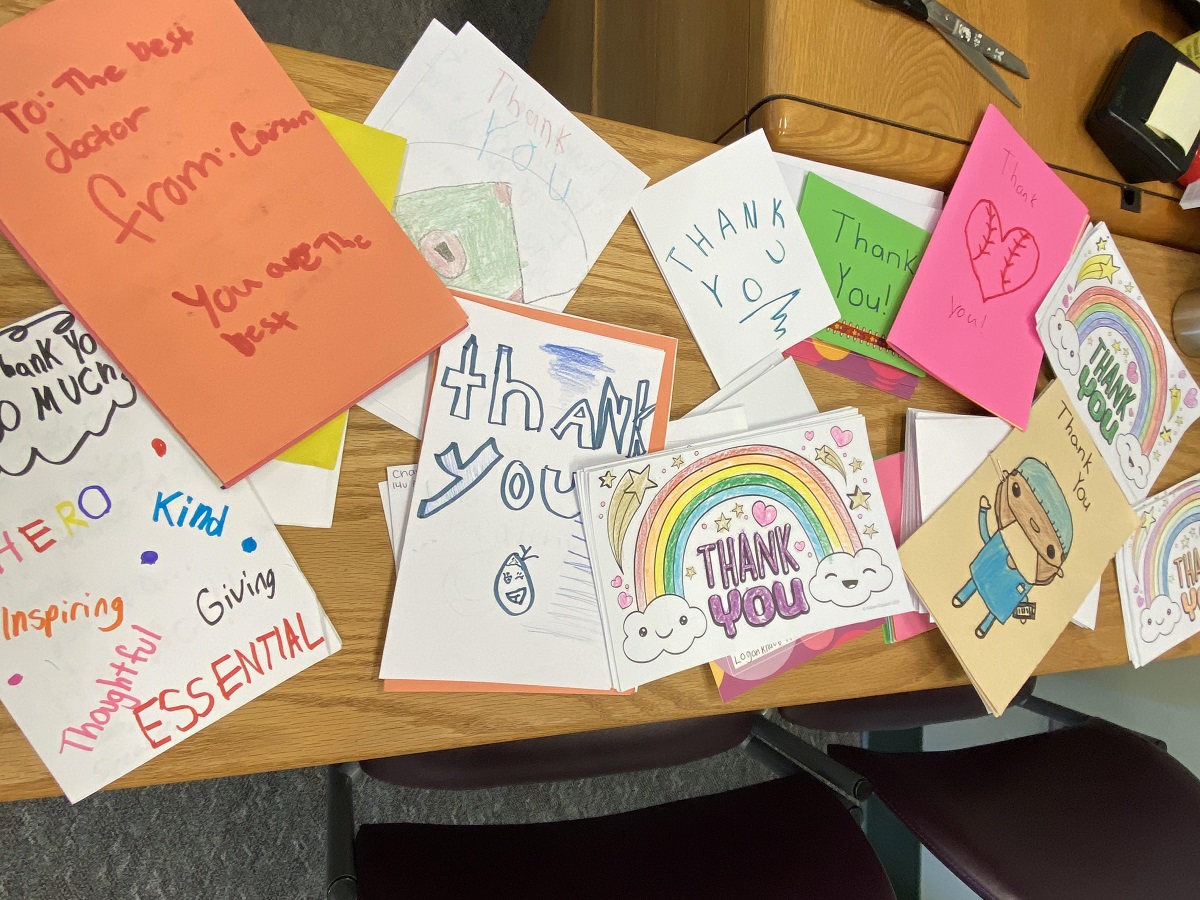 Members of the Tripletown Aces baseball program made more than 100 thank you cards for the Environmental Health Services staff.

Individual achievement might matter in the batter’s box, but in the field you’re only as good as your teammates. In other words, everyone’s efforts matter.

“We sent cards to the doctors and nurses at a few local hospitals, but we also want our players to understand the critical role that every member of every team – medical in your case, baseball in ours – plays in a team’s success,” said Kevin Lawrence, president of Tripletown Aces Baseball Program. “The Environmental Services workers are of equal importance to doctors in doing their jobs well.”

The players, ages 8 to 15, made more than 100 cards, many of them featuring colorful drawings of rainbows and words like “kind,” “thoughtful,” and “inspiring.” 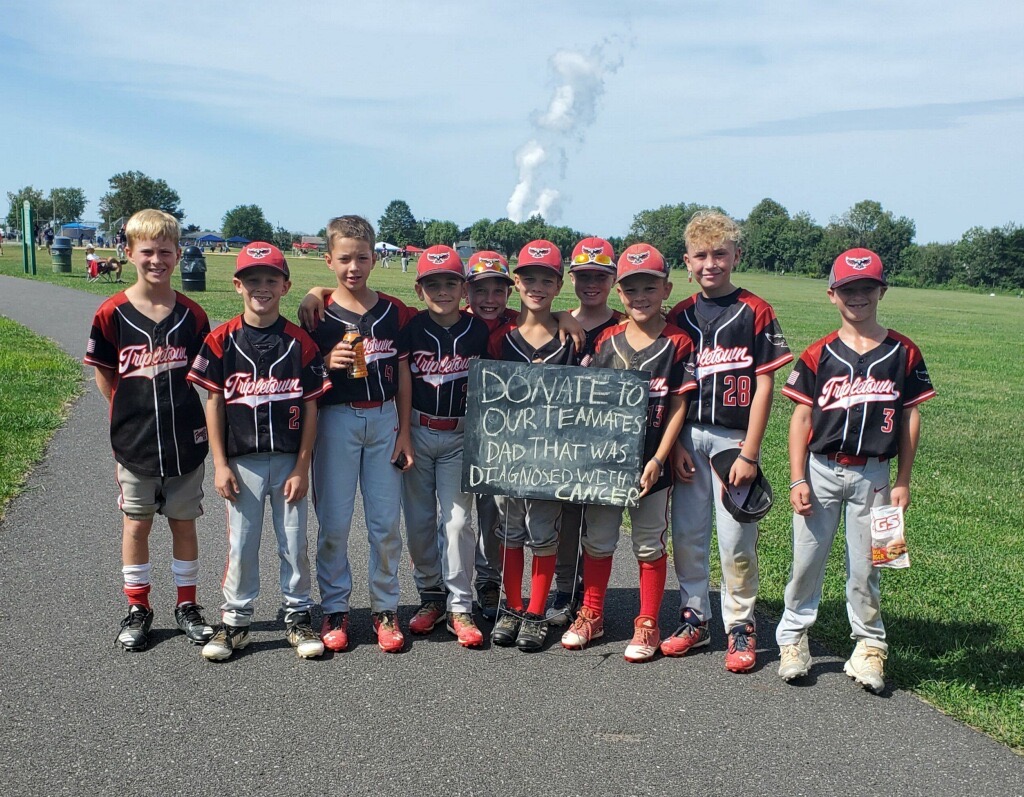 Tripletown Aces team members look for ways to help others with small acts of kindness.

When Tracy Johnsen, manager, Volunteer Services, opened the package of cards, tears came to her eyes.

“I thought it was amazing that they would recognize our frontline for infection prevention ― our Environmental Health Services workers,” she said. “I also thought how wonderful that this baseball program strives to instill such gratitude in their players.”

Serendipitously, the cards arrived during Environmental Services Week Sept. 13 to 19, set aside nationally to recognize the efforts of those who work to keep health care settings clean.

“Our EHS staff sincerely appreciated the team’s wonderful gesture, and it certainly strengthened morale,” said Carey Brevard, director, Environmental and Linen Services. “Most of the feedback that I heard included adjectives such as ‘refreshing,’ ‘thoughtful’ and ‘incredible.’ One team member commented that she was truly touched that young people could be so ‘selfless and kind.’”

This isn’t the first act of kindness for the Tripletown Aces players ― they collected more than $2,000 for the family of a player whose dad has cancer, and they donated gently used sports equipment to York City Little League, among others.

He uses the analogy of the ace card ― it can hold the highest value in a card game or the lowest, but the card itself never changes. People are similar in that they don’t change personas, but they can change their significance ― or character or conduct ― by controlling their mindset, he said.

“I tell my players that their challenge is to be the high ace,” said Lawrence, varsity baseball coach at Red Lion High School and a teacher at Susquehannock High School. “In life, it’s not the circumstances that happen to you, but how you respond to them.”

While Lawrence said he’s wowed by skill on the playing field, he places much higher value on character.

“We are interested in fostering great fathers, husbands, employers and employees, responsible citizens and people who are enriching their communities ― much like the people at Penn State Health,” he said.