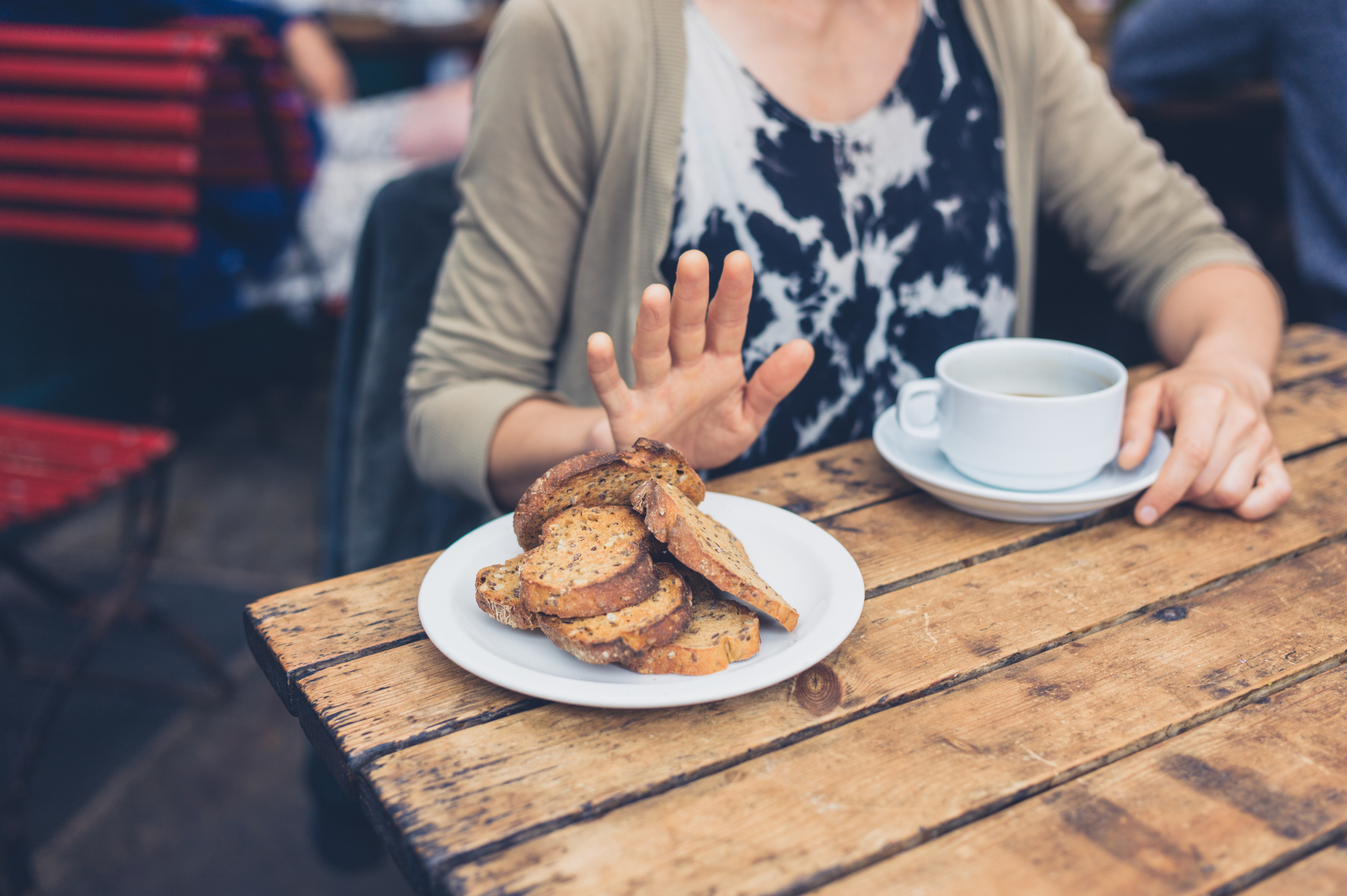 With COVID restrictions that prohibit public gatherings and indoor dining loosening, people throughout the cabin-fevered nation are contemplating publicly unmasking and using their mouths as nature intended ― as funnel-cake receptacles.

But like two million others in the U.S., I still have to be careful with a different health problem. See, about eight years ago, doctors told me some of my miserable digestive ailments were caused by an autoimmune disorder that requires me to no longer consume gluten.

They called it Celiac disease, and if there’s anything silly about it, as its pronunciation might suggest, I’m not laughing.

I used to be one of those people whose only real gauges when deciding whether to eat something included questions like “Is it still alive?” and “Is it made of metal?” “Ol’ Bottomless Pit Bill,” they called me.

Since testing positive for Celiac disease, I’ve developed a new nickname. Call me “What About Landauer?”

“Hey guys, want to order a pizza?” a co-worker asks.

“What about Landauer?” says another, pointing at me.

“What about Landauer?” someone else responds, nodding sadly in my direction.

Turns out a surprising number of Ol’ Bottomless Bill’s favorites are kryptonite for What About Landauer? According to the Celiac Disease Foundation, “Gluten is a general name for the proteins found in wheat (wheatberries, durum, emmer, semolina, spelt, farina, farro, graham, KAMUT khorasan wheat and einkorn), rye, barley and triticale – a cross between wheat and rye.”

So stuff like beer and pizza, as well as plenty of sauces, pasta and pastries ― even funnel cake ― are no longer on my menu.

Heather Tressler, a registered dietitian at the Penn State Celiac Clinic at Penn State Health Milton S. Hershey Medical Center, says Celiac disease is a disorder of the small intestine, and early on it attacks the organ’s villi, tiny, finger-like growths that absorb nutrients. For my two million wheat-addled brethren and me, gluten destroys these villi, which disrupts how our bodies get what they need from food.

“Gluten is like poison to your body if you have a diagnosis of Celiac disease,” Tressler explained. Early symptoms can range from mild constipation, diarrhea and rashes to vomiting and weight loss.

Scarier still, some people have no symptoms at all. That’s a big problem, Tressler said, because left untreated, Celiac disease can lead to colon cancer, intestinal lymphoma and small bowel cancer.

Great. So What About Landauer? must face the rest of his life alone, listening to his friends’ stories about frolicking in wheat fields while he subsists on sandwiches made from gluten-free bread, which often has all the deliciousness of a playing card.

Not so fast. “You don’t have to live in a bubble,” said Janelle Fallon, clinical nutrition manager at Penn State Health St. Joseph Medical Center.

When it comes to eating out at a restaurant, Fallon and Tressler both recommend calling ahead. Ask about gluten-free options. Also, be sure to ask about how the food is prepared.

“Cross-contamination is one of the biggest risks that people with Celiac disease face,” Tressler said. That occurs when gluten from some other dish gets into your gluten-free food. If even so much as a crumb of gluten winds up on your plate (or if 20 parts per million contain gluten, according to the U.S. Food and Drug Administration definition), it’s no longer gluten free and can harm you.

Make sure your restaurant takes it seriously, Fallon said. “A catch-22 is that gluten-free diets became a fad,” she said. “A lot of people who wanted to watch their weight started thinking avoiding gluten would do that.”

That means more options are labeled gluten free, but some restaurant chefs don’t consider what’s at stake when serving gluten to someone with Celiac disease, especially when it comes to cross-contamination.

A sure-fire sign that your restaurant takes your dietary needs seriously: After you explain your need to avoid gluten, a waiter or waitress asks, “Is it an allergy or a preference?” Let them know you have a serious medical need to avoid gluten (you don’t have to divulge all your bowel habits, unless, you know, that’s your thing), and that your food must be prepared in an area free from gluten. If the restaurant staff asks, someone likely knows the difference.

But what about festivals and fairs, where the makeshift kitchens are only there for a couple of days, and the funnel cake is cooked with maybe less oversight from the Department of Health than you’re used to?

That’s trickier, Fallon says. “A lot of foods at fairs are breaded,” she said.

Just ask, Tressler says. Communication is key, and good food-truck chefs know their salt as well as their gluten. If, however, you mention gluten to someone serving you deep-fried candy bars, and you get a blank stare in return, you should probably back away. Consult this list of gluten-free foods and search for sustenance.

Speaking from experience, more and more restaurants and venues of all kinds offer gluten-free options.

What About Landauer? He’s covered.

Bill Landauer is an editor/content specialist in the Office of Marketing and Communications at Penn State Health and Penn State College of Medicine.