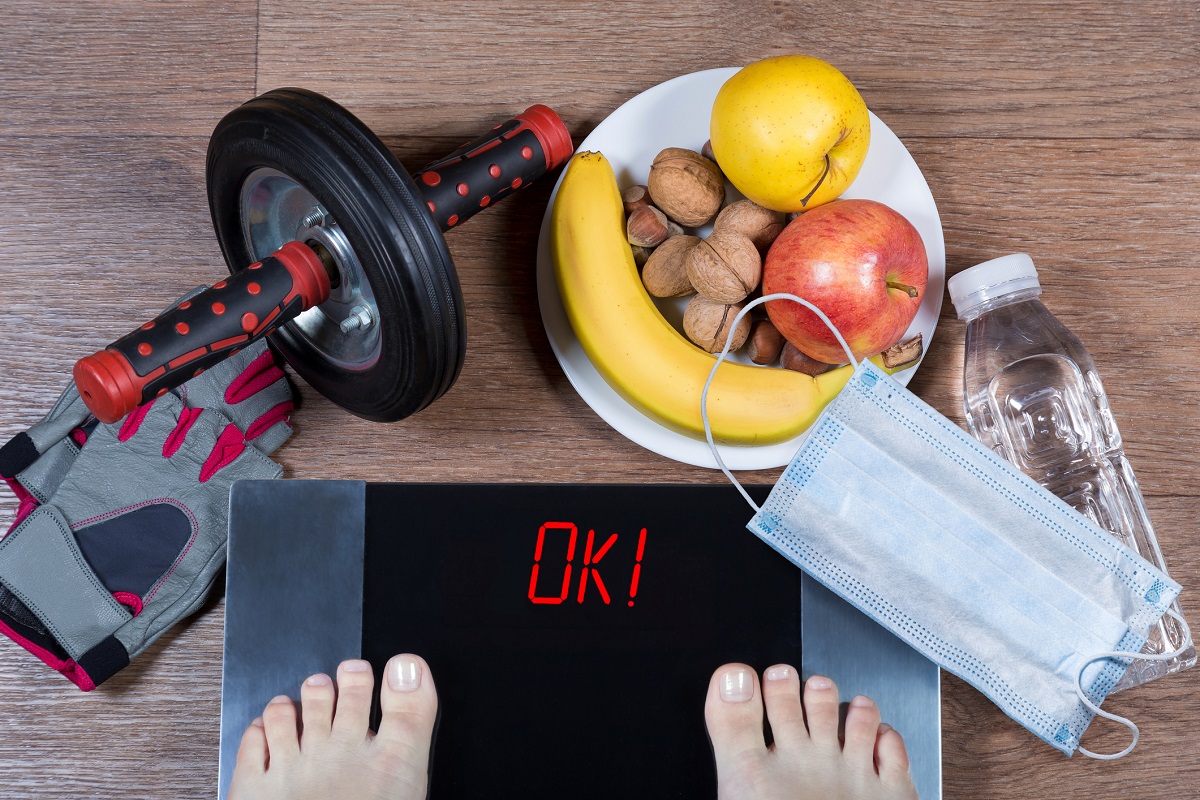 After a year and a half of COVID-19 quarantine, people around the globe are once again outdoors and basking in the sun.

Many have noticed their shadow is a little bigger than its pre-COVID size. Around the middle, maybe.

It’s no secret that people everywhere packed on pandemic pounds since February 2020, said Heather Tressler, a registered dietitian at the Penn State Celiac Clinic at Penn State Health Milton S. Hershey Medical Center. A March study published in the American Medical Association’s JAMA Network Open looked at weight gain among 270 middle-age men and women and discovered they gained an average of 1.5 pounds a month from February to June 2020.

Tressler helps people develop plans to achieve their own healthy dietary goals, and lately she’s seeing patients who have gained as many as 20 to 40 pounds―adults and children.

“The world shut down,” Tressler said. “Maybe you didn’t change what you ate, but you became less active.”

But plenty of people’s eating habits did change along with their activity levels, and many of them are facing a different kind of health threat ― obesity.

“They used food as a stress reliever,” Tressler said. Or they procured their food differently – fewer trips to the grocery store meant purchasing items with longer expiration dates. So goodbye fresh fruits and vegetables. Hello chips and candy.

Whatever the reason, you may have taken on some extra ballast. Here are three tips to keep in mind if you want to lose it.

Tip one: Forget the fads

Stop us if you heard this one: Cut the carbs, increase the fat. Your body will burn more of the latter, and the pounds will melt off like butter.

What about this one: Eat like a caveman! Gobble veggies, fruits, buffalo – anything you can bludgeon, club or rip out of the ground. Your excess weight will go the way of the dinosaur, because who ever heard of someone from the Stone Age who couldn’t fit into skinny jeans?

Fad diets sound catchy and alluring. And they might cause you to lose weight in the short run, Tressler said, but many aren’t sustainable. Worse ― some are risky. A diet that emphasizes a high fat intake, for example, could lead to spikes in cholesterol.

Weight, Tressler said, is only one of several measurements you should think about when it comes to your health. “A scale really only measures the earth’s gravitational pull on your body,” she said. It’s more important to know your numbers – cholesterol, triglycerides, blood pressure. They’ll give you a better picture of your health and the safest ways to lose weight.

It might feel tougher than quantum physics sometimes, but losing weight is basic subtraction. If you consume fewer calories than you need to maintain your current weight, the pounds should disappear.

An average, moderately healthy man age 26 to 45 needs 2,600 calories per day to maintain his current weight, according to healthline.com. If he cuts his calorie intake by 500 per day, theoretically he’ll lose a pound a week. For his female counterpart (age 26 to 50) the number is 2,200 calories per day, less 500 to drop a pound — roughly equivalent to the weight of a woman’s sweater — every week.

Loads of variables come into play – age, gender and activity levels. App stores and websites offer an array of calculators and gizmos to help you keep track. Tressler suggests the Harris-Benedict equation, which can calculate how many calories your body would need if it was to rest for 24 hours.

But don’t become too obsessed by the numbers, Tressler advises. “It can become very restrictive,” she said, and can lead to something akin to a serious eating disorder. People become afraid to eat out at all, or eventually give up if they can’t meet or beat that little number on their cell phone.

Tressler tries to nudge her clients toward “intuitive eating.” She helps them build realistic calorie-intake and weight-loss goals built on their lifestyle needs.

“There are no bad foods,” she said, “only bad portions.”

Think you’ll be able to ignore diet advice and shed pounds on the treadmill? Think again.

The vast majority of weight loss can be controlled by what you eat, Tressler said. Some websites and articles say losing weight is the result of 80% diet and 20% exercise.

That doesn’t mean you should forget about exercise. In addition to burning calories, it’s good for heart health, musculature and well-being. “There are so many wonderful reasons to exercise,” Tressler said.

She recommends at least 30 minutes a day, five days a week. And you don’t have to join a gym or train for a marathon. Just move. Dance. Walk. Just do something you like doing for a half hour.

But keep up with a healthy, sensible eating plan. “Maintain a balance,” Tressler said.