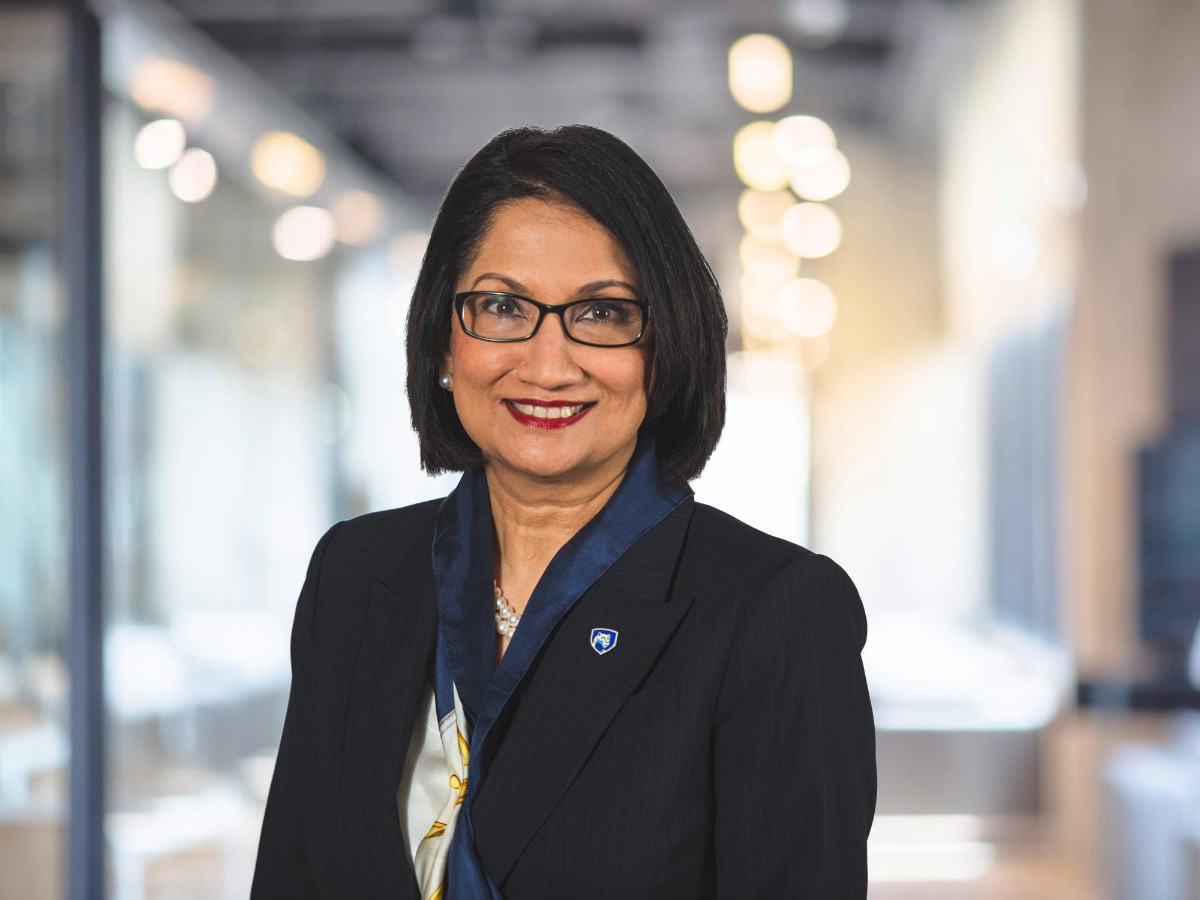 Neeli Bendapudi, current president and professor of marketing at the University of Louisville, Kentucky, was unanimously elected Penn State’s next president by the Penn State Board of Trustees on Dec. 9. When she starts her tenure as Penn State’s 19th president in spring 2022, she will make history as the first woman and person of color to serve in the role, which includes oversight of Penn State College of Medicine and Penn State Health.

Bendapudi is a recognized leader in higher education who specializes in marketing and consumer behavior. In her current role as the 18th president of the University of Louisville, she oversees the university’s 12 academic colleges, Division 1 athletics program and integrated academic health system, which includes five hospitals, four medical centers and nearly 200 physician practice locations.

With a nearly 30-year career in academia, Bendapudi has taught marketing and served in a variety of administrative roles, including provost and executive vice chancellor at the University of Kansas, dean of the School of Business at the University of Kansas and founding director of the Initiative for Managing Services at Ohio State University. Bendapudi has dedicated her career to student success, fostering inclusivity and creating opportunities for students, faculty and staff to thrive.

“Penn State is a world-class university, and I couldn’t be prouder and more excited to join this vibrant community of outstanding students, faculty, staff and alumni throughout the commonwealth and beyond,” Bendapudi said. “Thank you to the Penn State community and Board of Trustees. I am grateful for this opportunity and will make it my mission to help Penn State reach new heights across each of our campuses.”

Bendapudi was announced as the University’s next president during a Dec. 9 special meeting of the Board of Trustees following a comprehensive national search, extensive vetting process and overwhelming support from the Presidential Recruitment and Selection Committee, which was comprised of student, faculty, staff and trustee representatives. She will succeed President Eric Barron, who will retire after serving Penn State for more than 30 years in various roles, including most recently as president since 2014.

“We are proud to welcome Dr. Bendapudi to Penn State. She is a dynamic and innovative leader who has dedicated nearly her entire professional life to higher education and is prepared to help our University advance in the ways we support students, create new knowledge and serve society,” said Matt Schuyler, chair of the Board of Trustees. “I want to extend my appreciation on behalf of the entire Board of Trustees to the many Penn State community members who participated in this selection process. Your engagement served as a critical framework throughout the search and has helped lead us to this exciting new chapter in Penn State’s history.”