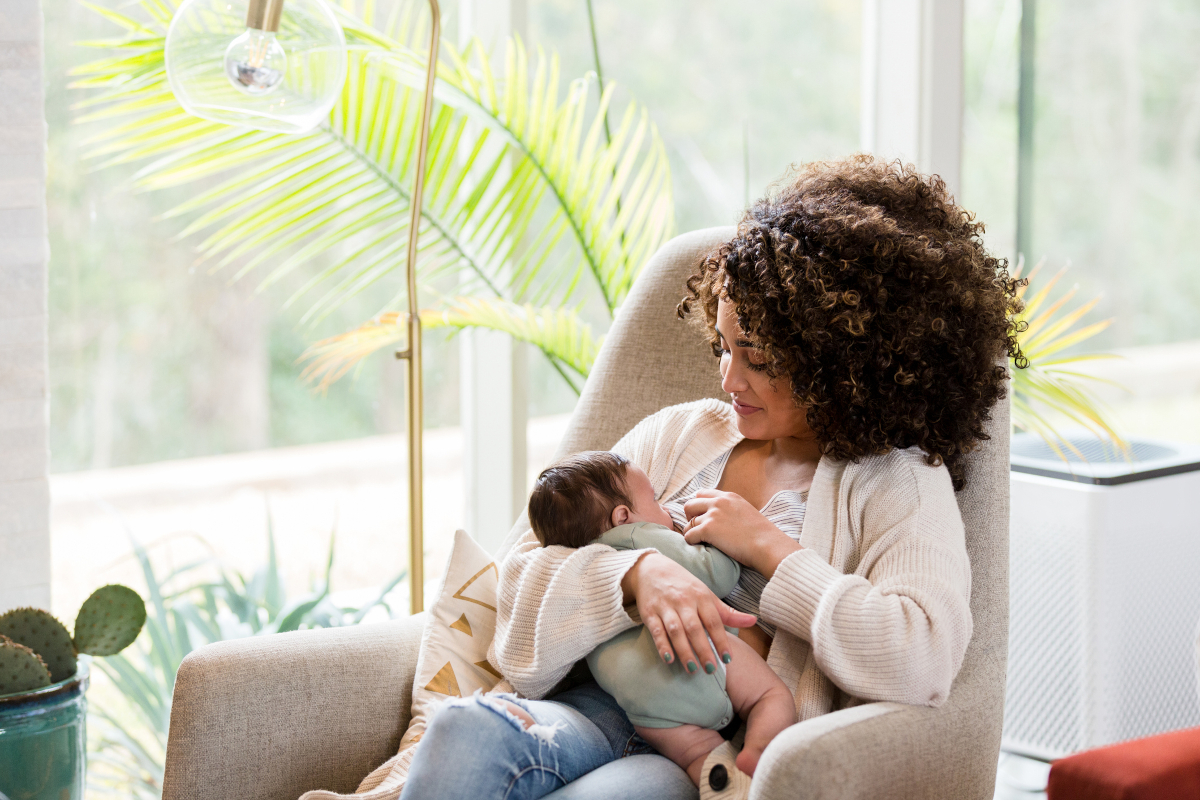 Leading health care organizations recommend exclusive breastfeeding for six months after birth, yet some mothers report stopping due to a perceived lack of milk supply. Penn State College of Medicine researchers found in a recent study that women who stopped breastfeeding because they believed they had inadequate milk supply — a condition called perceived inadequate milk supply (PIMS) — are more likely to have a specific mutation in a gene found in mammary tissue. These women were also more likely to have babies who gained less weight. The researchers said that screening for this mutation, when combined with maternal characteristics like age and body mass index, could be useful in identifying mothers at risk for stopping breastfeeding prematurely due to a perceived lack of milk supply.

“The World Health Organization, the American Academy of Pediatrics and the American College of Obstetricians and Gynecologists recommend exclusive breastfeeding for at least six months because it provides developing infants with optimum nutrition and is associated with improved health outcomes,” said Dr. Steven Hicks, lead researcher and pediatrician at Penn State Health Children’s Hospital. “While 83% of women initiate breastfeeding, only a reported 57% continue to six months. Socioeconomic and environmental factors may contribute to early cessation, but milk supply is also an often-cited reason. Identifying women who are more likely to have low milk supply could help get them resources to continue breastfeeding such as lactation consultation services.”

Previous research has linked maternal genetics with nutrients in breast milk, but few studies have explored how genetics may relate to supply. The researchers studied 18 genes highly expressed in mammary, or milk-producing, tissue in women. They looked for mutations in those genes to see whether mutations were associated with mothers’ perceived milk supply.

The study team followed 88 women between 19 and 42 years old for the first year of their baby’s life. The mothers completed surveys about their infant’s feeding habits at one, four, six and twelve months of age that asked questions about perceived milk supply, whether women supplemented their child’s diet with formula and reasons why they did so. Decreased or low milk production, signs of allergies from breastfeeding and other personal reasons such as work, day care or time constraints were included as possible reasons for why women began to supplement with formula. Mothers also provided a DNA sample by having saliva collected.

Using responses from the surveys, the researchers classified the mothers as having either PIMS or perceived adequate milk supply (PAMS). They found that the 45 mothers with PIMS were more likely to breastfeed for shorter periods, report lower milk supply and have infants who were not gaining adequate weight.

The researchers analyzed the mothers’ DNA samples and looked for mutations among 18 genes that are involved in the secretion of breast milk. Although modifications in 10 of the genes studied were found among some women, the team found that only one, a variant in the milk fat globule EGF and factor V/VIII domain containing gene (MFGE8), occurred more frequently in women with PIMS. Those without the mutation were more likely to have adequate milk supply and report a longer duration of breastfeeding.

Using statistical modeling, the researchers found that maternal characteristics like age, previous breastfeeding duration and body mass index alone could not differentiate between mothers with PIMS and PAMS. However, when adding in MFGE8 mutation status into the model, it strongly predicted which women reported adequate or inadequate milk supplies. The researchers published their results in the journal Breastfeeding Medicine.

“Identifying risk of PIMS at the outset of breastfeeding could provide opportunities for early, targeted interventions such as guidance from a trained lactation support professional,” Hicks said. He noted that current assessment of PIMS is guided by subjective reports and that counseling may help identify foods and medications that help or hinder milk production.

Hicks said that the study’s findings will need to be validated in a larger study that includes more mothers. He also said that more research is needed to uncover the biological processes that determine how this particular gene affects milk supply in moms in order to better understand its association with PIMS status.

“Moms with this mutation still produce milk, even if it may be less than women without the mutation, but challenges like poor diet, hydration or sleep could be enough to hinder the supply that they do have,” Hicks said. “Screening for this variant and combining that with maternal reports and characteristics could help identify moms and babies that may need additional support.”

This research was supported by the Gerber Foundation and the Center for Research on Women and Newborns. The research team also cites the use and support of the genome sciences facility of the Institute for Personalized Medicine at Penn State College of Medicine.