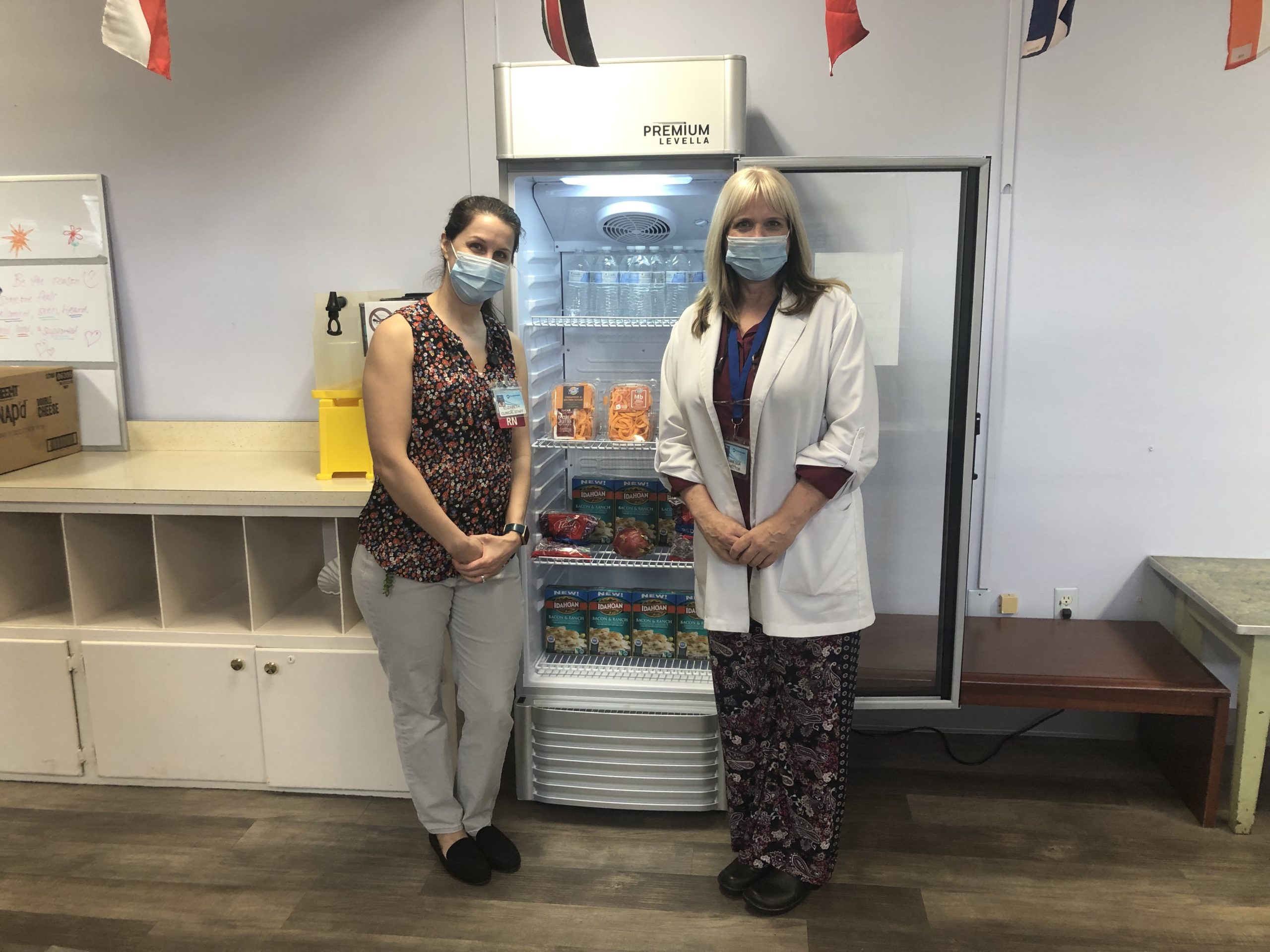 Walmart has awarded a $20,000 grant to Penn State Health to combat food insecurity among people in downtown Harrisburg.

“Walmart’s giving is rooted in our company’s mission to create opportunity, so people can live better,” said Randy Mummert, regional market manager for Walmart. “We are proud to partner with Penn State Health to make food more accessible and provide resources to promote resiliency for people and families in our community.”

“We are very grateful for this partnership supported by Walmart. The Community Fridge Program will allow people at risk of food insecurity to receive food and connect to other necessary resources while creating a culture of community,” said Ashley Visco, director of community health at Penn State Health. “The generosity of community advocates, like Walmart, provides vital support for these important outreach efforts that help build resiliency.”

According to the U.S. Census, 27% of Harrisburg residents live below the poverty level, which may contribute to community trauma among at-risk groups whose members may also have endured interpersonal violence, structural violence or historical harms. The Community Fridge Program seeks to address these issues, while alleviating the adverse long-term physical and mental health outcomes that can result from food insecurity. The community fridges will be stocked with fresh produce, healthy snacks and other non-perishable items, helping to build a connection for people who might not be comfortable using a food pantry right away.

Penn State Health’s Community Health Team will also partner with other community organizations, such as local restaurants and farmers markets, to obtain food for the refrigerators, located in the community spaces at LHACC and the Penn State Health Medical Outreach Service. On a monthly basis, Penn State Health nurses will meet with clients to provide education, health assessments and referrals as appropriate.

About the “Greater Penn State” Campaign
Walmart’s gift to support Penn State Health’s Community Health Team and the Community Fridge Program will advance “A Greater Penn State for 21st Century Excellence,” a focused campaign that seeks to elevate Penn State’s position as a leading public university in a world defined by rapid change and global connections. With the support of alumni and friends, “A Greater Penn State” seeks to fulfill the three key imperatives of a 21st-century public university: keeping the doors to higher education open to hard-working students regardless of financial well-being; creating transformative experiences that go beyond the classroom; and impacting the world by serving communities and fueling discovery, innovation and entrepreneurship. To learn more about “A Greater Penn State for 21st Century Excellence,” visit greaterpennstate.psu.edu.

About Walmart
From humble beginnings as a small discount retailer in Rogers, Arkansas, Walmart has opened thousands of stores in the U.S. and expanded internationally. Walmart operates approximately 10,500 stores and clubs under 48 banners in 24 countries and eCommerce websites. With fiscal year 2021 revenue of $559 billion, Walmart employs over 2.3 million associates worldwide. Walmart continues to be a leader in sustainability, corporate philanthropy and employment opportunity. It’s all part of Walmart’s unwavering commitment to creating opportunities and bringing value to customers and communities around the world.