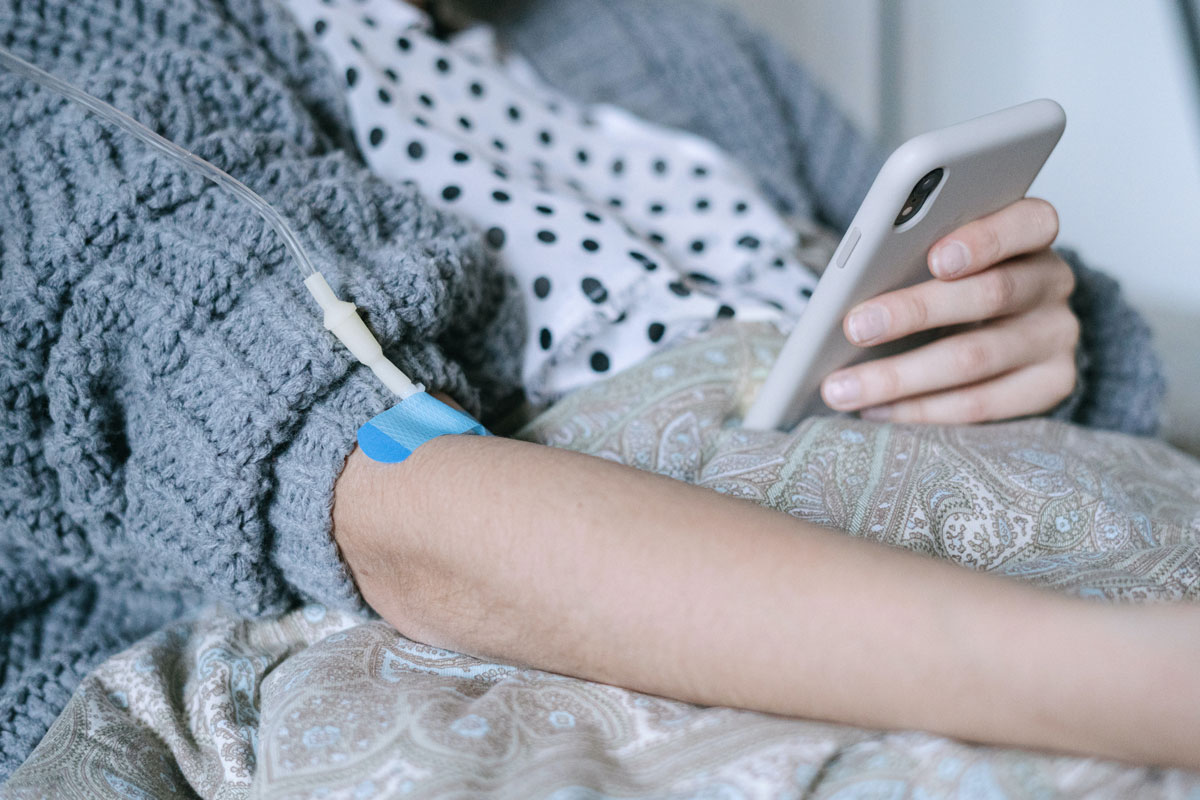 In life, there are many things that you may never have thought that you would have to experience but are forced to deal with to move forward. One thing I never thought I would have to experience was chemotherapy, the most well-known treatment for dealing with cancer cells. Chemotherapy, in short, is a special chemical that is designed to destroy a certain type of cell, in most cases being any of the normal types of cancerous cell. The problem with this is that this is not a clean procedure and brings many other issues along with it. Though I needed chemotherapy to survive, there were many effects I had to endure through treatment.

There are many different types of chemo, and each one can have different effects on the patient. Over two years ago, I received my first treatment of chemotherapy ever, a type called vincristine. I had felt fine before receiving the medicine (regardless of the tumor in my chest), but I began to feel weak and tired soon after the chemical entered my bloodstream. It made me fall asleep just a few minutes later. After I woke up, I went to the bathroom and found my urine was pumpkin orange.

That was just the beginning. Later chemos would make my fingertips numb and give me extreme gastric buildup at times. Due to both of those effects, combined with the steroids they gave me at the beginning of treatment, I was quite miserable for about a month after treatment began, which was not aided by the need to go into the hospital so frequently.

There were other side effects to consider, as well. Chemotherapy is unable to tell the difference between cancer cells and some of your normal cells, so many of them are ravaged at your expense. A type of cells that are usually caught in the crossfire are your “splitting cells,” or the ones that grow things, such as your hair and nails. For me, that meant that all of the hair on my head started to fall out. Even though my nails kept growing, they took on a strange rigid shape; there was next to no curve in them, but instead, they were many small, flat “panels” attached to each other at smooth edges to form the larger arc. Though it used to be more prominent, that is still a detail of my nails, if they are examined. The sudden changes, especially the hair, were an extreme detriment to my self-image. I didn’t like how I looked bald (though I was lucky enough to still have my eyebrows, so it almost looked purposeful), and it made me sad that so much had been done to me that was outside my control. The only things that kept me going were my own mental fortitude and the support from my family. I would always tell myself, “I just need to hold on a bit longer, this will be over eventually.”

The chemotherapy did get better over time. Now, vincristine has little to no effect on me; except for occasional bowel issues, the previous problems are no longer affecting me at all. Additionally, the numbness in my hands that chemo gave me is also gone. It’s still unpleasant, but my body has now adapted to accept it better than before.

Overall, chemotherapy is quite unpleasant, but its intentions are good. It has caused me endless suffering, but I know that it is helping me. If it had not been for chemotherapy, I would not be alive today. Though it is harmful to people now, a day might come when chemotherapy is able to target cancer cells directly and be drastically safer for the patient. Chemotherapy is a practice that needs to be respected and improved upon for future generations.

Finding My Footing: A Girlfriend's Perspective