Graduation begins a new chapter apart from each other for twins 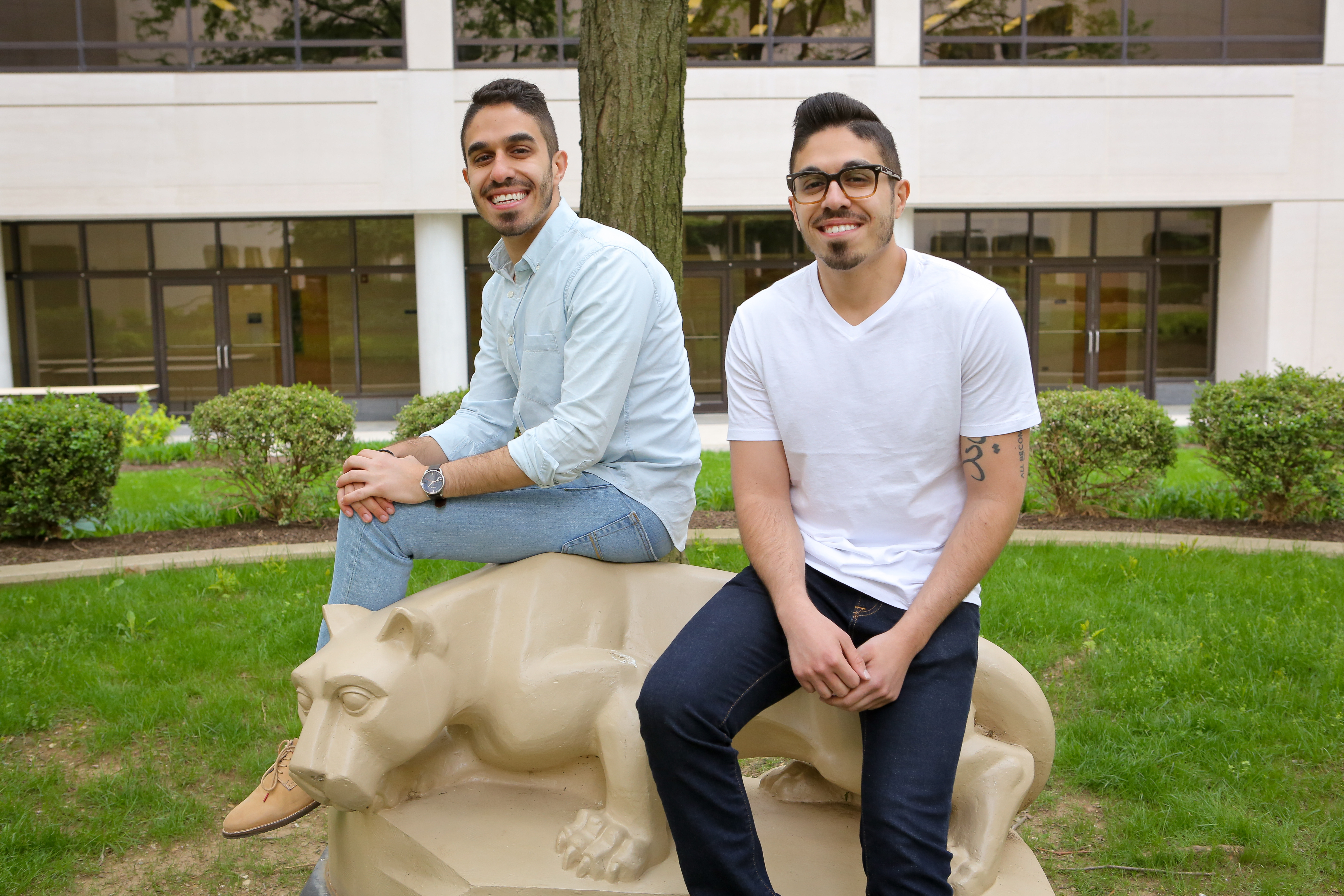 Mark and Mike Nakhla are members of the College of Medicine Class of 2017.

Mike and Mark Nakhla are used to receiving one invitation, not two, to friend gatherings, being mistaken for each other and called each other’s name by professors and even occasionally their mom, but most of all they are used to being by each other’s side.

Commencement marks a milestone in these identical twins’ lives not only because they both will receive hard-earned diplomas from Penn State College of Medicine but also because it marks a fork in the road where Mark will head one way and Mike the other.

Ever since they came to America from their home in Alexandria, Egypt when they were just 2 years old – they marked their birthday on the airplane – the boys have lived life together. They went through primary and secondary school together, chose the same college where they both studied neuroscience and came to Penn State College of Medicine, where – wait for it – they both decided to specialize in psychiatry.

“Every step of our lives, people have just known us as ‘Mike and Mark.’ They don’t know me and then realize ‘Wow, you have a twin brother.’ It can get annoying because we are our own people and we just happen to have a twin,” said Mike, who claims to be the more laid back of the two. “Being a twin, everybody instantly knows who you are; it’s kind of harder to define yourself and easy to let the twin thing define you.”

“It doesn’t really bother me when people associate us together. I saw it as a comfort and a support system you always had,” said Mark, who jokingly identifies himself as the better-looking of the two and the one who is always smiling. “This next stage will be a bit of an adjustment, a little scary.”

For their residencies, Mike will head to Zucker Hillside Hospital in Queens, N.Y. and Mark will be at UPMC in Pittsburgh. 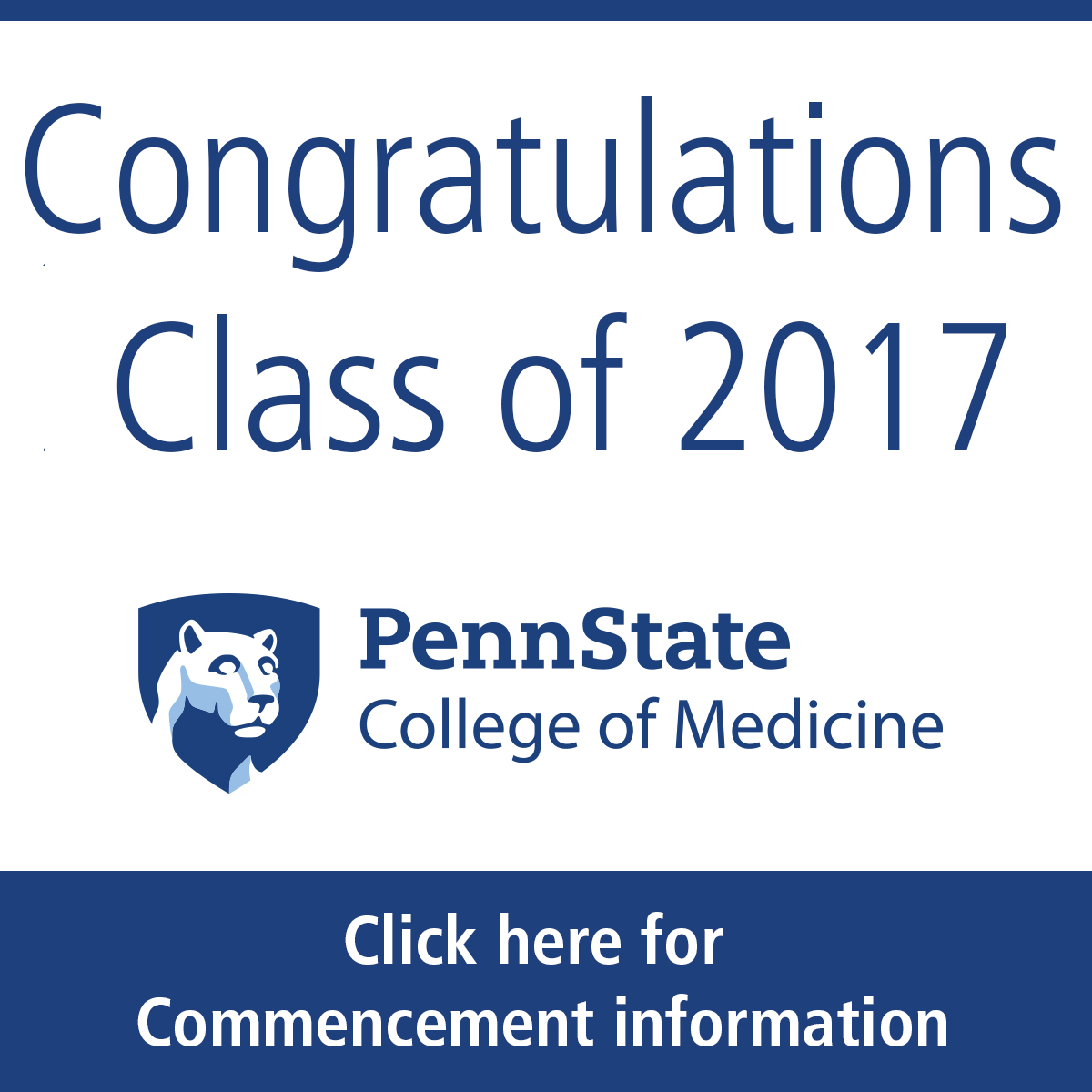 “We really can’t just jump in the car and go see each other,” Mike said. “Being together has always been effortless and now we’ll have to be intentional about it.”

While both plan to be psychiatrists, Mark wants to specialize in pediatric psychiatry and Mike in helping adults.

The desire to help others is a common thread between the brothers, now 26, perhaps rooted in their uncertain start in America. They came with their parents, Emad and Mervat Nakhla, to visit their uncle in New York. They landed at JFK Airport on Jan. 1, 1993 to surprisingly cold temperatures. While their dad headed off to hail a cab and their mom was busy putting on their coats, someone stole the family’s luggage and their passports and identification with it.

While they waited for documents to be regenerated, a doctor appointment for Mark revealed a heart defect that would likely need surgery in the future. That looming possibility – and a growing interest in what opportunities America might hold – helped the family decide to seek U.S. citizenship. It took about a decade, and in that time, Mark underwent atrial septal defect repair surgery. The decision to stay in America has been a good one, the young men say.

“From a safety, education and culture point of view, I’m glad we’re here, but it’s tough because we really don’t know most of our family,” Mark said. “I’ve always been envious of people who have 20 to 25 family members over for Christmas. The only interaction I have with the vast majority of my family is through FaceTime a handful of times a year.”

Emad started a successful wholesale fruit and vegetable business in the New York. From him, the Nakhla brothers say they learned the value of hard work – something that came in handy the past four years. They have never forgotten, however, how they felt as little boys in a foreign land where they didn’t know the language.

“I think part of me always knew that a career in medicine would give me the biggest opportunity to have an impact on people,” Mark said. “In psychiatry, you have the ability to really connect with your patients and, in the case of children, really help them control their behaviors. Like me as a child, people already know you’re different in some way. People underestimated my intelligence and my parents’ intelligence and people do that to these kids all the time.”

Similarly, Mike said he chose psychiatry because he loves having meaningful conversations with people and that’s the root of the psychiatrist-patient relationship.

Both men have their own side interests – Mark composes music and Mike has a small business as a wedding photographer. Their biggest common interest, they said, is “helping people make strides.”

Both say they will miss the relationships they formed at the College of Medicine with fellow students and professors who became mentors.

“Penn State has great academics, but it’s also huge on its humanities program. Our professors have been the most compassionate, patient and understanding physicians we would want to be,” Mark said.

The value of taking time for oneself is the most important lesson that Mike says he’s learned in the past four years.

“Arriving here was a huge learning curve in my life. The first year I spent a lot of time fighting it and trying to learn everything without success. Then I learned to manage my time better and just let some things go. I learned to define happiness and success differently. Sure, I like to do well, but having time to just hang out with my dog or have dinner with my girlfriend is important too,” he said.

While they will be largely apart for the next chapter of life, the Nakhla brothers say they hope to eventually live near each other and near their parents.

“You wouldn’t believe how many people have suggested we open a joint adult/child practice,” Mark said.

“And that’s actually a very marketable idea,” Mike added. “We don’t know, but it’s a possibility.”