How to do medical school in three years

While most of his peers will spend their last year of medical school applying and auditioning for residency programs, James Kent gets to skip what can be a stressful process. He’ll finish medical school in three years instead of four, not only saving a year of tuition, but also locking in his residency when he was accepted into the Family Medicine Accelerated Program at Penn State College of Medicine. As part of the program, Kent will stay in Hershey for six years as he finishes medical school and his family medicine residency in the same location. 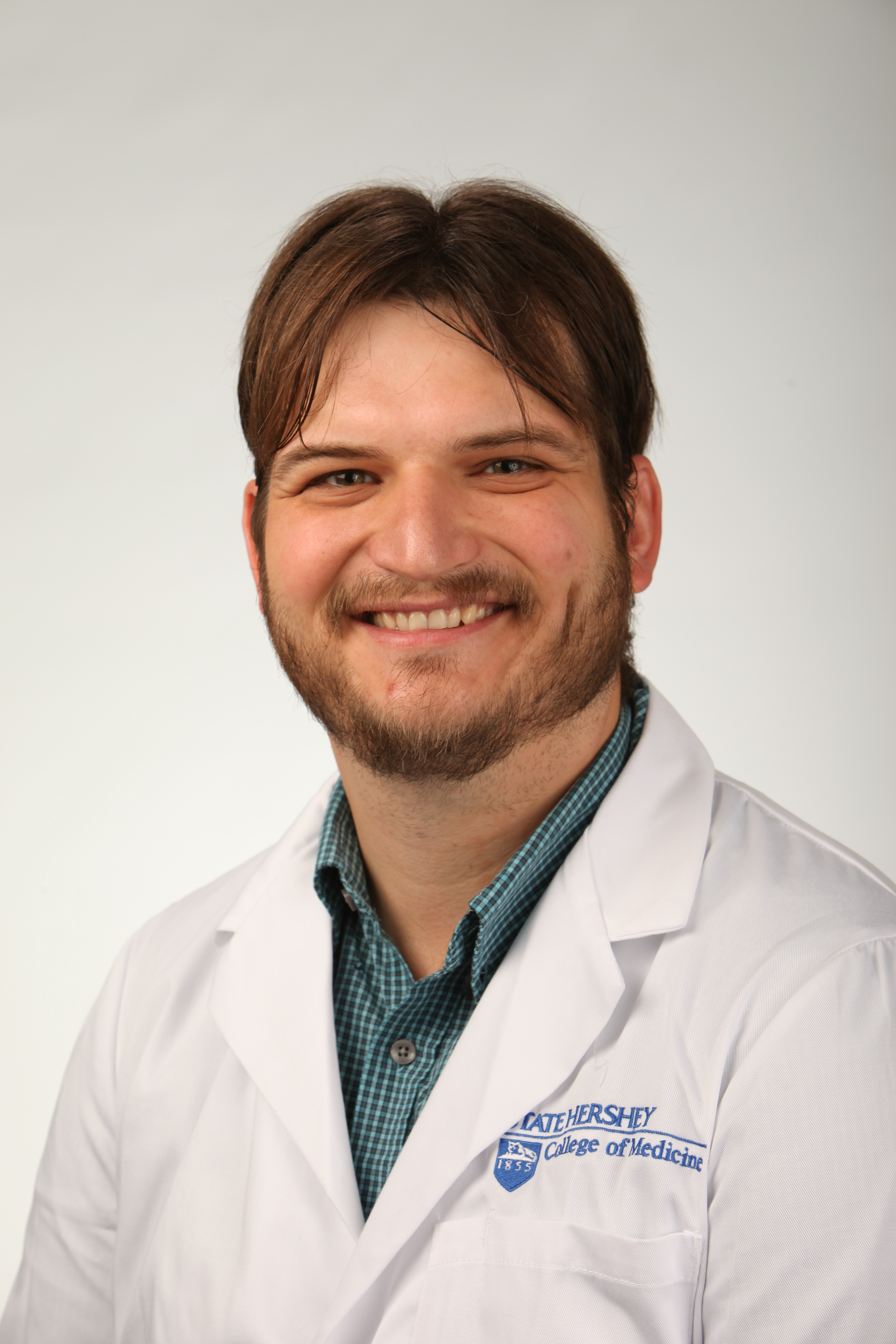 “That it takes a lot of stress out of medical school as far as worrying about where you’re going to match after you graduate is appealing,” Kent, the first student admitted to the accelerated program, said. “It was nice for me to know I’d be in the same place for six years.”

The program, also known as a 3+3 program, is part of the College’s continuing efforts to meet the healthcare needs of the nation and to provide flexibility and individualized learning for students. It launched in 2014 and allows students who have already decided to be family physicians to move forward in their education faster and at less cost.

“A medical education is extremely costly, and if we can create ways for students who are already moving along a defined course to move forward more quickly it will be less costly, and that’s extremely appealing,” said Dr. Terry Wolpaw, vice dean for educational affairs.

While the hope is for the program to be expanded to include other specialties, Wolpaw said the current goal is to create primary care doctors, of which the country is facing a shortage.

Added Wolpaw, “Pairing students with strong role models can help them hang on to that vision and grow and develop in it at a much earlier time.”

Accelerated program students participate in an innovative year-long, integrated clerkship for their clinical core training instead of traditional block clerkships that last only four to eight weeks each.

Leong said this integrated experience creates opportunities for students to foster meaningful relationships by following a panel of patients over a year.

“They get to see illnesses from the patients’ perspective and see how illnesses are diagnosed, evolve and are treated,” she said.

“By training them this way, they’re more patient-centered and more empathetic. They feel that they are contributing to the patient’s care even as a student, and that’s very powerful,” Leong said.

Medical students typically apply in their fourth year to be matched to one of many residency programs across the country. However, accelerated program participants are accepted into the three-year Penn State Family Medicine Residency Program after three years of medical school.

“This provides a six-year linkage from undergrad to graduate medical education,” Kent said. “This type of program is not simply about a shorter education, but a better education for students who want to go into primary care. It’s efficient, there’s early exposure to patient care and there’s a steep learning curve that allows for an integrated and diverse educational process.”

Because of this continuity, students may serve in the care of some patients the entire time.

“They develop a really important partnership where the student takes care of the patient but the patient becomes a teacher to the students as they’re learning,” Wolpaw said.

“Our students need to know how to foster this therapeutic patient-doctor relationship, which allows them to be more effective with the care of their patients,” she said.

Wolpaw said that inception of an accelerated program is not an effort to replace four-year medical curriculum or traditional programs.

“The intention is to provide flexibility and choices for a relatively small group of students who can define their interests early,” she said.

The concept of an accelerated degree program is not new. It was a popular option in the 1970s and again in the 1990s. Interest renewed now with the shortage of primary care physicians and the desire to reduce school loans. While more than a third of the nation’s medical schools plan to offer accelerated programs, less than one-tenth have them in place.

“Penn State is part of an early movement,” Wolpaw said. “It’s an old idea that is being adapted to 21st century educational programs.”

The College of Medicine also incorporates the principles of patient-centered medical home into the accelerated curriculum. Patient-centered medical home is a health care model where comprehensive care is provided by a team of healthcare professionals coordinated by the primary care physician. It allows students to gain competencies in teamwork, population health, quality and safety, and coordination of care.

“We anticipate that graduates of the accelerated program will be more patient-centered, empathetic physicians who will be well prepared to practice medicine in the new health care environment,” Leong said.

Kent is undaunted by the changes and finds the real challenge is the amount of information that now has to be learned in less time.

“I’ve come to the conclusion about medical school, it’s not hard, it’s just a lot,” he said. “If you increase that by 33 percent a year then it becomes a lot more.”

Kent believes it’s a fair trade off for the security of knowing he’ll continue his education in Hershey. Additionally he recognizes that the faculty who designed the program want him to thrive.

“There’s safety in knowing that there are a lot more people than me invested in my success,” he said.