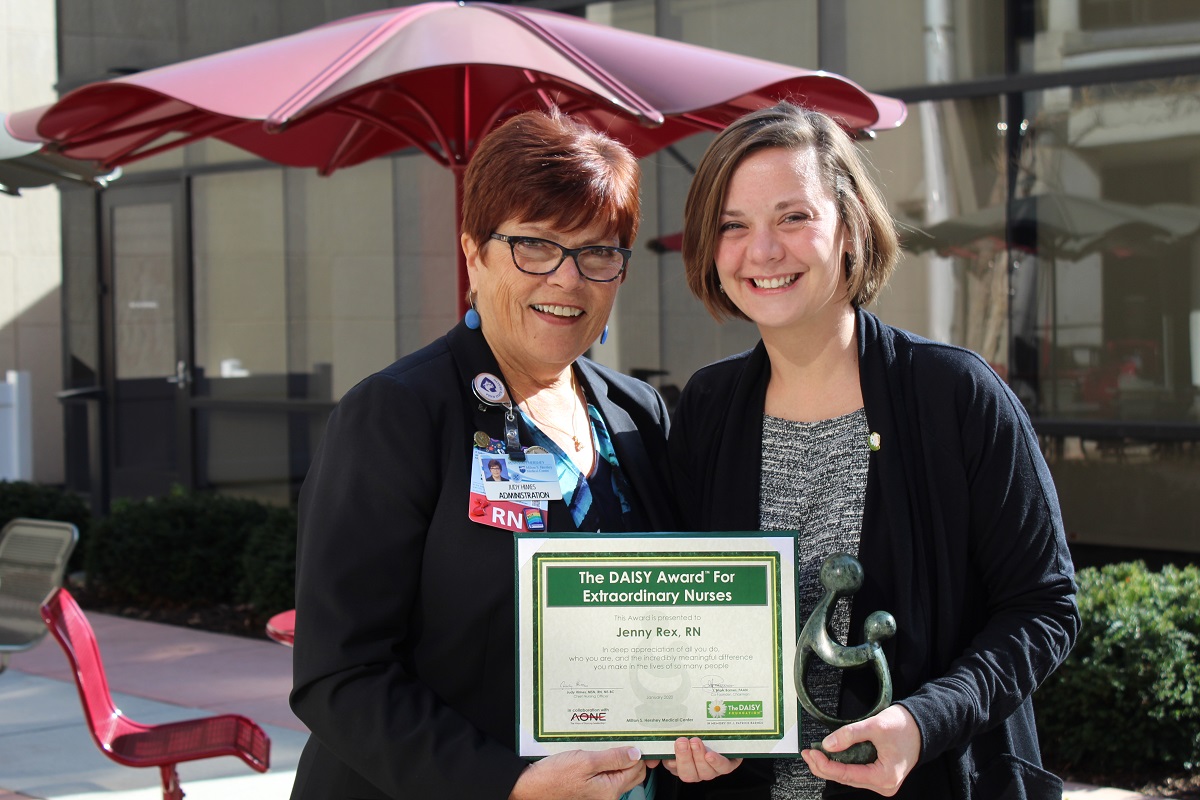 “Jenny is a true example of the values Penn State Children’s Hospital holds most dear,” Appleman wrote in her nomination letter, “and she exudes those every day.”

In October, Rex was walking back to her office after a day of training new graduate nurses. She was carrying an infant simulation mannequin, and when she passed a family, the young boy asked her about it.

Did the mannequin have a trach, the boy wanted to know, because his little sister was going to get one to help her with her breathing.

Yes, the mannequin did, in fact, have a trach, Rex responded. She stopped and showed the simulation doll to the family and allowed the child to play with it. She answered the family’s questions and helped quell their worries.

“Jenny didn’t know this child, his sister or their situation and could have easily smiled and replied in response to the young man’s question and then carried on to her office after a long day of teaching,” Appleman wrote. “Instead, she chose to put our patients and families above her own needs and take the time to calm a young boy’s fears about his little sister.”

The Daisy Award was created in memory of Patrick Barnes who died at age 33 of complications of Idiopathic Thrombocytopenic Purpura. The DAISY Foundation was established by his family to keep his spirit alive. Its primary mission is to express gratitude to nurses for the work they do for patients and their families every day.

Winners are nominated by staff members, patients and their families and selected by Hershey Medical Center’s Patient- and Family-Centered Care Advisory Council. See the award application and past winners on the Nursing Infonet site. Contact Kris Reynolds at 717-531-7025 with any questions.