Drug combination delivered by nanoparticles may help in melanoma treatment 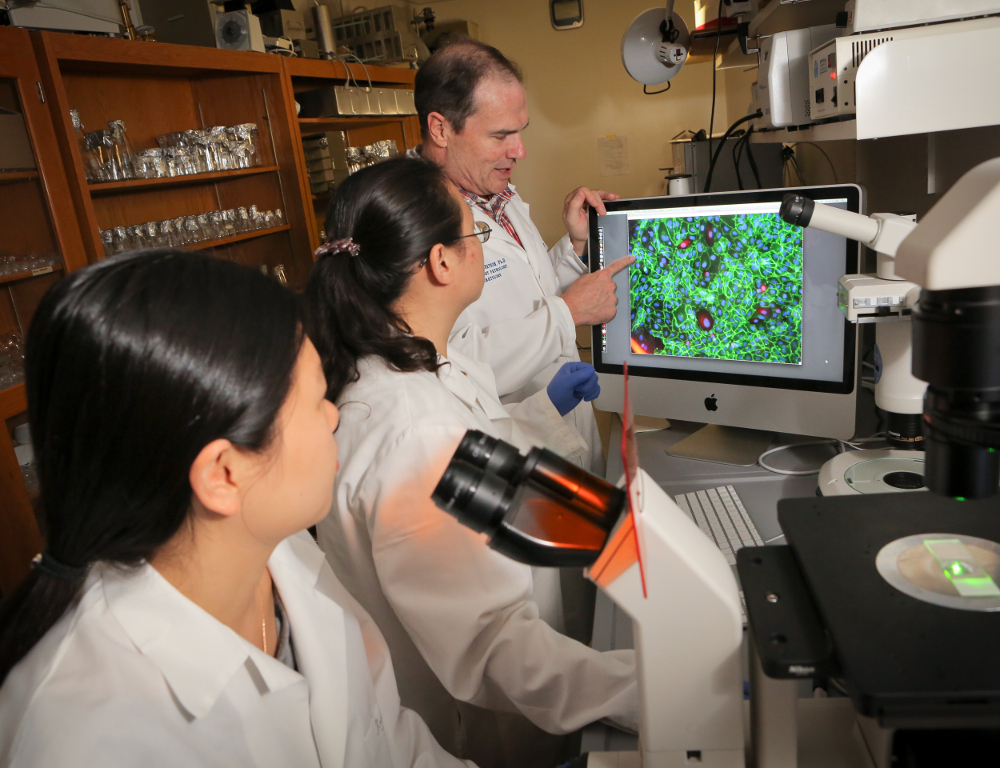 The first of a new class of medication that delivers a combination of drugs by nanoparticle may keep melanoma from becoming resistant to treatment, according to Penn State College of Medicine researchers.

CelePlum-777 combines a special ratio of the drugs Celecoxib, an anti-inflammatory, and Plumbagin, a toxin. By combining the drugs, the cells have difficulty overcoming the effect of having more than one active ingredient.

Celecoxib and Plumbagin work together to kill melanoma cells when used in a specific ratio. Researchers used microscopic particles called nanoparticles to deliver the drugs directly to the cancer cells. These particles are several hundred times smaller than the width of a hair and can be loaded with medications.

“Loading multiple drugs into nanoparticles is one innovative approach to deliver multiple cancer drugs to a particular site where they need to act and have them released at that optimal cancer cell killing ratio,” said Raghavendra Gowda, assistant professor of pharmacology, who is the lead author on the study. “Another advantage is that by combining the drugs, lower concentrations of each that are more effective and less toxic can be used.”

Celecoxib and Plumbagin cannot be taken by mouth because the drugs do not enter the body well this way and cannot be used together in the ratio needed because of toxicity.

CelePlum-777 can be injected intravenously without toxicity. Because of its small size, it also accumulates inside the tumors where it then releases the drugs to kill the cancer cells.  Researchers report their results in the journals Molecular Cancer Therapeutics and Cancer Letters.

“This drug is the first of a new class, loaded with multiple agents to more effectively kill melanoma cells, that has potential to reduce the possibility of resistance development,” said senior author Gavin Robertson, professor of pharmacology, pathology, dermatology, and surgery; director of the Penn State Melanoma and Skin Cancer Center and member of Penn State Cancer Institute. “There is no drug like it in the clinic today and it is likely that the next breakthrough in melanoma treatment will come from a drug like this one.”

The researchers showed the results of CelePlum-777 on killing cancer cells growing in culture dishes and in tumors growing in mice following intravenous injection. The drug prevented tumor development in mice with no detectable side effects and also prevented proteins from enabling uncontrolled cancer cell growth.

More research is required by the Food and Drug Administration before CelePlum-777 can be tested in humans through clinical trials. Penn State has patented this discovery and licensed it to Cipher Pharmaceuticals, which will perform the next series of FDA-required tests.

Other researchers who participated in these studies are Gregory Kardos, class of 2014 graduate student, genetics; Arati Sharma, associate professor of pharmacology, Penn State Cancer Institute and Sanjay Singh, postdoctoral fellow. This work was undertaken though a collaboration of scientists in the Melanoma and Skin Cancer Center, Melanoma Therapeutics Program, Department of Pharmacology and Penn State Cancer Institute.