Clues to child abuse: Dr. Lori Frasier on the frontline of new training

“If it’s never on your radar screen, you’re never going to see it.”

That’s the philosophy that drives Dr. Lori Frasier in her efforts to better train pediatricians and other clinicians to be aware of clues that might suggest abuse.

Frasier is director of Penn State Center for the Protection of Children, division chief of child abuse pediatrics at Penn State Health Children’s Hospital and is board-certified in child abuse pediatrics. She will take her expertise statewide as she partners with the Pennsylvania Family Support Alliance to provide new, state-mandated training of medically licensed professionals that will hopefully lead to better reporting of suspected child abuse. In 2014, 30 children died from abuse. 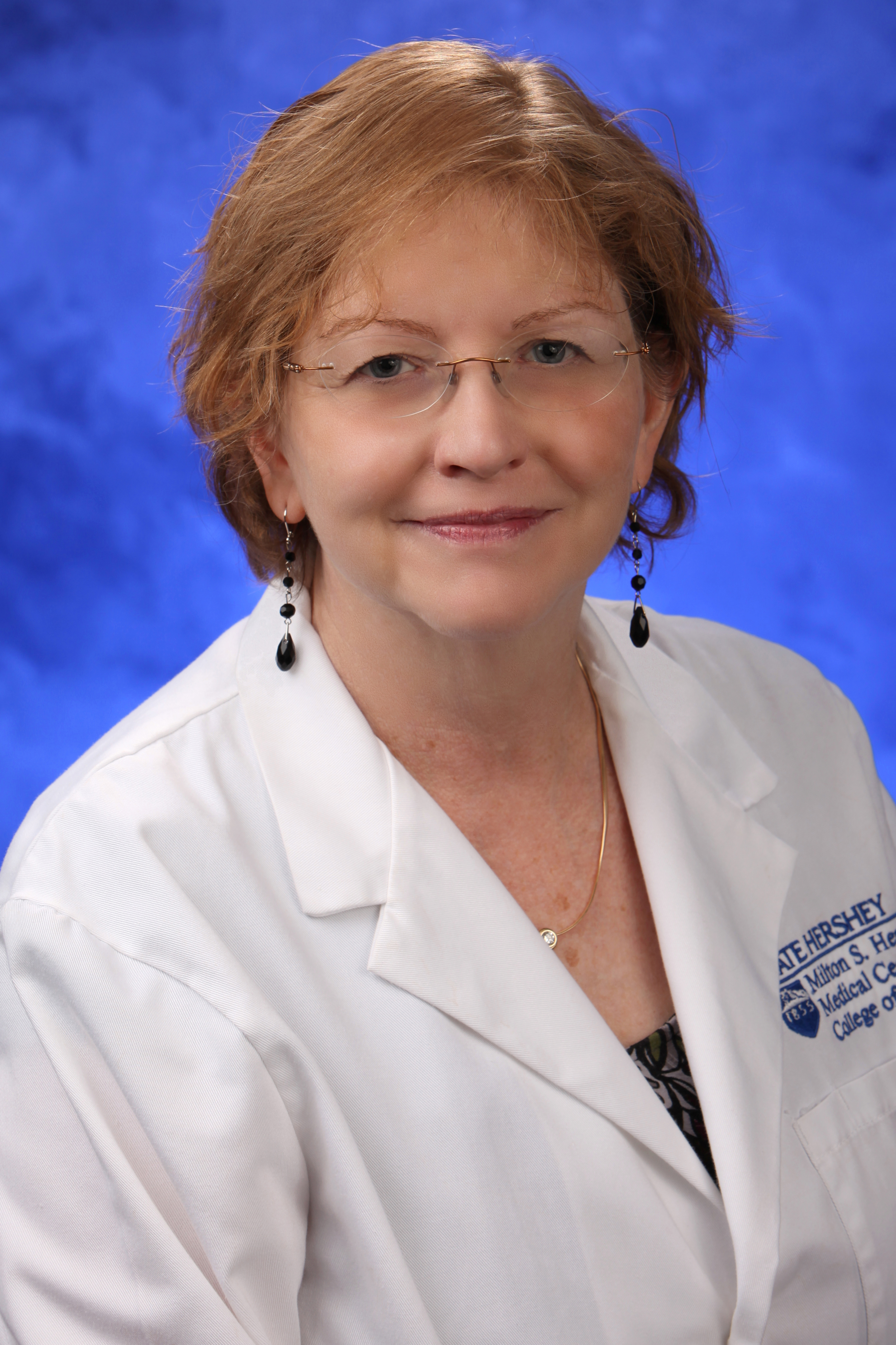 “It’s difficult in that frontline role as the pediatrician, especially if you know the family and have seen them over and over again,” Frasier said. “If you’re not thinking about possible clues of abuse, you’re never going to see it.”

The state’s Department of Human Services recently awarded the alliance a five-year, $2.5 million contract to provide expanded training in recognizing and reporting child abuse for mandated reporters across Pennsylvania.

Frasier will play a key role by developing the clinical training portion that supplements the face-to-face training. Training will be in several formats including Web-based and in-person training.  She is currently drawing up a clinical training outline to teach medical providers what to look for when it comes to recognizing child abuse.

It’s all part of changes to the Child Protective Services Law, which was amended in 2013 and in 2014 to expand the list of people who are mandated reporters – those required by law to report suspected child abuse. The amendment added a training requirement for anyone applying for initial licensure or renewal of a health-related state license. 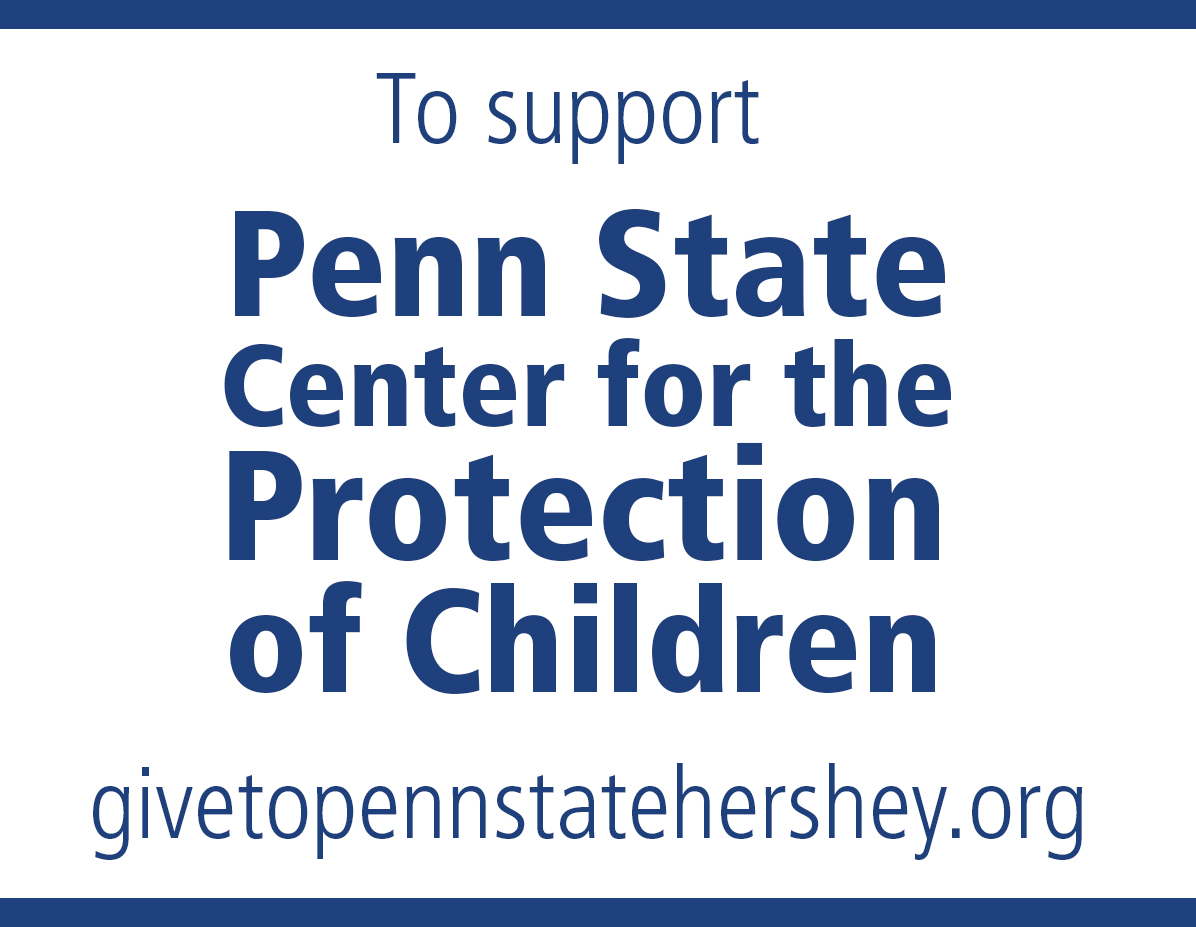 The law requires two hours of training, which, while not a lot of time, will give Frasier the opportunity to present information that will bolster doctors’ knowledge and trigger a desire to learn more.

“There was no requirement for training before this,” she said. “For those who were interested, there have been many trainings and conferences that you could attend, but only if you wanted.”

Frasier’s job is to teach physicians to ask the right questions and do the right exploration to arrive at the right conclusion.

“When you see a bruise, how do you know if it’s physically abnormal or a bruise that could come from normal play?” Frasier said. “What constitutes reasonable suspicion that it may be due to harm?”

Is it abuse? How should a person respond? Click here to read a Medical Minute featuring Dr. Lori Frasier.

If a child is having nightmares and regressing in toilet training, could this be due to sexual abuse or are there other stressors going on in the child’s life that might be the cause of the behavior?

“The pediatrician might think, ‘It can’t be abuse; the child is not afraid of their abuser.’ Or they may think, ‘Why would someone who is abusing a child bring the child to the doctor?’ Well, the abuser can still be concerned about the child,” she said.

Frasier’s training curriculum will also cover how to evaluate children, what lab tests to order, what patterns of fractures to look for that might suggest abuse, and what constitutes neglect, failure to thrive and shaken baby syndrome.

“They’ve lowered the bar from serious physical injury to bodily injury with some impairment of a physical condition and pain rather than severe pain or lasting impairment. In Pennsylvania, we used to have the lowest rate of indicated child abuse in the nation, and we don’t have the lowest rate of child abuse in the nation,” she said, alluding to the impact that reporting parameters can have on incidence reported.

Although many think only of young children when they hear the words “child abuse,” it extends to teenagers as well, Frasier said.

Sometimes signs of abuse are subtle, like a domineering adult who won’t let a child answer for herself, she said. Doctors should make sure that they take the opportunity to talk to the child alone, apart from the adult who accompanied them, Frasier said.

Frasier will also seek to educate physicians on the prevalence of child abuse nationally and statewide.

There were 29,273 cases of suspected child and student abuse reported in 2014, an increase of 2,329 reports since 2013. Of these, 3,340 cases, or 11 percent, were substantiated. Sexual abuse was involved in 53 percent of the substantiated cases, the PFSA reports.

“This is really important,” Frasier said. “I hope this training raises awareness of things that physicians may not have thought about and gives them the confidence that they are reporting suspected abuse based on a reasonable suspicion.”

Hopes are high that training will make a difference. Research conducted by Franklin and Marshall College on behalf of the family support alliance in 2014 showed that when mandated reporters are trained properly, they know how to recognize and report the signs of abuse.

Because of better training, Frasier said, “Next year, I think we are going to see a lot more cases of child abuse reported.”

To make a gift to Penn State Center for the Protection of Children in support of its efforts to stop child abuse and neglect, give securely online at givetopennstatehershey.org.