Custom made for her: New Jersey woman finds new life in heart valve device made at Hershey Medical Center 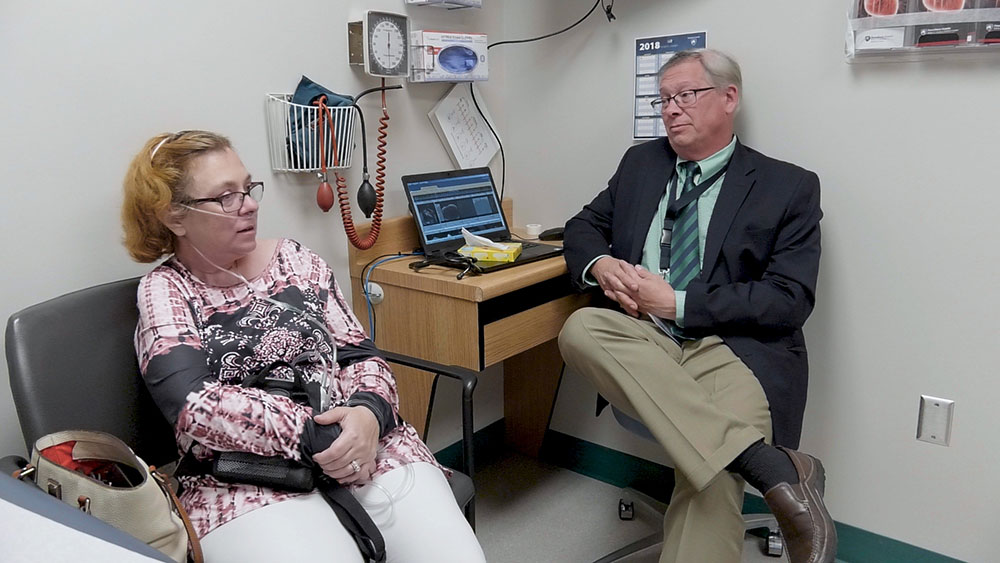 Denise Brown, left, talks to Dr. John Conte about how she feels since he implanted an apical aortic conduit into her heart last February.

Denise Brown is no stranger to adversity. Incredibly, she battled four types of cancer by the time she turned 3 years old.

“I kind of felt like I was unworthy,” said the 49-year-old New Jersey resident. “I said ‘Why me?’ He said, ‘You can’t live without it.’ I felt like a princess getting her pony for the first time.”

“I’ve told Dr. Conte many times that he saved my life,” Brown said. “I don’t know many doctors that would have made something for somebody they don’t even know, let alone such a high-risk patient. He was the answer to my prayers.”

Her childhood cancers have haunted her life in many ways—from the taunts of other children and feelings of inferiority to physical ailments that curtailed her plans and dreams.

At 18 months of age, Brown was diagnosed with non-Hodgkin lymphoma, a cancer that develops in the lymph nodes and lymphatic tissue. Within the year, she was diagnosed with bone marrow cancer. At age 3, a mass in her right breast revealed early stages of breast cancer. Shortly after that came the diagnosis of leukemia. Because her immune system was low, she contracted tuberculosis.

“I was in and out of the hospital constantly for the first six years of my life,” Brown said. “Every week I was having chemo, radiation or cobalt treatments.”

Those six years of treatments scarred her heart valves, compromised her lungs and led to advanced coronary disease, as well as disease of her aorta and blood vessels leading to her brain.

In 2011, she was diagnosed with aortic stenosis, a narrowing of the aortic valve. That’s a problem because the aorta is the main artery that carries blood to the rest of the body.

After several years of seeing doctors at various medical centers for valve replacement evaluations, Brown met Conte at Johns Hopkins in Baltimore in 2016. Remembering the surgeries he did before transcatheter valves took their place, Conte began looking worldwide for an apical connector he thought would work but wasn’t made anymore. Shortly after that, Conte left for Hershey Medical Center, and—desperate for help—Brown followed him.

“He was the only doctor who knew my situation and was willing to do what it took to help me,” Brown said. “I trusted him because he knew what size valve I needed and how sensitive the surgery was going to be.” 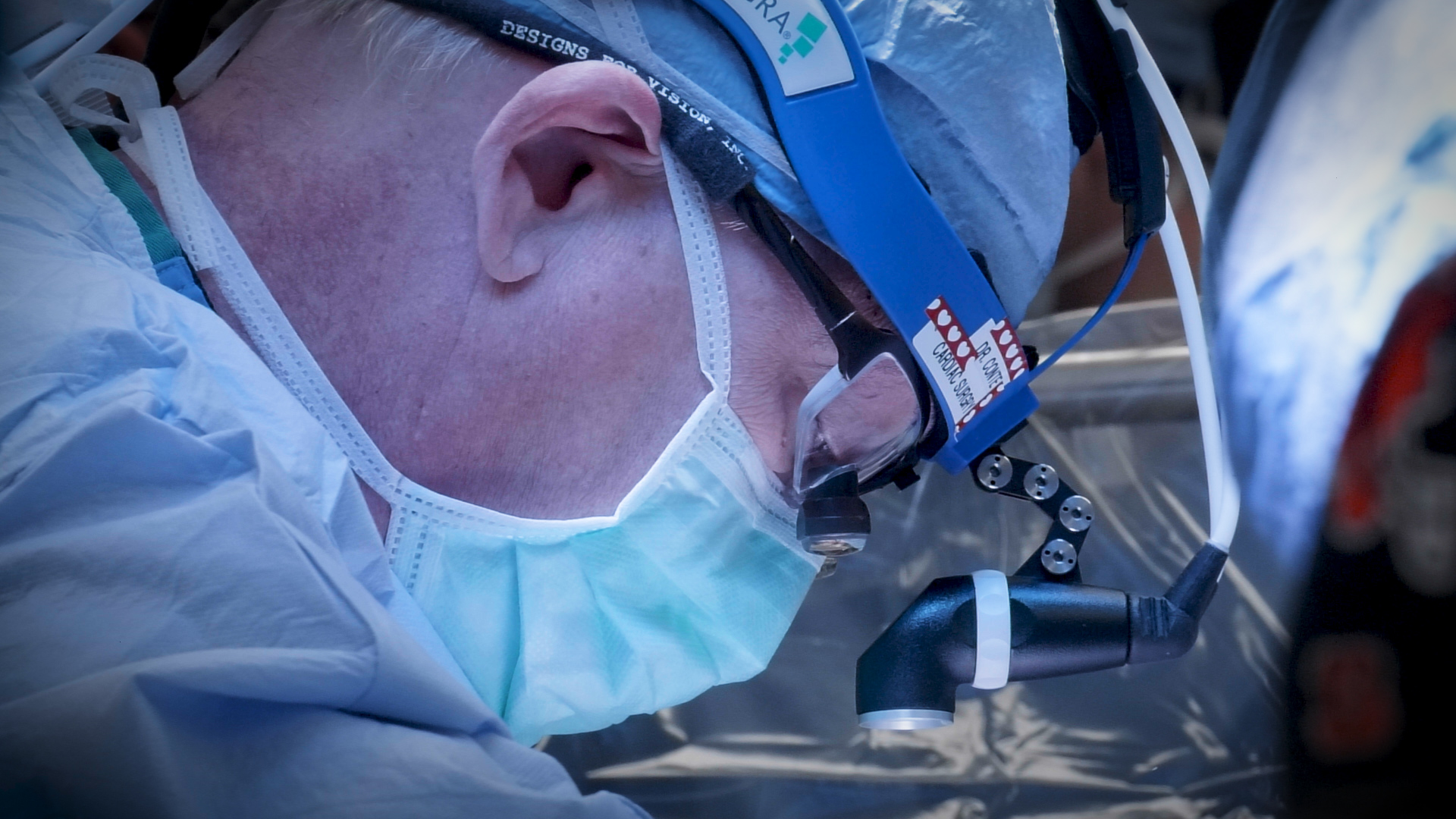 “I guess there aren’t many doctors who had the experience doing this surgery and were lucky enough to be at an institution where you could propose something like this and receive support throughout the regulatory process,” Conte said. “All the stars had to align.”

Gus Rosenberg, chief of the Department of Surgery’s Division of Applied Biomedical Engineering, led the effort to manufacture the apical conduit. The division, world-renowned for pioneering work with the Penn State artificial heart and cardiac assist devices, had made similar devices—but not for about three decades, Rosenberg said.

The polymer fabrication area, complete with 3D printers and software to design and test devices, makes the medical center a standout in its field, Rosenberg said. “Very few teaching hospitals have this type of facility where you can come with an idea, and it can be manufactured in-house,” he said.

“Denise was either going to die because of this or we were going to build one of these apical connectors for her,” Conte said. “From Gus’s mechanical engineering and device manufacturing standpoint, it was a piece of cake.”

Getting permission from the FDA for a one-time compassionate use was much easier than Conte anticipated, and on Feb 28, Brown got her surgery.

Since then, she has lost about 60 pounds of fluid that was due to her failing heart, and the valve is working as well as Conte hoped. She wears a cannula and may have to be on oxygen the rest of her life because her lungs remain compromised, but she says, “I’m not happy about that—but I’m alive.”

These days, Brown can take walks with her husband, Joe, without getting winded, and she thinks about the future with optimism—even though she was recently diagnosed with a recurrence of early-stage breast cancer.

“The battle starts over, but I’m not giving up,” she said.

A life of adversity can foster bitterness or empower gratitude, and Brown says she chose the latter. “Why would I complain? So many other people have it worse than me,” she said. “I want to encourage everyone—don’t give up!”

With Joe—the guy with the dreamy eyes she admired from afar and never felt good enough for in high school—and her dog Gizmo by her side, Brown finds contentment she never thought possible.

A sign in the Browns’ living room bears words that she finally believes: “You are enough.”

“All my life, I was told I’d never amount to anything,” she said. “But Joe says I’m the strongest woman he ever knew, and Dr. Conte says I’m worth it. And you know what? They’re right.” 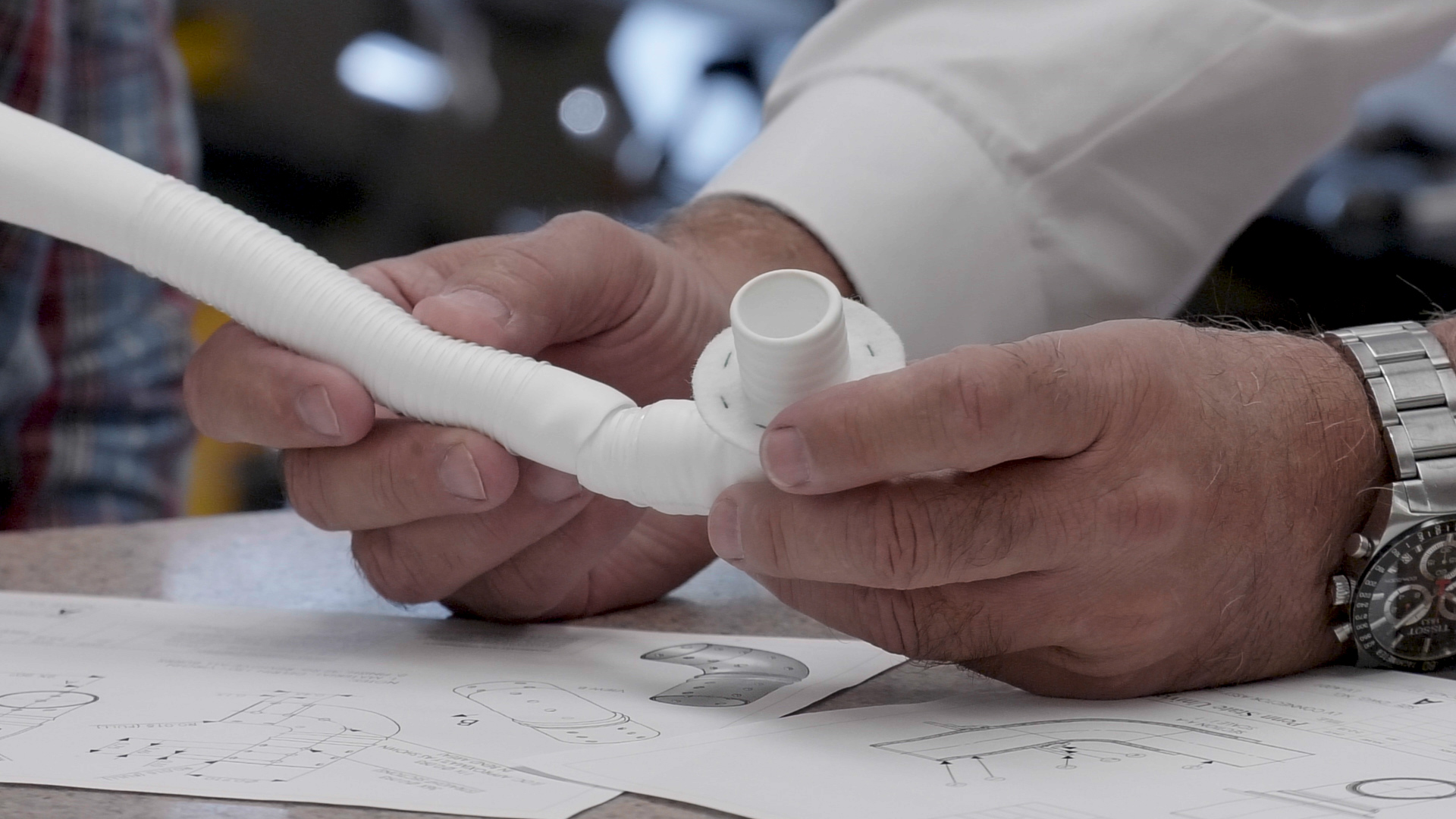