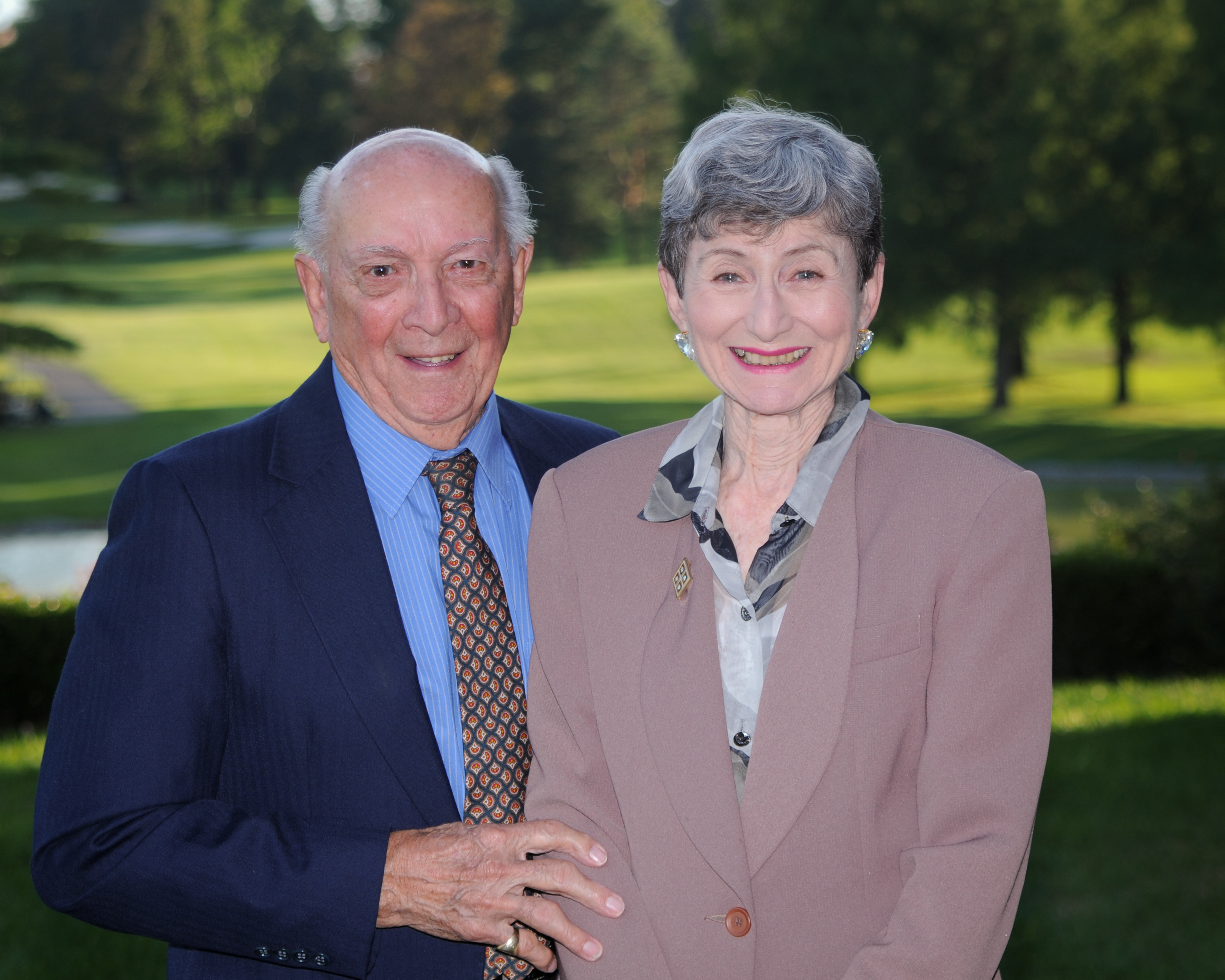 When Penn State students hit the dance floor for THON this Friday, Feb. 17 through Sunday, Feb. 19 at the Bryce Jordan Center, they’ll celebrate the culmination of a year-long fundraising effort that’s expected to raise millions of dollars — and mark the 40th anniversary since THON named Four Diamonds its sole beneficiary. But it’ll be an exceptionally bittersweet moment for Four Diamonds’ founders Charles and Irma Millard, who can’t believe how far the partnership has come.

They founded Four Diamonds in 1972 after their 14-year-old son, Christopher, lost his three-year battle with cancer at the Milton S. Hershey Medical Center. (Read more about the history of Four Diamonds here.) Five years later, Four Diamonds forged the relationship with THON (formally called the Penn State IFC/Panhellenic Dance Marathon), which catapulted the organization’s fundraising efforts and ultimately grew it into the nationally recognized philanthropy it is today.

“It doesn’t seem like it’s been 40 years. It seems fresh,” said Charles Millard, who has attended every THON since the partnership began and plans to attend this weekend’s event.

Four Diamonds supports children and their families at Penn State Health Children’s Hospital facing the challenges of pediatric cancer by paying for care and treatment not covered by insurance or other means as well as additional expenses that disrupt the welfare of the children. It also funds a team of 24 specialty care providers who exclusively serve the physical, mental, emotional and spiritual needs of patients and their families.

One of Christopher’s nurses, Donna Klinger, still works as needed at Penn State Health Milton S. Hershey Medical Center and has seen firsthand how the pediatric oncology department has grown over the years because of Four Diamonds. Klinger, who has worked at the Medical Center since 1972, was with Christopher the night he died and recalled reading a story he penned just before his death about a knight in search of the four diamonds of courage, wisdom, honesty and strength — attributes Christopher’s family believed were symbolic of what was needed to battle childhood cancer. That story and the Millard’s dream of one day ending childhood cancer inspired them to create Four Diamonds. 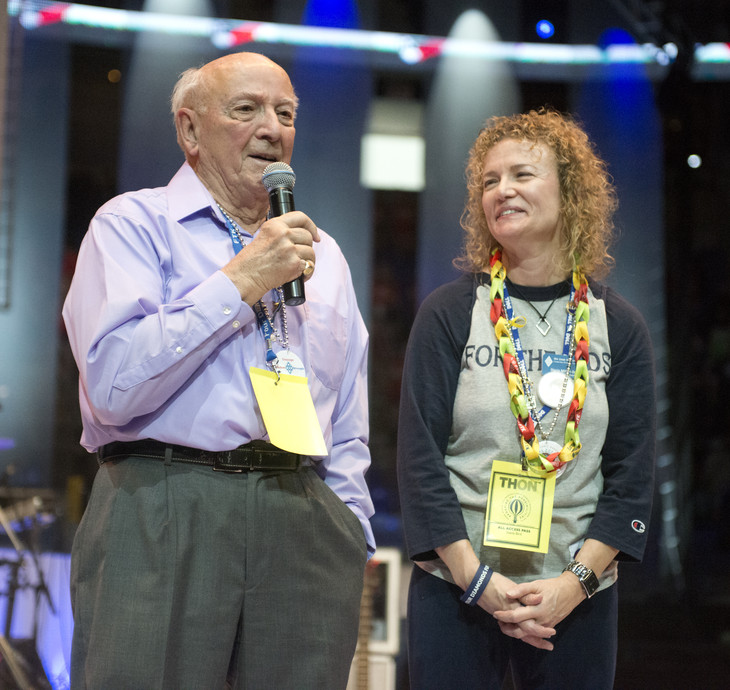 “Christopher was a very focused, very mature young man for 14. He didn’t want to be bothered with idle conversation. He was more interested in talking with you and getting your thoughts on the problems in the world today,” Klinger said. “The Millards never in their wildest dreams thought Four Diamonds would turn out the way that it has. In the beginning, it was just a thing to support cancer research. They just wanted more done for these kids. That’s where it took off.”

After establishing the partnership with THON — then known as Penn State Dance Marathon — in 1977, Four Diamonds’ funding grew immensely. In 1983, THON hit six figures for the first time, raising $131,182. In 1992, THON broke the $1 million mark. In 2007, THON outgrew Rec Hall and moved to its current home in the 15,261-seat Bryce Jordan Center. Since 2009, THON’s fundraising has contributed nearly $87 million to benefit Four Diamonds. Today, the research division has expanded to 84 pediatric oncology research professionals.

Dr. Barbara A. Miller is one of those research professionals. She was recruited in 2004 to fill one of the first two endowed research chairs that Four Diamonds supported. But during her initial tenure at the Medical Center from 1986–2000, she remembers how sparse the research department was. The increased fundraising helped change that. 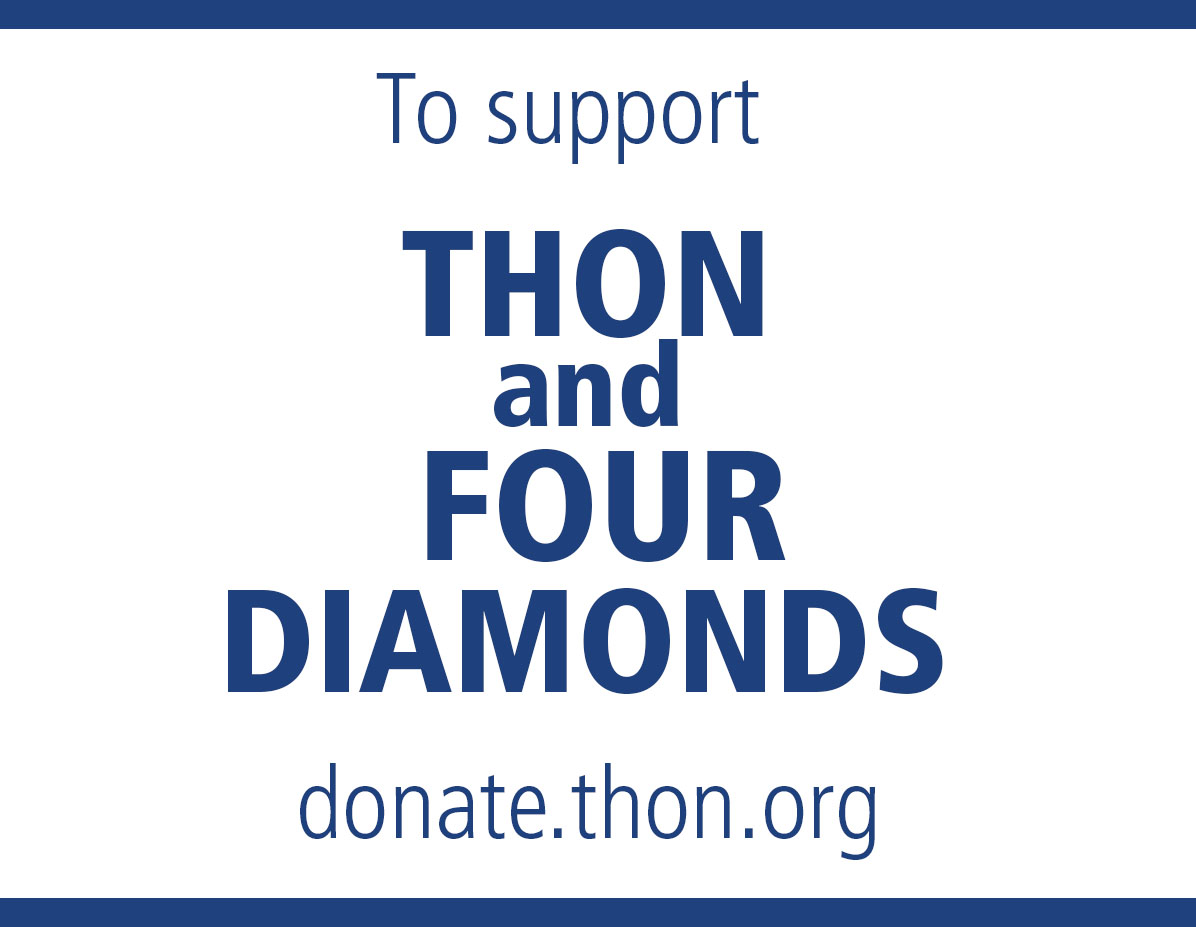 “At that time, almost all of the Four Diamonds money went to care for clinical patients or to support comprehensive care. Very little of it actually trickled down to research,” she said. “As the funding has continued at high levels, we’ve been able to put a greater and greater percent into research and build both our clinical and translational and basic research programs. The work here has gone so well that many of the laboratories are on the cusp of identifying targets which will lead to drug discovery and new trials. We keep moving forward to better understand what the mechanisms are of pediatric cancer. There’s no question that the quality of research here is uniformly very high.”

Because of the financial support from THON, Dr. Miller said, Four Diamonds is now actively recruiting for another endowed chair that will focus on epigenetics and gene regulation research, so researchers can learn more about the genetic changes that lead to pediatric cancer. They’re also beginning to look at genetic predispositions.

“It’s possible that if we better understand these genetic predispositions that make children more likely to develop malignancies, we could start working on ways to prevent kids from developing them,” Dr. Miller said. “I can’t tell you how proud I am of the Penn State program that THON and Four Diamonds support has allowed us to build. It’s really incredible. Whenever I go out of town or am speaking internationally I always, always talk about the Penn State students and how much THON has really contributed to us being able to fight pediatric cancer and build a world-class group.”

The Millards are beyond grateful for the unwavering support of Penn State students. In THON’s inaugural year, 1973, a total of 78 dancers raised over $2,000. Today, the annual event and year-long fundraising effort has grown to more than 16,500 student volunteers and has raised over $137 million for Four Diamonds.

But while Four Diamonds’ success has exceeded all their expectations, the Millards hope one day it won’t be around.

“It’s amazing how THON grows each year. It’s very gratifying,” Irma Millard explained. “But our only hope is that one day we won’t have to do it. It means that there will be a cure for all types of cancer, not only pediatric cancer.”