For people with an aggressive form of non-Hodgkin lymphoma, treatments can be limited. Enter a new treatment called Yescarta. Yescarta, or axicabtagene ciloleucel, can be nothing short of “miraculous” for these patients, according to Dr. Shin Mineishi, a medical oncologist at Penn State Cancer Institute. Based on the campus of Penn State Health Milton S. Hershey Medical Center, the Cancer Institute is the only hospital in central Pennsylvania that offers this last-resort treatment for certain cancer patients.

Diffuse large B-cell lymphoma is the most common type of adult non-Hodgkin lymphoma. Approximately 30,000 people in the U.S. are diagnosed with it every year, according to the FDA. People with this form of cancer have rapidly growing tumors in their lymph nodes, spleen, liver, bone marrow or other organs.

Mineishi says that most patients can be treated with chemotherapy. Unfortunately, some of those who don’t respond to the standard treatments may progress quickly and die.

Yescarta, which is part of a growing field called immunotherapy, could be a game-changer for these patients who have exhausted all other options. In a clinical trial published in the New England Journal of Medicine in December 2017, 82 percent of 101 patients who received Yescarta responded to the treatment, with 54 percent of the recipients in complete remission. A year and a half after the treatments, 52 percent of the patients were still alive.

What is CAR-T Therapy?

In the U.S., Yescarta is one of only two approved CAR-T therapies, which boost the body’s immune system against cancer. In these treatments, a patient’s own T cells, a type of white blood cell, are modified to better target their tumor cells.

“CAR-T cell therapy is one of the most important therapies to hit oncology in the past 20 years,” says Dr. Raymond Hohl, director of Penn State Cancer Institute. “It can put people who don’t respond to standard treatments into remission and it can potentially cure them of their cancers. So this is a very, very exciting approach.”

In this technique, a patient’s own T cells are removed from their blood and modified to have special receptors on their surface called chimeric antigen receptors (CARs). These receptors are important because they recognize and attach to proteins on tumor cells. The modified T cells—called CAR-T cells—are expanded and then infused back into the patient. When the CAR-T cells recognize the tumor cells, they proliferate and attack.

Mineishi says that in the days leading up to the infusion, patients will receive weak doses of chemotherapy to slightly suppress their immune system. Once the infusion is ready to be administered, patients will be admitted to the bone marrow transplant in-patient service. There, they’ll be monitored daily for at least two weeks following the treatment. After being discharged from the hospital, they’ll be asked to check in a few times a week during the first two months. After that, they should be able to resume their normal appointments.

What’s more, patients who are in remission after CAR-T therapy may be able to receive bone marrow transplants, Hohl says, which could increase the chance of their cancer being cured. 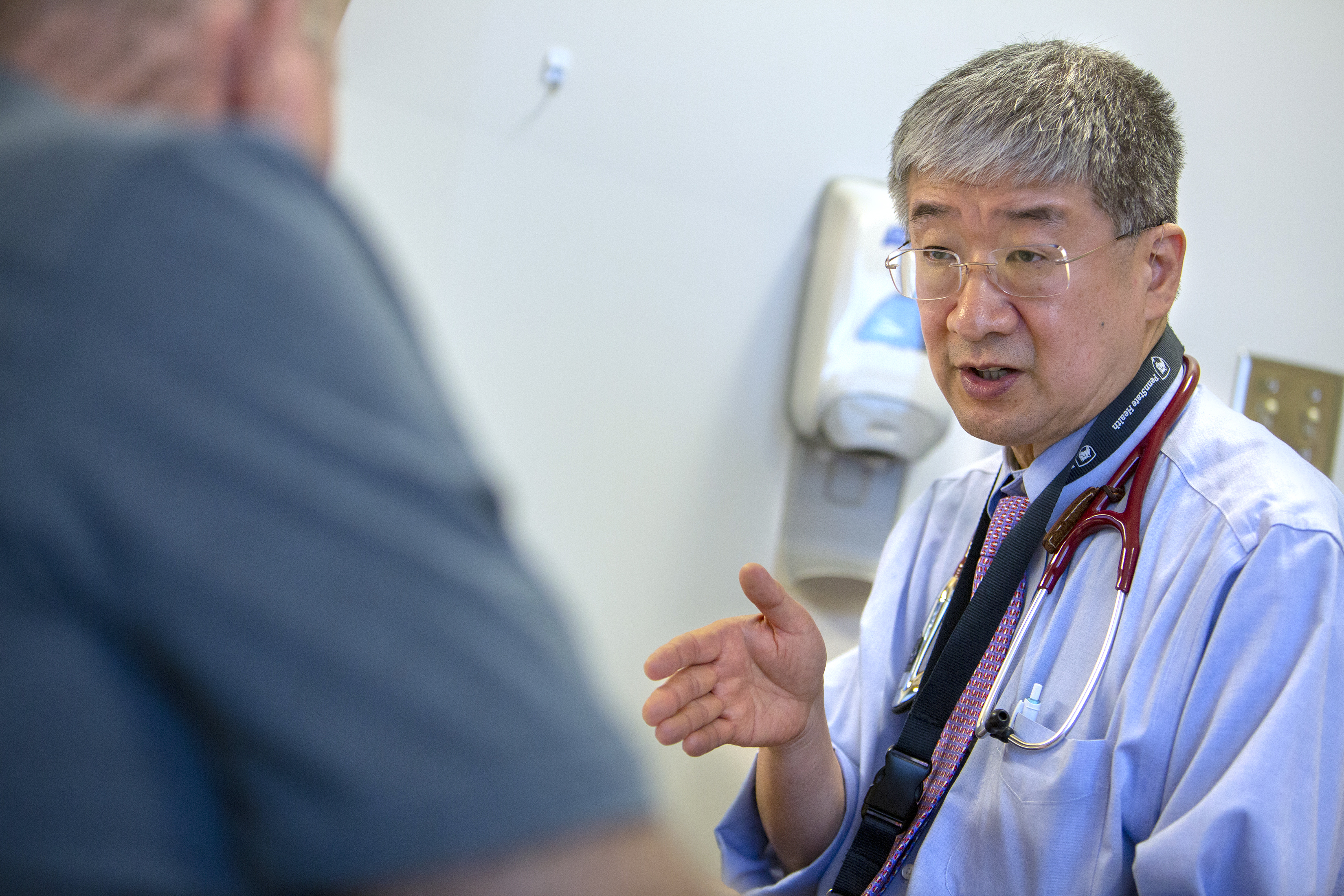 “While this approach is extraordinarily exciting in terms of the outcome it has for patients, it can also be very complicated,” Hohl said. “Patients can get very sick very quickly if the treatment isn’t appropriately delivered or delivered in an appropriate environment.”

Kite Pharma, the manufacturer of Yescarta, chose Penn State Cancer Institute as one of a small number of facilities in the U.S. that can administer the treatment. Cancer centers like Penn State Health’s that have bone marrow transplant programs were chosen because they already have the infrastructure in place for cell transfers. Kite trained Mineishi—a world-renowned bone marrow transplant expert—along with a group of other Penn State Cancer Institute staffers―on how to use Yescarta.

“The approach is one that really requires an absolutely first-rate medical center,” Hohl said. 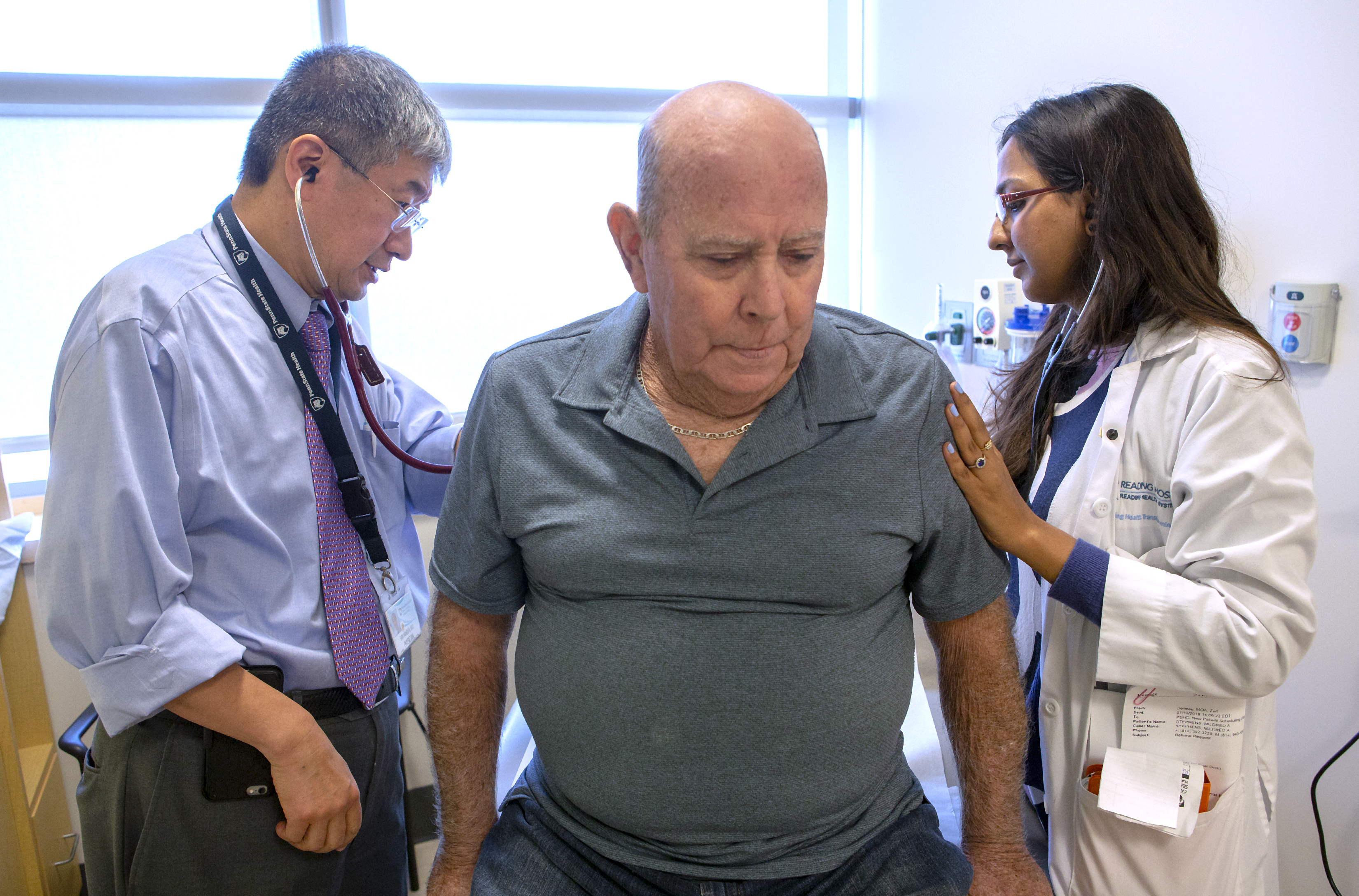