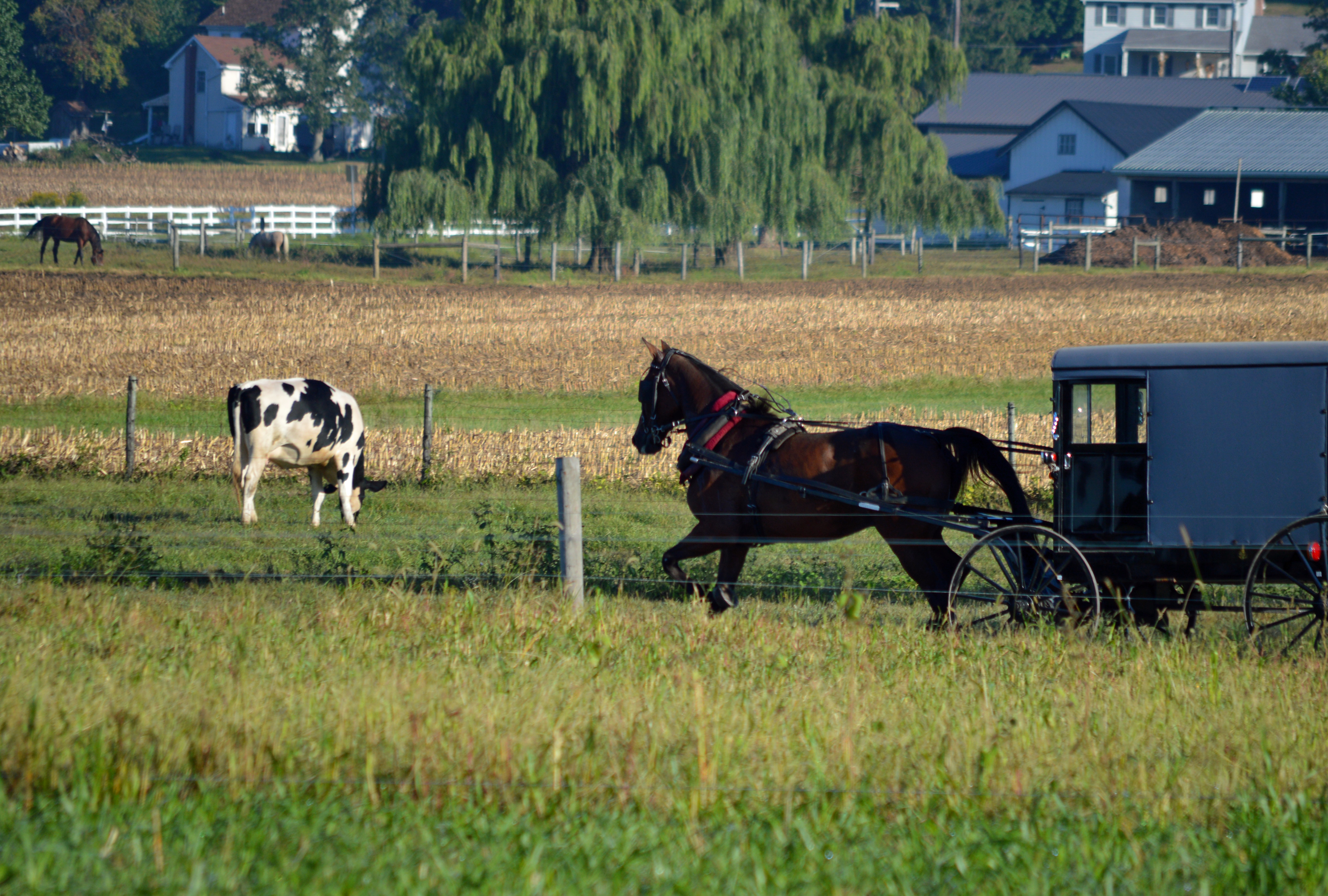 A stock image of an Amish farm.

Beyond the picturesque barns and horse-drawn buggies that define Pennsylvania Dutch Country lurk farm dangers that can land children in the hospital.

Preventing injuries and death on farms across the state is a priority, thanks to a unique partnership between medical personnel from the Children’s Hospital and Lancaster General Hospital, Penn State Cooperative Extension and the Pennsylvania Amish Safety Committee.

“We are the referral center for many of the Amish and Mennonite children from Lancaster County,” said Penn State Health Children’s Hospital Pediatric Trauma Coordinator Beverly Shirk, who is involved in the joint safety effort. “We meet on their turf and we talk about injuries we see in our trauma centers, particularly to children.”

The PA Amish Safety Committee is made up of a group of five elected Old Order Amish men from Lancaster County, home to more than 5,000 farms, most of which are owned by Amish and Mennonite families. The men provide free safety programs in Pennsylvania German across the state and beyond and help other counties start their own safety committees.

Often the Amish will identify common farm hazards and bring them to the safety coalition meetings for input and advice, Shirk said.

“It’s so important to target this Anabaptist population because they don’t have any other avenues to learn this information. Often what they know is handed down from generation to generation and it may not be scientifically-based. They don’t watch TV or use the Internet and they are not going to FFA or 4H meetings,” Shirk said. “However, they are very open to education and demonstration, particularly as a tool for learning.”

Lancaster County Cooperative Extension educator Kay Moyer, a registered nurse, is active in the farm safety partnership and visits Old Order Amish and Mennonite schools across the state to present her “Farm and Home Safety Program,” providing students with coloring books, poison control stickers and farm safety information she hopes they will take home to their parents. Using puppets dressed like members of their community, she invites the school children to participate in puppet shows on farm dangers and she distributes simulation storybooks that she has written herself, accompanied by drawings of Amish and Mennonite children.

“Using simulation stories can be a very powerful tool that influences the person’s knowledge and behavior without someone preaching or telling them what they need to do. Simulation stories help the person come to their own conclusion that change is best,” she said.

The safety committee recently tackled the problem of children falling through hay holes, which are used to throw hay from the upper level of the barn down to the cows below.

“Children may be doing work or they are bystanders to older siblings or parents who are working in the barn – or they may be just having fun playing up in the barn,” Shirk said. “It’s usually a 10-to-12 foot fall onto concrete below, which results in head injuries. The Amish themselves asked us, ‘What can we do?’”

The committee, in conjunction with doctors and staff, developed a hay hole cover made from netting and financed through a grant from the Marshfield Clinic, a national organization for farm safety. Vetted by the agriculture department at Penn State University Park, the covers were given free to farmers before the start of last year’s summer season. They were very well received, Shirk said.

Moyer also oversaw distribution of yellow and orange safety vests for Amish children to wear when they are walking on the roads, flags for their scooters and bikes and reflective material for the side of their buggies.

Efforts are paying off, Moyer said.

“I’ve been doing education in the Amish schools since 1994 and this is the first year that hay holes aren’t the No. 1 cause of head injury,” she said.

Much of the farm safety efforts center around educating the Amish about what kinds of farm work children may safely do at what ages, Shirk said.

“Part of the culture of the farm is to start working young. Finding the children safe jobs to do is very important. In our outreach education, we spend a lot of time talking about how brain development occurs – that a higher level of reasoning that can assess possible risks or dangers of a task is not present until an older age,” she said.

Amish men on the safety committee recently brought up another hazard they wanted to address – children getting run over by farm equipment.

Children often run into the barnyard to see who has arrived or to be part of the activity going on and they end up getting run over by skid loaders or forklifts, Shirk said. Using grant money, Moyer researched and developed a farm equipment safety activity book and purchased 17 back up cameras that were distributed to the first Amish farmers who expressed interest in installing them on their farm equipment. The safety committee hopes to get additional grant money for more cameras and also encourages farmers to buy their own backup cameras.

Although Amish do not own cameras and generally don’t like to be photographed, they are open to having cameras on their equipment for safety, Shirk said.

“Awareness is so important,” Shirk said. “At breakfast each day, it would be great if the parents would say, ‘Here’s the work ahead of us today and here are the risks and how to manage them.’ That’s not happening now in most cases, but that’s our ideal.”

Such education is critically important not only for safety but from a financial standpoint since most Amish and Mennonite patients are self-paying for medical care. Hay hole covers, for instance, cost about $40 vs. potential costs of $60,000 or more to treat a head injury, Moyer said.

The coalition of medical educators also does education at First Responder Training, focusing on prevention and educating people on the signs of a serious head injury and how to know if immediate medical attention in needed.