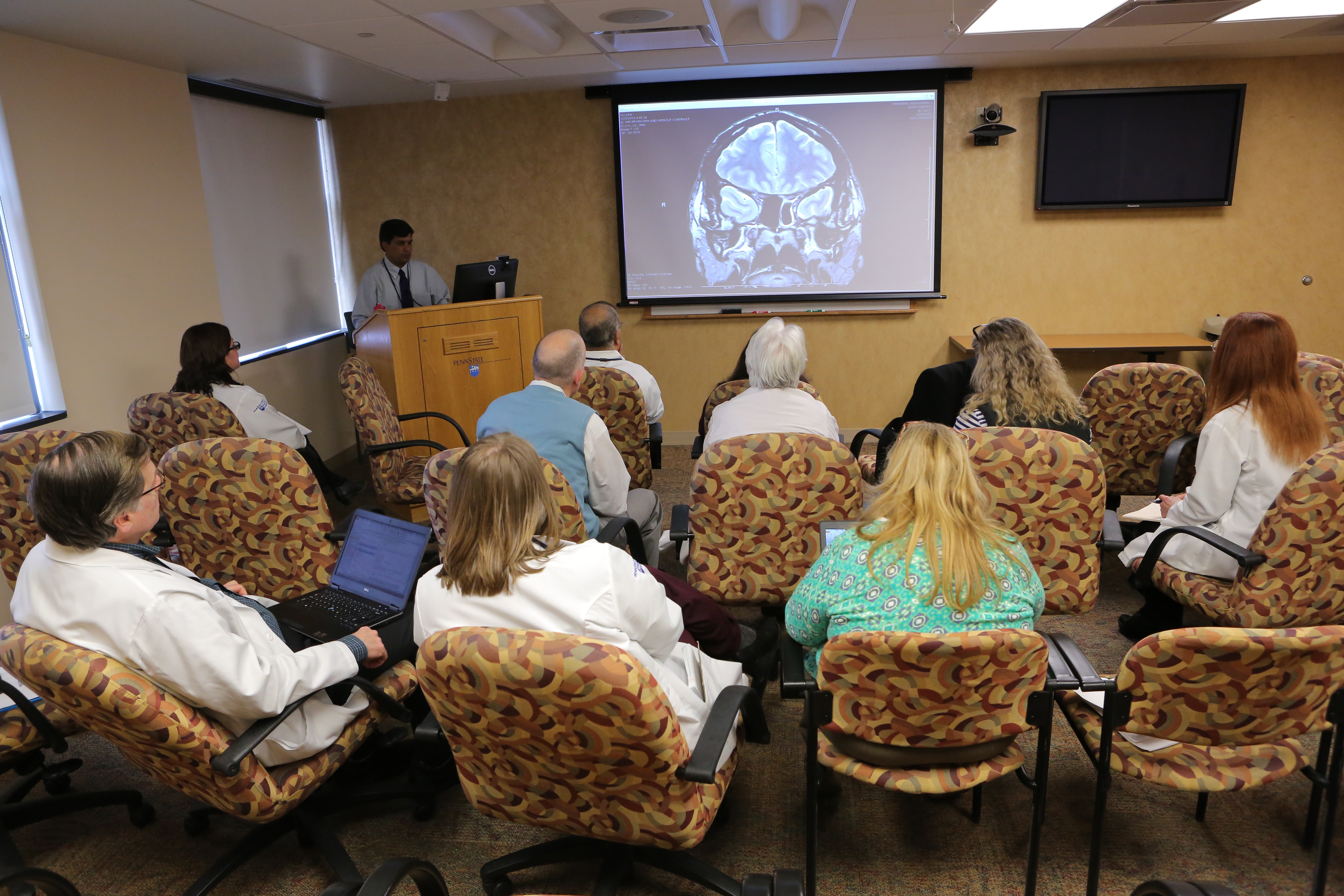 Like many mothers, Lorraine Schaeffer wanted to give her daughter every childhood opportunity possible, from play dates to participation in school and community activities.

Her epilepsy, however, stood in the way.

“I had to tell her ‘no’ so many times,” recalled the East Hanover Township resident. “It hurt me and I knew it hurt her even more. My daughter was getting ripped off in life because of my problem.”

The neurological disease had been Schaeffer’s nemesis since high school, when she experienced strange times of feeling like a “volcano” overtook her body and literally stopped her in her tracks.

In young adulthood, she found herself sitting in her boss’s office surrounded by concerned co-workers – and she could never remember how she got there.

“I wouldn’t pass out, but suddenly I would start staring into space and I’d be off somewhere else. When I’d come back to my senses, I wouldn’t know where I was, but my boss would tell me it had happened again,” Schaeffer said.

A febrile seizure – one caused by high body temperature as a baby—scarred the right temporal lobe of her brain and eventually caused seizures.

Her first car accident happened when she was in her late 20s. She can’t recall the details, except that it involved only her car and no one was injured. It was then, however, that she first heard the diagnosis of epilepsy and began a long and frustrating journey of coping with anti-seizure medications that didn’t work.

Schaeffer eventually lost her driver’s license because of the seizures and daily life became a struggle for the divorced, young mother.

“It was absolutely horrible,” she said. “I had this young girl and I needed to make sure she could be in Girl Scouts and get to school activities, but I couldn’t get her there.”

All that changed when the Adult Epilepsy Monitoring Unit at Penn State Health Milton S. Hershey Medical Center opened in May 1990. Schaeffer was the first patient admitted to what was then central Pennsylvania’s only dedicated epilepsy unit.

“The concept was brand new,” said Cathy McNew, who was hired as a nurse coordinator to help start the program. She later became a nurse practitioner and has been at the unit for its entire 25 years.

The unit began with two beds and two purposes – to definitively diagnose seizures as epilepsy-related and, and for those patients, to identify what part of the brain generates the seizures and evaluate whether a surgical procedure could help.

“Epilepsy is actually one of the most treatable diseases in neurology if you combine approaches of medications, surgery and neurostimulation, and address patients’ overall quality of life,” said Dr. Jayant N. Acharya, director of the unit and the Epilepsy Center “People are surprised to hear that.”

For people who live in the unpredictable world of seizures, several days spent in the monitoring unit can be life transforming.

“Much has improved in the ways in which we are able to monitor individuals for difficult-to-control or difficult-to-diagnose epilepsy,” said Dr. Michael Sather, surgical director of the center. “Imaging has improved to pick up more abnormalities than before without invasive monitoring and, for those who need invasive monitoring, we’ve done a good job of making it less invasive with better results.”

Schaeffer was closely monitored by an in-room video while EEG electrodes provided information about changes in the electrical activity of her brain during and in between seizures. For the first time, specialists were able to find the source of her seizures and determine that she was a candidate for surgery to remove the area of her brain that caused them.

“The video records what the patient does during the seizures – head turning to a particular side, posturing of a hand or arm, symmetrical shaking of the arms and legs – these can all be indicative of where the seizures are starting,” McNew said. “The only predicable thing about seizures is that they are unpredictable.

For patients who need further evaluation, a more invasive monitoring is done. This used to mean open brain surgery, where doctors removed a piece of skull to place a sheet of electrodes onto the surface of the brain to monitor seizures. Once surveillance was over, a second surgery was needed to remove the internal electrodes.

“Now we do a procedure using a depth electrode the thickness of a spaghetti noodle,” Sather said. The electrode is placed through a small incision in the skin and a small hole in the skull. “Patients do much better with less pain, less bleeding, less swelling and faster recovery,” he said. “More than 90 percent of invasive monitoring is now done this way.”

Mesial temporal lobectomy – the removal of a portion of the temporal lobe of the brain – is the most common and most successful type of epilepsy surgery, Sather said. Patients have more than a 70-percent chance of being seizure-free.

In the 25 years since the unit opened, the complexity of surgeries done at the Medical Center and the advancement of technologies for testing and evaluation have increased, Acharya said. Advancements include the skull-implanted NeuroPace, which works like a cardiac pacemaker to deliver electrical stimulation to the brain whenever a possible oncoming seizure is detected.

Surgical options have also evolved. Laser surgery, rather than a resection, is now a possibility for some patients where the exact source of seizure is known. Under MRI guidance, a laser fiber is placed in the brain to remove the seizure area. The seizure-freedom rate is smaller – at 50 percent – but for those who would shy away from open brain surgery, it represents help they would have otherwise missed, Sather said.

Back in 1991, a year after her evaluation at the unit, Schaeffer – against advice from most of her family – found the courage to undergo a temporal lobectomy.

“Only my father was willing for me to take the chance to get better. Others said, ‘They’re cutting into your head, Lorraine. What are you thinking?’ I said, ‘I’m thinking I can’t go on like this,” she recalled.

It was a decision she has never regretted.

“It gave me my world back. I got my wings! I was able to make decisions about what to be involved with, and I could finally be the mother I wanted to be,” said Schaeffer, now 65, who has not experienced a seizure since then.

Words like those are the reward that McNew says she gets from her position at the unit, which has expanded to four adult beds and two pediatric beds.

“How much we can change people’s lives when we can stop their seizures” McNew said. “That’s what makes this so rewarding.”