Researcher calls THON an inspiration for his work

Hong-Gang Wang, Ph.D., director of the molecular oncology program at Penn State College of Medicine, has the same energy and devotion as THON participants about finding the cure for pediatric cancer.

“THON is not simply a fundraising event, it generates inspiration,” he says. 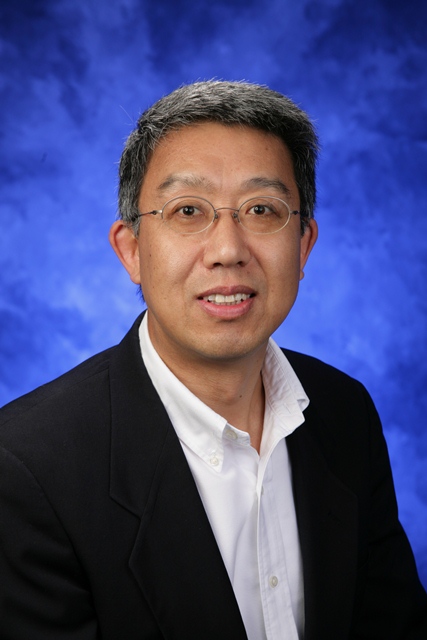 Wang has been studying pediatric cancer since he arrived at the College of Medicine in 2008. As a father, he understands what families with sick children endure. As a researcher, he always looks towards the future. His research focuses on autophagy, a process where the cancer cells eat themselves, resulting in a recycling process.

“Autophagy helps tumor cells survive the assaults of treatment,” Wang says. Cancer treatment causes stress to the cancer cells, which is supposed to kill them. Through autophagy, cancer cells are relieved from this stress and recycle toxic materials for survival.

What controls autophagy? When and how does it happen? Wang is seeking the answers to learn how to manipulate the process. He wants to find a way to switch autophagy from “pro-survival,” where the cancer cells recycle harmful intracellular garbage, to “pro-death,” where the cancer cells use autophagy to kill themselves. By selectively tempering autophagy, cancer treatment would be more effective, and cancer could be prevented altogether.

“It’s critically important to have funding for such cutting-edge research,” Wang says. With THON and the Four Diamonds Fund, he has the flexibility to be innovative. The dedication and efforts to raise money and awareness inspire Wang to discover more solutions.

“Everyone is inspired by THON: the participants, the children, and the families,” he says. “I want to be a part of THON by working hard to seek the cure for pediatric cancer.”

The Four Diamonds Fund was created in 1972 by Charles and Irma Millard in honor of their son Christopher, who lost his battle to cancer at age 14. Since then, more than 3,300 children and families have been assisted with the costs that insurance doesn’t cover.  The Four Diamonds Fund became the sole beneficiary of THON in 1977, and THON has since raised more than $101 million for pediatric cancer patients and research.  The Four Diamonds Fund also sponsors 41 researchers at the College of Medicine, all driven to find a cure.

THON weekend kicks off tonight at 6 p.m. at the Bryce Jordan Center in State College. Watch live in high-definition: www.thon.org.