Amy Bair says she owes her son’s life to the actions of her daughter – and medical personnel agree.On the afternoon of June 15, nine-year-old Carrie Bair walked out to their family’s pool to find her young brother, Jackson, lying face-down in the water. He appeared unresponsive. Carrie pulled the three-year-old from the water by the back of his shirt.

“I tried to talk to him, but he didn’t talk,” Carrie said. That’s when she wrapped her arms around her brother’s body and squeezed him. Within seconds, Jackson coughed up water and started breathing again. Carrie beckoned to her mom, Amy, who called 911 then rushed to her son’s side.

“By the time I got to him, he was breathing. He had his eyes open, but he was limp,” Amy said. 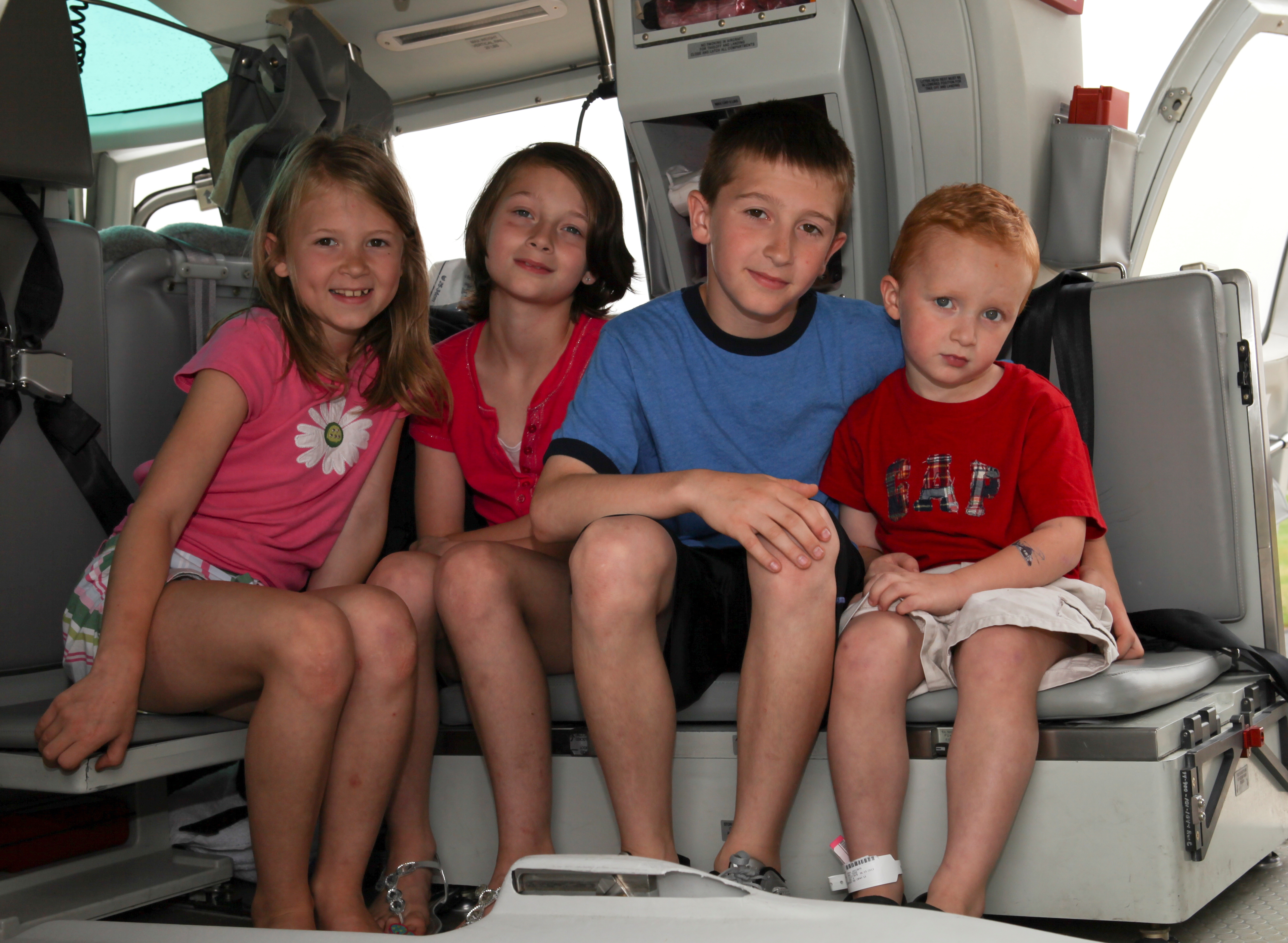 Caeley, Carrie, Jared and Jackson Bair get an inside look at a Life Lion aircraft.

Three days after he was admitted, the spry red-haired boy walked out of the hospital, flanked by family members. They made their way to the Life Lion hangar, where Carrie was presented with the Life Lion Life Saver Award by Dale Maljevac, a flight nurse who cared for Jackson in flight just days earlier.

“Because of your actions, your brother will be given the opportunity to play with you and grow old with you,” Maljevac said.

“Words can’t express how I feel about my daughter. She saved my three-year-old’s life,” Amy Bair says. “I’m just very proud that she stayed calm and she knew what to do.” 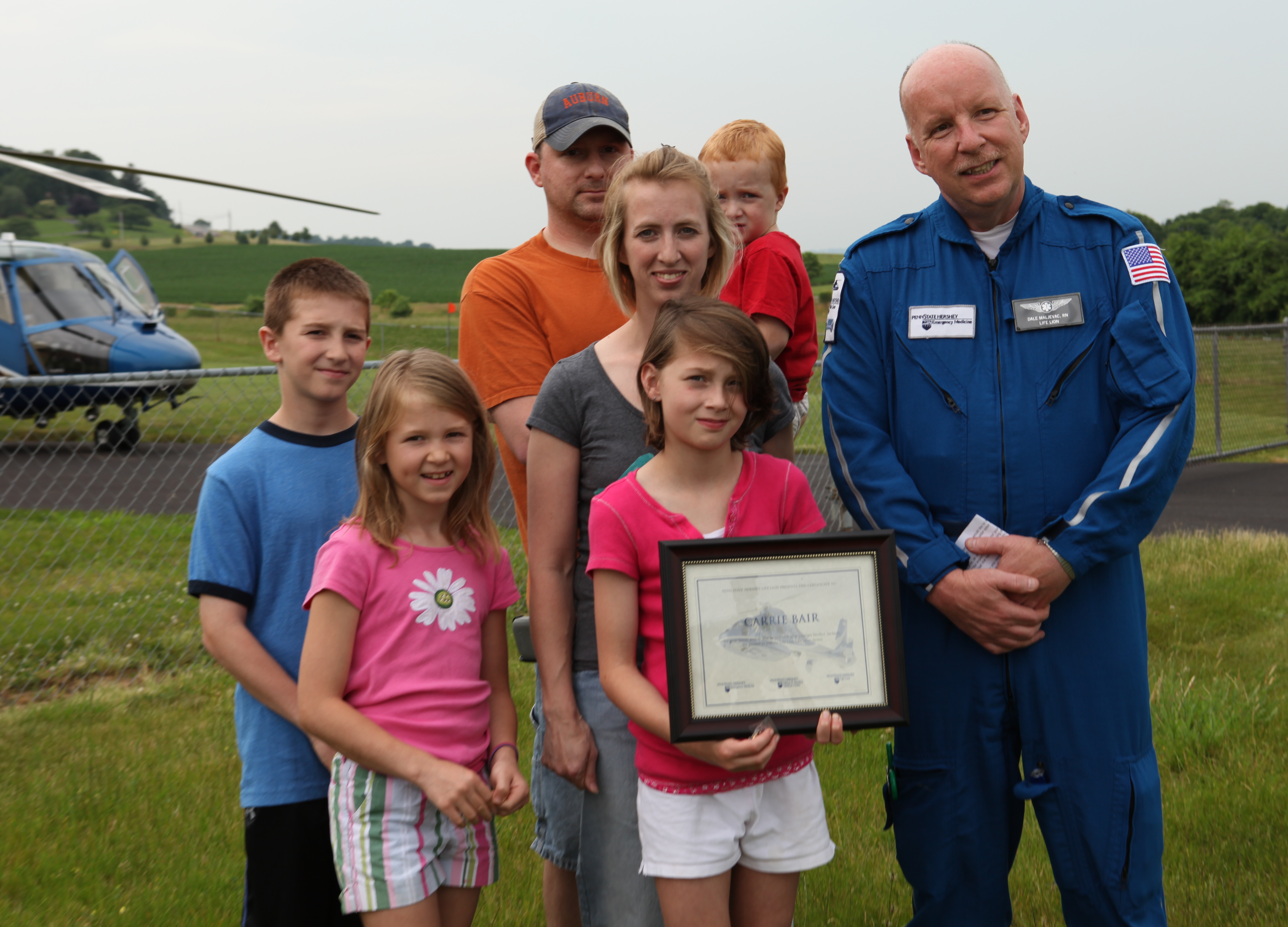 Carrie says she knew what to do thanks to first aid training she received as part of swimming lessons at the Hanover Area YMCA. Amy says she hopes her daughter’s actions inspire other parents to seek out similar training for their children – with the realization that they, too, could end up saving a life. It’s important to teach the young about the survival supplies and skills they will need to use throughout their lives.